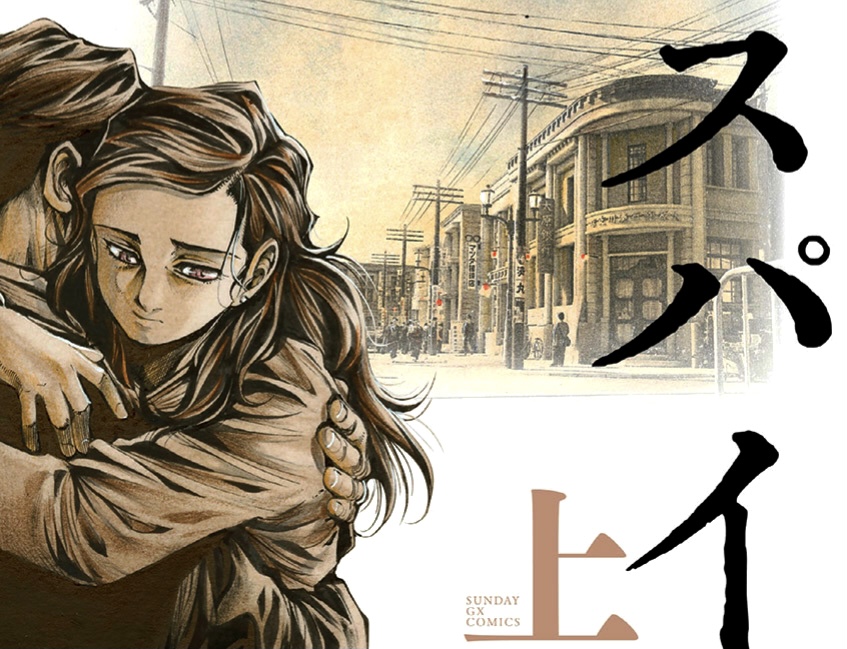 I’ve discussed Kiyoshi Kurosawa’s latest film here at Otaquest before, and with good reason. Wife of a Spy is not only considered one of Kurosawa’s best films in recent years, it’s winning awards on the festival that back up these claims, including the film’s recent Silver Lion-winning showcase at the Venice Film Festival. Alongside the film, a manga adaptation is currently being serialized in seinen manga magazine Monthly Sunday Gene-X. Illustrated by mangaka Kakizaki Masasumi, known best for their illustration work on Rainbow alongside George Abe, the first chapter of Wife of a Spy is available to preview online, with the first tankobon volume of the manga being compiled and released this past Monday. 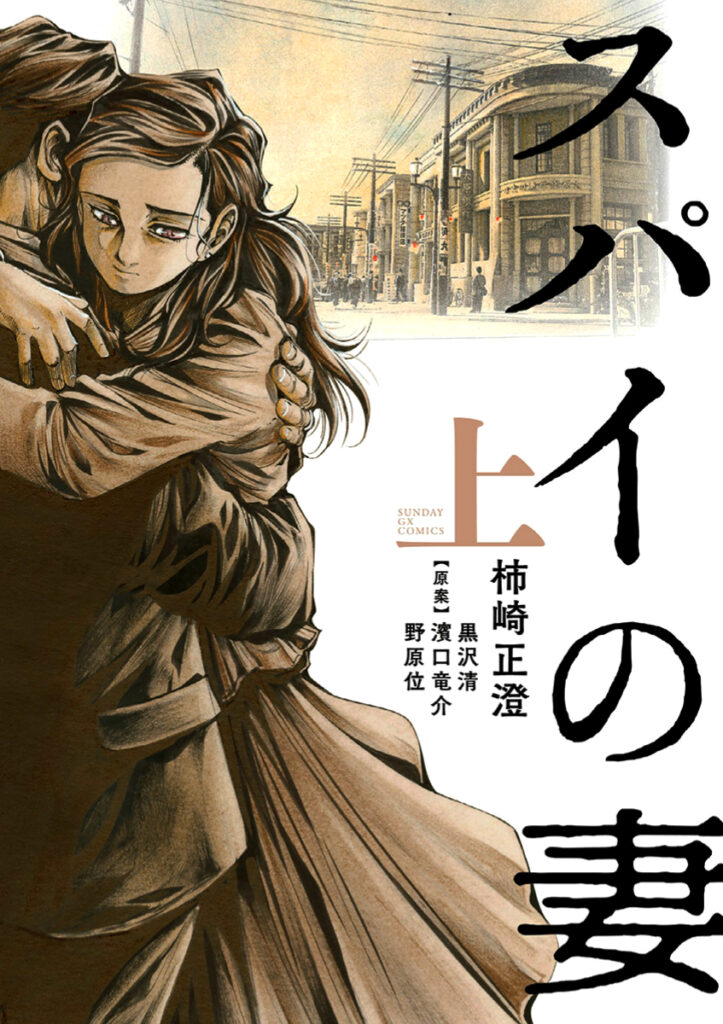 The story follows a Japanese merchant in wartime Japan during the 1940s who witnesses some of the atrocities committed by Japanese forces in Manchuria, vowing to reveal them to the world in a decision that ultimately leaves both of them in legal and personal danger. The set-up of such a tale of political intrigue and mystery are set up in this opening chapter that mostly serves to introduce us to the main characters, including Yusaku, wife Sakoto’s and her amateur movie career and military policeman Taiji, and the changing political landscape. 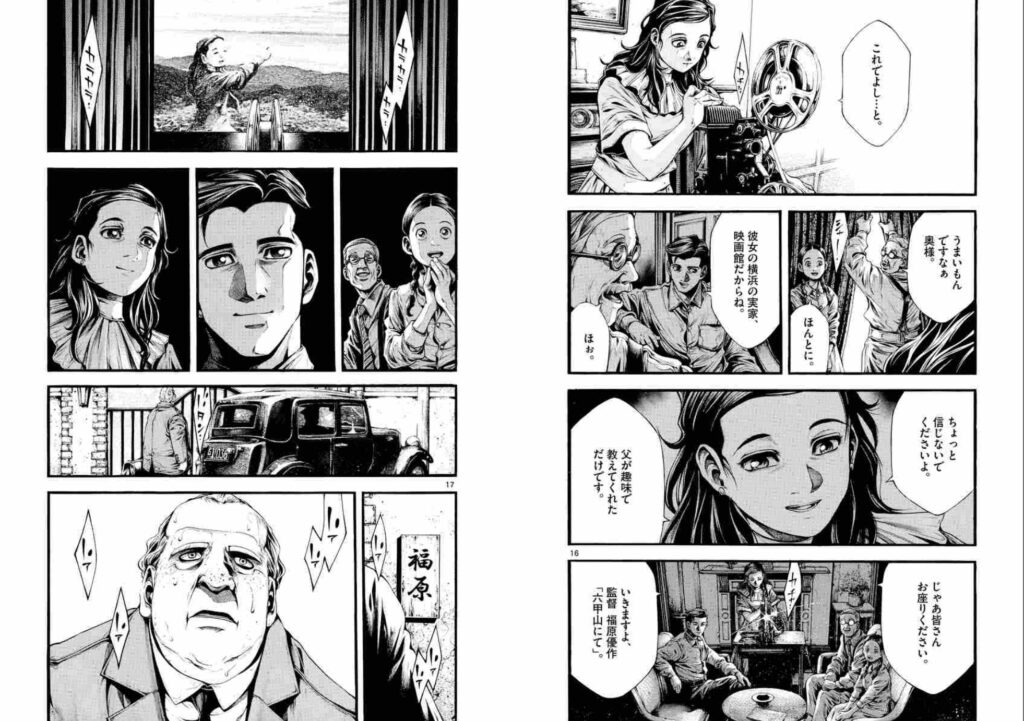 Care and attention to detail have been taken to recreate historical settings in this opening chapter while emphasizing the deadly nature of the war with some stunningly-detailed artwork. Some real photos are edited and mixed into the story as part of the attempts to create a timeline and set a scene for the war in a way that forces the reader to consider the actual events which occurred during World War 2. 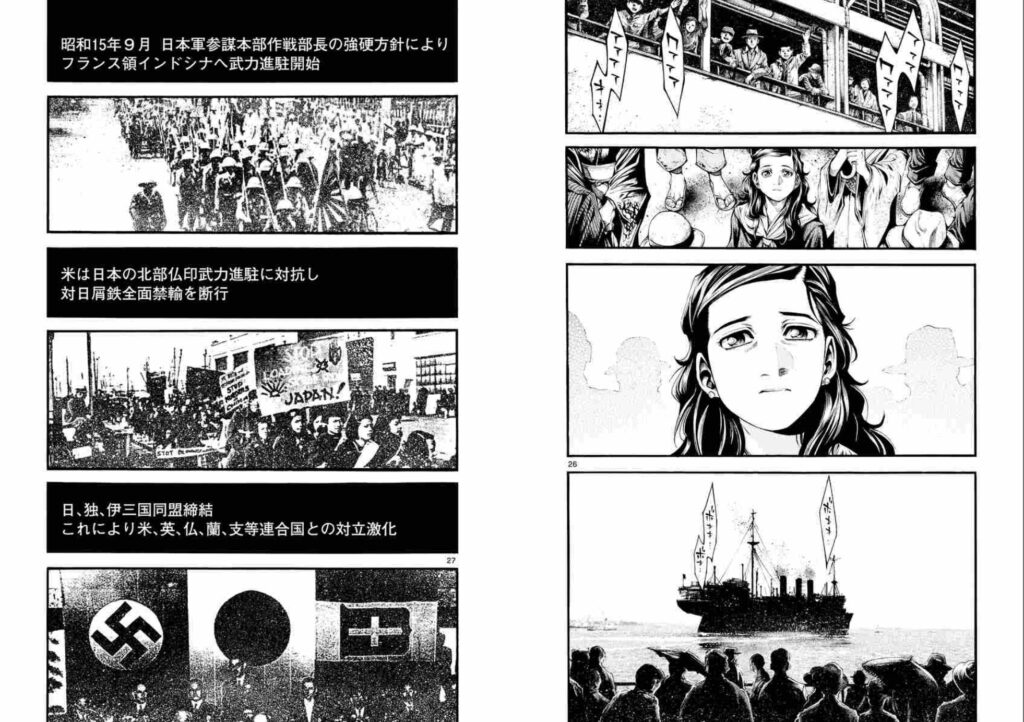 As just one chapter it’s hard to judge the full manga, and I can’t tell how faithful this is to the film without having seen that. But the art is nice, story is intriguing and I’m left wanting to read more, which is always a positive sign. There are currently no signs this manga will receive an English release at this time, but considering the international success of the film this is based on, I’d like to think an English release is at least a possibility.

Wife of a Spy releases in Japanese cinemas on Friday, while the first volume of the manga adaptation is available now.