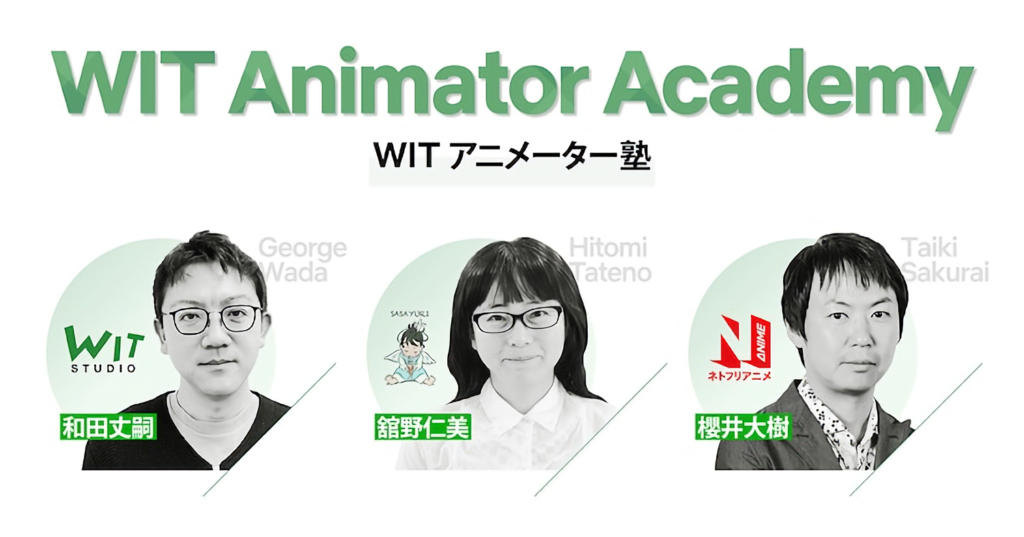 WIT Studio has been at the forefront of the Japanese animation industry for quite some time now, and today they made an absolutely massive announcement. They will be partnering with Sasayuri Video Training Center and Netflix to create the WIT Animator Academy. The new academy aims to foster the next generation of creators and help the future of the Japanese animation industry. Netflix is even throwing in some pretty nice bonuses if you get selected to be a student.

The WIT Animator Academy will open its doors to new students starting in April 2021, with the curriculum being developed by the renowned Sasayuri Video Training Center, and overseen by Netflix. The school will train a few students over a six-month period, teaching them the techniques of animation, where pictures are drawn between the original pictures. The first step is to recruit around 10 students for the April to September period. Students must be between 18 and 25 years old, living in Japan, have already graduated or are expected to graduate from high school in March. They will work at WIT Studio or Production I.G., which is part of the same group, on video work, mainly Netflix’s own animation. Netflix will support the program for multiple years so that it can be offered on an ongoing basis and has announced that they have an interest in further expanding educational opportunities.

I feel that this is an absolutely awesome direction that Netflix is trying to steer its animation directives. By getting on the ground and actually getting involved with training the next generation of animators, they will certainly have the upper hand when going into future endeavors.