Wit Studio, Their Work With Attack on Titan, and Beyond 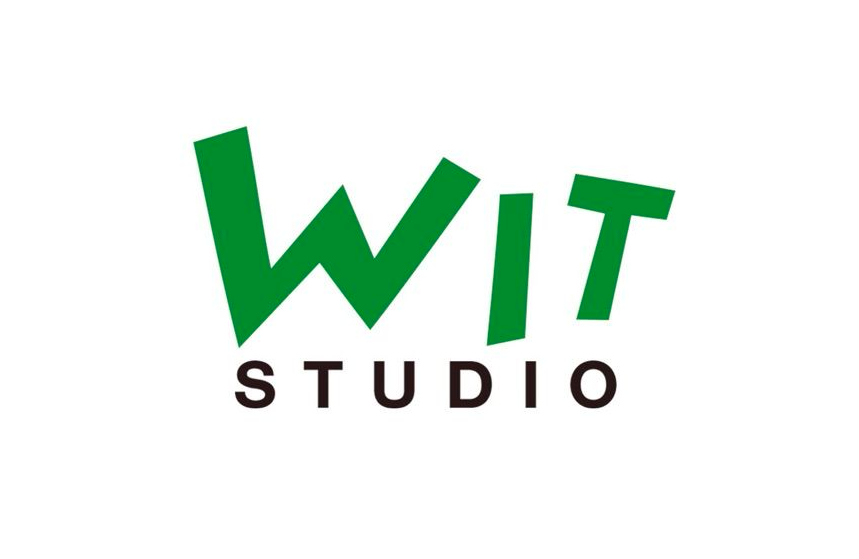 Established in 2012, Wit Studio was a brand new studio with no works under their belt, but some talented people from the famous Production I.G anime studio. It would be an entire year before their initial projects would debut. One of them was Hal, a melancholic romance film. The other was an adaptation of the popular manga series, Attack on Titan.

Attack on Titan is an on-going manga by Hajime Isayama that began in 2009. The series follows the remains of humanity who live inside of wall cities to protect themselves from the large and eerily-humanoid monsters who roam outside. When the main character is strongly affected by an invasion of Titans, he devotes himself to joining the military to take revenge on the monsters. Known for its artwork and story, the monthly series had a popular following after it was released.

Attack on Titan Changes Everything

Although I’m sure many hoped for it, I’m not sure anyone could have predicted what would happen next. The anime adaptation for the series became an instant hit. Between the solid foundation provided from the story itself and the absolutely gorgeous visuals that Wit Studio provided, the series attracted a huge audience. 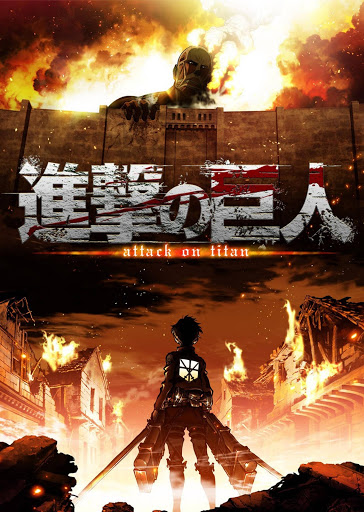 That audience grew with each episode that aired. It was undoubtedly a high contender for the best anime of the season, and by the time it finished, it seemed a dead ringer for anime of the year. Even before the English dub was announced, the series brought in a lot of Western anime viewers. It wouldn’t take long for it to be thrown in with the likes of Cowboy Bebop and Fullmetal Alchemist as the perfect gateway anime.

It’s widely considered to be one of the biggest and most influential anime series of the 2010s. Each subsequent season only hammered that status in place. As the story unfolded and the characters developed, they were always accompanied by what many considered some of the best visuals and animations. That of course isn’t to say that the rest of their portfolio is anything to scoff at.

Wit Studio would keep themselves busy with plenty of other works in-between the seasons of Attack on Titan, especially since there was a four-year gap between the first and second season. One of the first to garner more attention would be 2015’s Seraph of the End. Following a boy in a post-apocalyptic world where humanity is used as cattle for vampires, he joins a squad with the goal to kill them as revenge for killing his family.

…alright that does sound pretty similar, doesn’t it? Seraph of the End is a fine enough show that stands on its own but it wasn’t hard to draw some story similarities between the series and Attack on Titan. The series would receive mixed to positive reviews and prove popular enough to warrant a second season.

The studio would make a bigger splash with the 2016 original series titled Kabaneri of the Iron Fortress. Taking place in an alternate reality during the industrial revolution where a virus turns people into undead monsters, a young man tries to survive after resisting the virus and becoming a hybrid.

The post-apocalyptic theme (among other plot elements) wouldn’t do it much favor as it was easily compared to Attack on Titan and Seraph of the End, but the show managed to attract a lot of people thanks to incredible visuals and an interesting story. 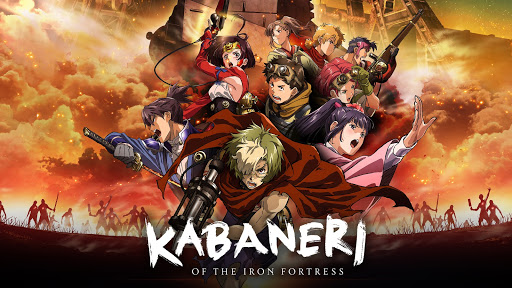 It would receive a different reception by the end of the show. Particular plot elements and a terribly paced ending would leave a sour taste in some watchers’ mouths. I know I personally find myself in that crowd of people. Nonetheless, Wit Studio would release two compilation films soon after and a third movie taking place after the series in 2019.

Forging A Rise with Season 2 & 3, Ancient Magus, and Vinland

Four long years after Attack on Titan finished the first season, and satiated only with compilation films and a couple of wonderful OVAs, it was finally announced the second season of the series was coming! This was huge news; anime-only viewers were excited to finally see more and manga readers found masochistic joy in teasing the former with hints about how insane the show was about to get. It was quite a magical time.

I certainly found myself pretty excited. Although I found the first season to be a little slow and boring at times (ironically as I would absolutely love the “slow” parts of the third season), I did enjoy it immensely. I had no expectation but I was ready to see if the show could meet the four-year hype that had been made for it.

And wow, was I not prepared at all! Season 2 was incredible and I immediately forgave any misgivings I had about Kabaneri. The story only got better and better and the visuals perfectly complemented the quality of the work. What was better was that the season ended with an announcement for the third season that was going to take place the following year!

2017 hadn’t seen the last of Wit Studio just yet though. They’d go through the end of the year and into 2018 with an anime adaptation of The Ancient Magus’ Bride. It wasn’t as if the studio hadn’t been working on series that weren’t post-apocalyptic before, but none of them quite took off the way this one did.

It’s easy to pin that on the fact that there was already a strong story here for them to adapt from. I certainly think that helped, but Wit Studio certainly put a strong foot forward here as well. It was just a very fun show to watch and of course, the show benefitted from breath-taking visuals.

2018 would prove to be another great year for the studio as they released Pokemon the Movie: The Power of Us and the third season of Attack on Titan. The Power of Us was arguably the most visually-pleasing Pokemon movie I’d ever seen and if not for the nostalgia of the older movies I’d probably rank it as my favorite due to its stories.

The third season of Attack on Titan was arguably even better than the second season, and I’m not sure what else I can say beyond that. It was absolutely incredible. If you think you might like it, I’d likely recommend it to you. 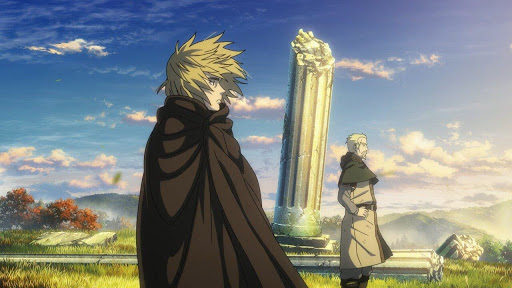 Wit Studio would drop another hit on us in 2019 with their adaptation of Vinland Saga. Mangas about Vikings aren’t much of a common occurrence to say the least and Vinland Saga manages to stand out even more with quality characters and art. The anime adaptation would prove to be a favorite among watchers and a strong contender for 2019’s anime of the year.

Claims of Overwork and Crunch

Crunch Work isn’t a new concept for the anime industry. It’s already pretty common in general within Japan, and working for anime studios can be downright insane. There are a lot of horror stories that can be found about the industry if you dig a little bit, and Wit Studio isn’t spared from this either.

Many had their suspicions when seeing how many people worked on the latter episodes for Attack on Titan. There were plenty that found themselves on the fence due to their love for the studio’s works and the technical lack of confirmation. One particular interview in which the studio’s founder and president seemed to brag about the “battlefield” environment that his “energy bar-fueled” workers were in changed the minds of many.

This image has permanently attached itself to the studio now whenever the industry crunch culture is brought up. Even as the studio continued to create and adapt wonderful series, they did so with fans’ knowledge of what their workers were being put through. It would also give fans something to think about when uncertainties of Attack on Titan’s final season flared up.

The Future, and Attack on Titan’s Final Season

After the end of the third season of Attack on Titan, rumors began to swirl around that Wit Studio wouldn’t be working on the fourth season of the popular series. These would continue until May 29th, 2020 when a PV for the final season showed that Studio MAPPA was picking up the reigns. The talented staff behind it (and fan-favorite composer Hiroyuki Sawano) have managed to quell the worries of the show losing quality in the final stretch.

Without Attack on Titan on their schedule, Wit Studio does seem even freer to showcase what they can do with other series. One of their first known 2020 works was Vampire in the Garden, which was announced last year as a Netflix production. The other was their comedy crime-story Great Pretender, which looks to be a wonderfully fresh entry in all that they’ve done.

Studio Wit has proven itself to be capable of delivering incredible high-quality content. That quality has proven to come at quite the price though. The crunch work culture is steadily improving, but I wouldn’t blame someone for not wanting to feel that they indirectly support it. Nevertheless, if you are interested in seeing what else the studio has contributed, I’ve listed out their biggest and most accessible works below.

Where to Watch Their Works