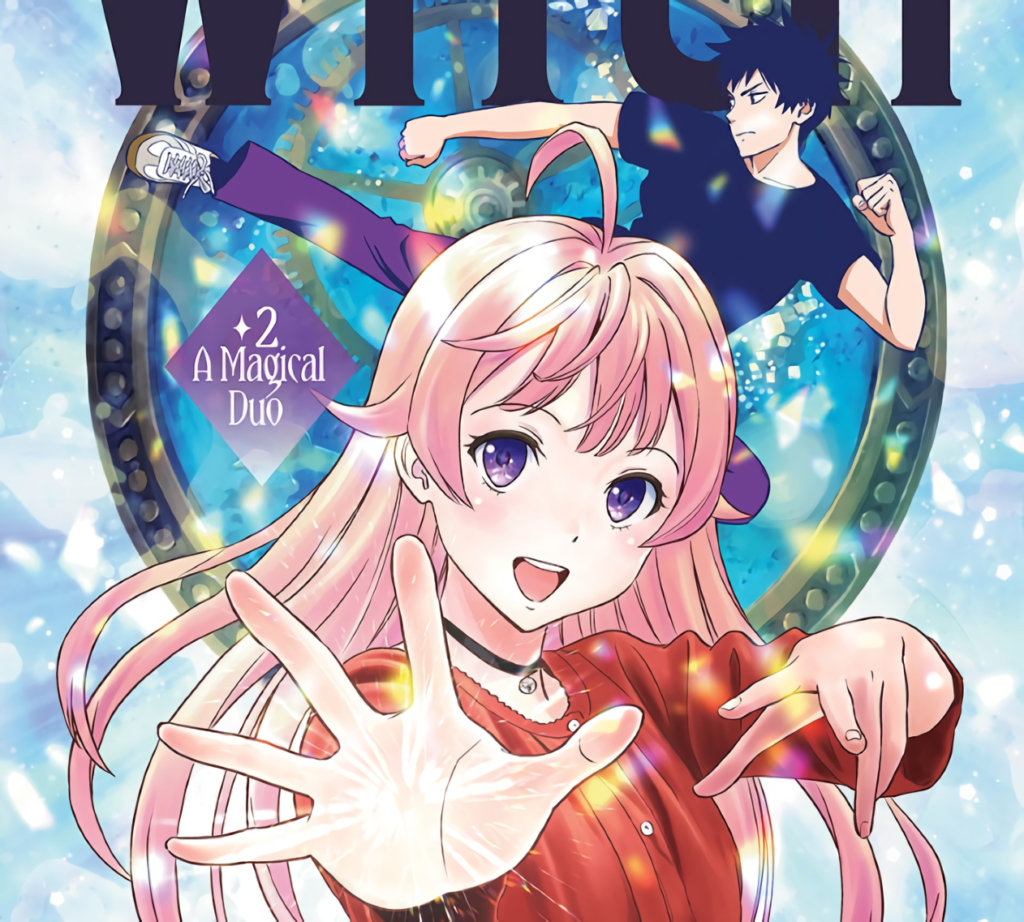 The beginning of a new week can only mean one thing: time for new Weekly Shonen Jump! This is where Jacob investigates the latest and greatest in the magazine, telling you what’s worth your time and what’s not. You can find coverage of other series under the tag Jump Time. Here’s Witch Watch chapter 2.

Me and Witch Watch may have gotten off on the wrong foot. I went into chapter 1 already a little disappointed that Kenta Shinohara had returned to his roots and not continued on the same sci-fi thriller bent that made Astra: Lost in Space so special, but no matter. Witch Watch chapter 2 is definitely an improvement, and I’m now much more willing to judge the series on its own merits.

If you were wondering what the title of this series actually means, then Witch Watch chapter 2 provides part of an answer. Apparently, Niko needs to ‘interact with people’ and help them with her magic in order to stabilize her powers, which makes her into a sort of magical do-gooder. Of course, this runs counter to Moi’s desire to protect her, given the prophecy of coming calamity, which means that he insists on coming along when Niko goes to save someone from a burning building. This then leads into a hilarious gag as Niko casts the ‘lightening’ spell on him that was used earlier in the chapter, which not only reduces his weight but also changes his personality.

With this in mind, the ‘Witch Watch’ in the title of this series may or may not refer to Niko’s activities as a sort of magic vigilante, which is interesting. If the antics of chapter 2 are repeated, then this would mean that Witch Watch basically has the same premise as SKET Dance: some sort of organization or team that is attempting to help people out or improve their lives. The only difference here, of course, is that the characters are very different, with Niko being far more into Moi than Hime ever was for Yusuke or Bossun.

Indeed, Niko’s unabashed love for Moi is one of the funniest things about the series so far, especially as Moi is so thick-headed that he can’t see the wood for the trees. It’s always refreshing to have a love comedy where the female character knows exactly what they want, instead of the endless will-they-won’t-they nonsense.

Another interesting part of their dynamic is how while Niko is keen to jump headlong into danger, Moi is constantly trying to protect her: a reluctant Battle Couple, in other words. That gag about the lightening spell is also used very well, although it appears a bit corny at first.

Reading Witch Watch chapter 2, I found myself laughing a lot more than I did reading the first chapter. Perhaps that’s because I’ve reckoned with the fact that this isn’t another Astra: Lost in Space. Regardless, I look forward to seeing where Shinohara can take this story in the future, especially given his years of experience.

You can read Witch Watch chapter 2 for free via VIZ Media.