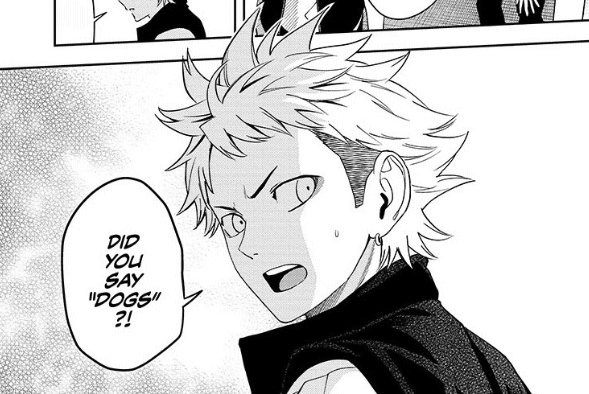 The beginning of a new week can only mean one thing: time for new Weekly Shonen Jump! This is where Jacob investigates the latest and greatest in the magazine, telling you what’s worth your time and what’s not. You can find coverage of other series under the tag Jump Time. Here’s Witch Watch chapter 22.

After several character introductions and more than a few comedic escapades, it appears as if the actual plot of Witch Watch is finally on the move in chapter 22.

It all started last week when the witch from the neighbouring town, Miyao, visited the Otogi household. That chapter would’ve been worth talking about on the basis of its comedy alone, but the very end made it clear that bigger things were on the horizon: on the way home, Miyao accidentally happened upon the antagonists targeting Nico that her mom’s prophecy had warned about.

As a result, Witch Watch chapter 22 mainly revolves around Miyao’s attempts to explain the situation to Nico and Moi and win their trust. This ends up offering Kenta Shinohara a golden opportunity to perform some world-building and answer some key questions about the series: not only was there a big conflict between witches and warlocks many years ago, Nico is being targeted by a group of warlocks because of her aptitude as the ‘Witch of Thousands.’

Essentially, this is a really powerful magic user that only appears once every one thousand years. 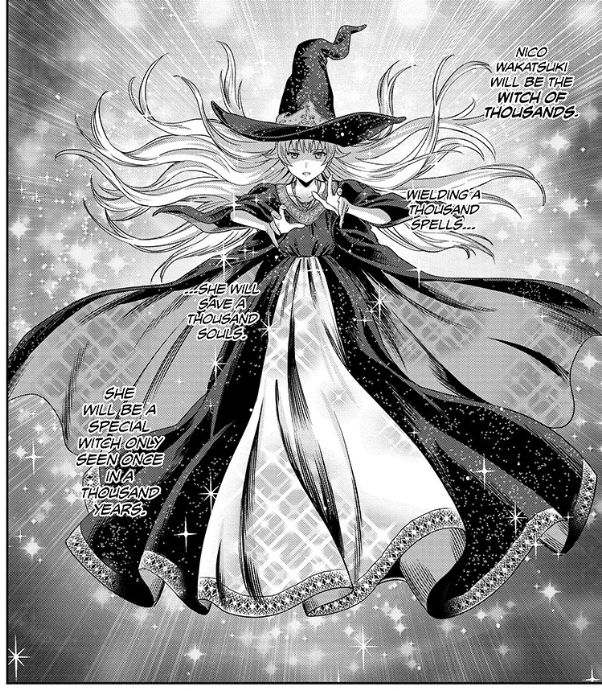 Even if the chosen one trope is a little tired at this point, it does offer us a little flavor of the magical world that our characters inhabit and an explanation as to why Nico is in danger. The storytelling in Witch Watch chapter 22 gets even better when you consider that Kanshi is pursuing his own mission concurrent to this, tracking down who is responsible for distributing the mysterious drug known only as ‘drops’ at school.

What makes this substance even more mysterious is the fact that it appears just like regular candy, but provides a stimulant effect. Kanshi eventually realizes that something magical is going on, tying everything back to the prophecy provided by Nico’s mom at the beginning of the series: as it turns out, the ‘raindrops’ are the drugs, the ‘dogs’ are the lackeys of the supplier Wolf, and the ‘school’ is where they are being distributed.

Those revelations come as Kanshi lies immobilized on the ground after being bested in a fight with Wolf, leaving Witch Watch chapter 22 off on a bit of a cliffhanger. It remains to be seen if our protagonists can put together a counter-attack before it is too late, but the strength of Kenta Shinohara’s storytelling is plain to see here.

You can read Witch Watch chapter 22 for free via VIZ Media.