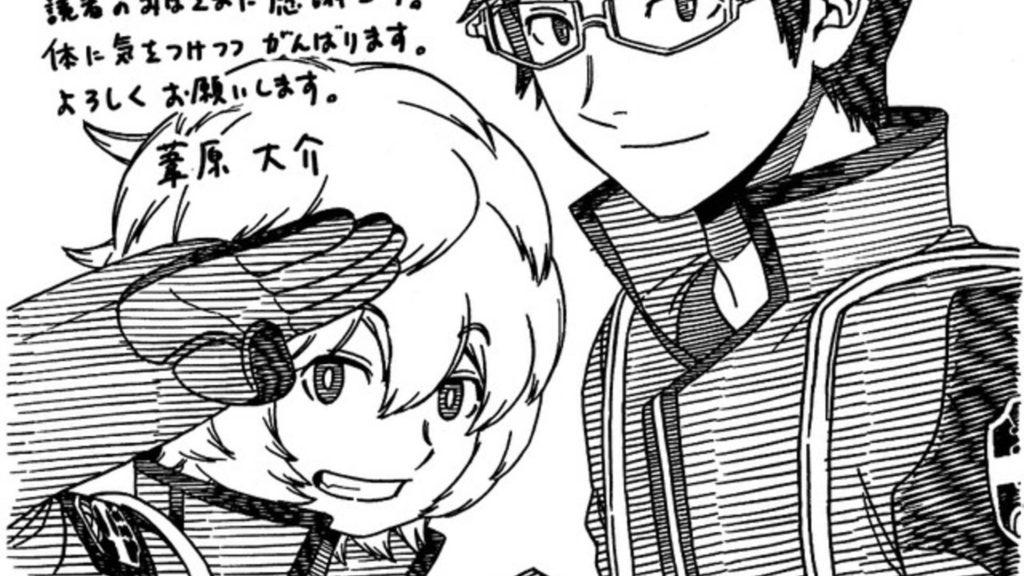 Starting in 2013, World Trigger quickly rose to be one of the magazine’s most popular series, even receiving a long-form anime relatively early into its life cycle in 2014. It seemed to be nothing but success for the series, until the author suddenly announced a hiatus for the series, on account of serious spinal injury as well as general poor physical health.

For fans, it’s undoubtedly been a period of frustration as well as alienation, but Shueisha seems to have enough confidence in the continued existence of the series’ readership to bring it back after such a long time. I also have no doubt it’s been a tough time for Ashihara, who essentially had to give up everything because of his health and at the height of his career.

That being said, he’s not taken the lessons of the hiatus lightly, as he drew a comment for the announcement promising that he would take better care of his health going forward. Check it out below: The announcement also revealed that the series will move to the monthly Jump SQ magazine after five more issues in Weekly Shonen Jump, which can only be a good thing for Ashihara’s health. The environment of weekly serialization is tough enough for fit and healthy mangaka, and I have no doubt that the stresses of such an environment only served to antagonize Ashihara’s long-standing health problems.

But even if Ashihara’s health problems can be solved, or at least alleviated, the question still remains: will he be able to pick up the series again? Two years is an awfully long time for a story to remain idle, and it would be difficult to grasp all of the plot threads in the long-running series for any mangaka, let alone one tormented by the problems of physical health. That’s to say nothing of the problem of readership, in that it’s certainly not guaranteed that fans will return – after all, a lot happens in two years. Some of them might have even stopped reading manga entirely.

Either way, World Trigger will return to Weekly Shonen Jump in two weeks, on October 29 or issue 48 of the year. It will presumably be published for English readers in VIZ’s English-language Shonen Jump, as VIZ currently holds the license for the series, having translated all of the currently released volumes.