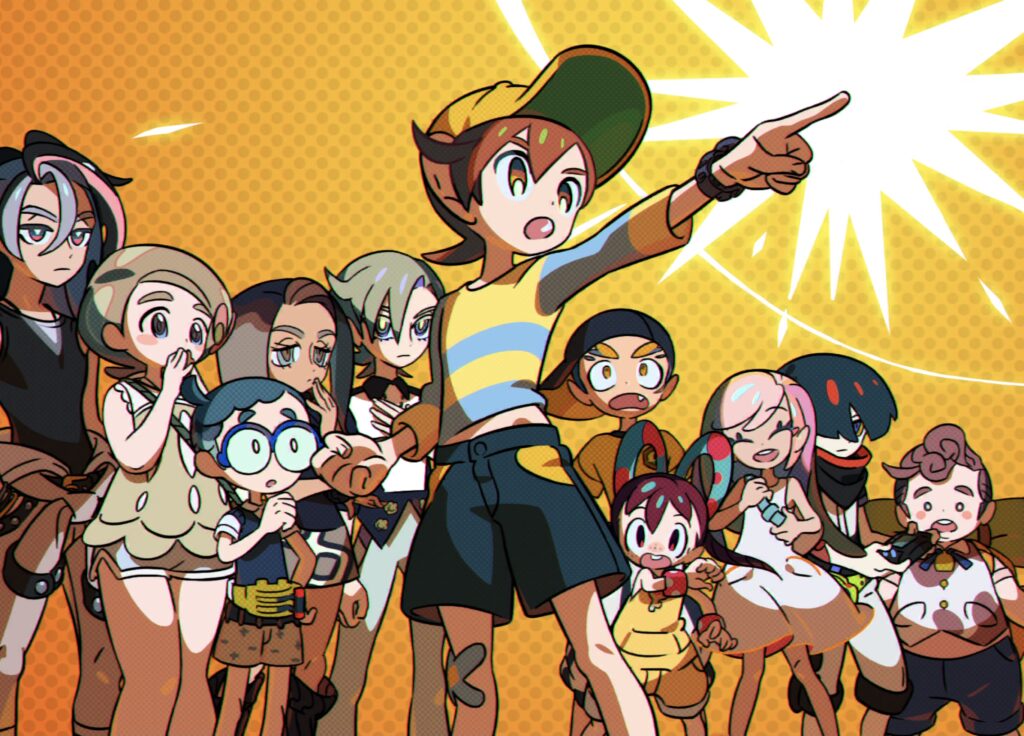 For a game by the joint minds of Kotaro Uchikoshi, creator of the Zero Escape series, and Kazutaka Kodaka, creator of Danganronpa, World’s End Club plays and progresses nothing like you would expect. Perhaps knowing that people would be expecting a darker, broodier, bloodier game than World’s End Club ends up beings, the game plays and messes with those expectations in almost every area, and is all the better for it.

In the opening moments, the game clearly sets out the initial stakes: 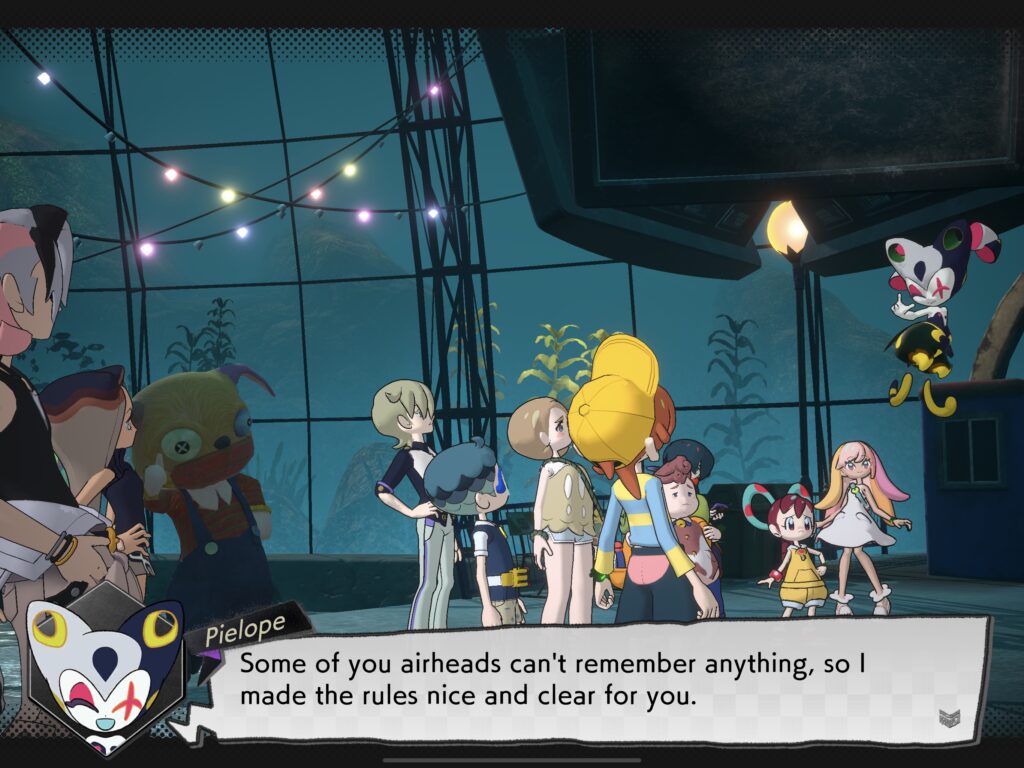 So far, bar the new setting, World’s End Club appears very reminiscent of Danganronpa. As someone who has been playing through the series for the first time and took a break to review this, the similarities between these initial concepts, bar the ensemble cast’s age, is uncanny.

This isn’t a retread, though. The death game is little more than a tutorial here to get players accustomed to the side-scrolling platformer gameplay that differs from their previous work. I use platformer in the loosest possible terms since it plays second-fiddle to story, with only the occasional need to jump and very little need for precision. Even the puzzles are simplistic. 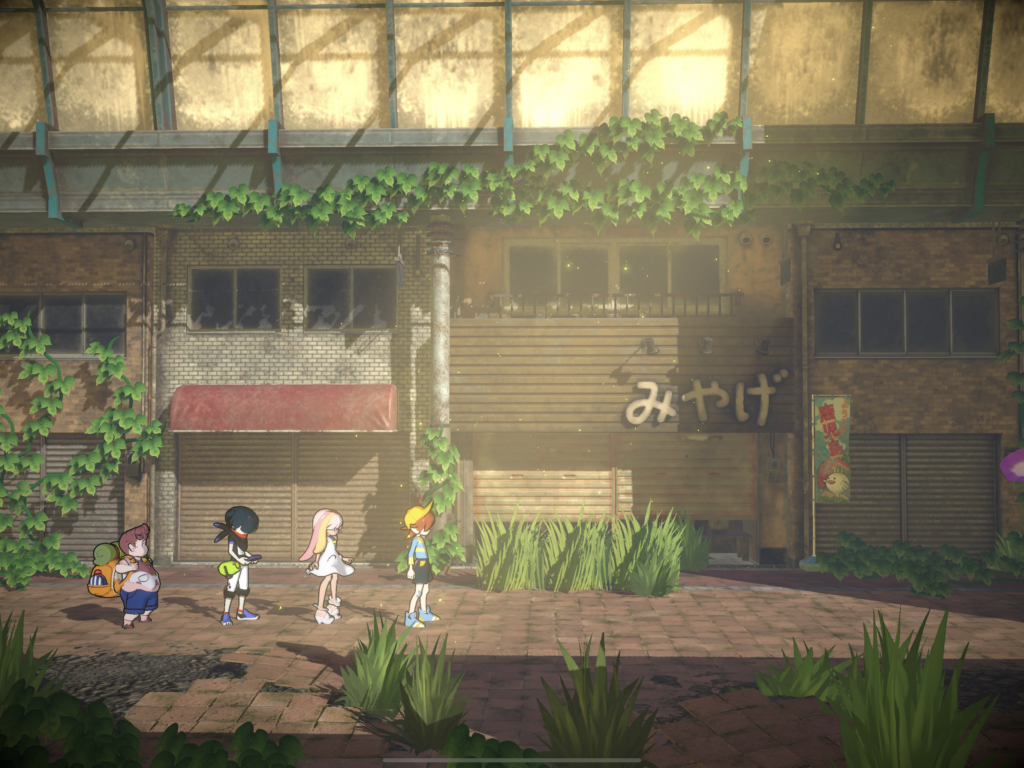 The advantage of this is that it makes touch-screen gameplay the most comfortable method to play the game with. You can use a controller, the Apple TV remote or a keyboard, but keyboard controls felt unnecessarily complex and lacked remapping, while touch gave me the most flexibility.

It’s in the game’s tone that World’s End Club defines itself and stands out. After the subversion of the death game trope, we suddenly find ourselves out in the open air of Kagoshima, much to the shock of the Go-Getters Club. From there, the game transforms into a cross-country journey as the kids go on a journey towards Tokyo, getting caught up in wacky hijinks along the way. 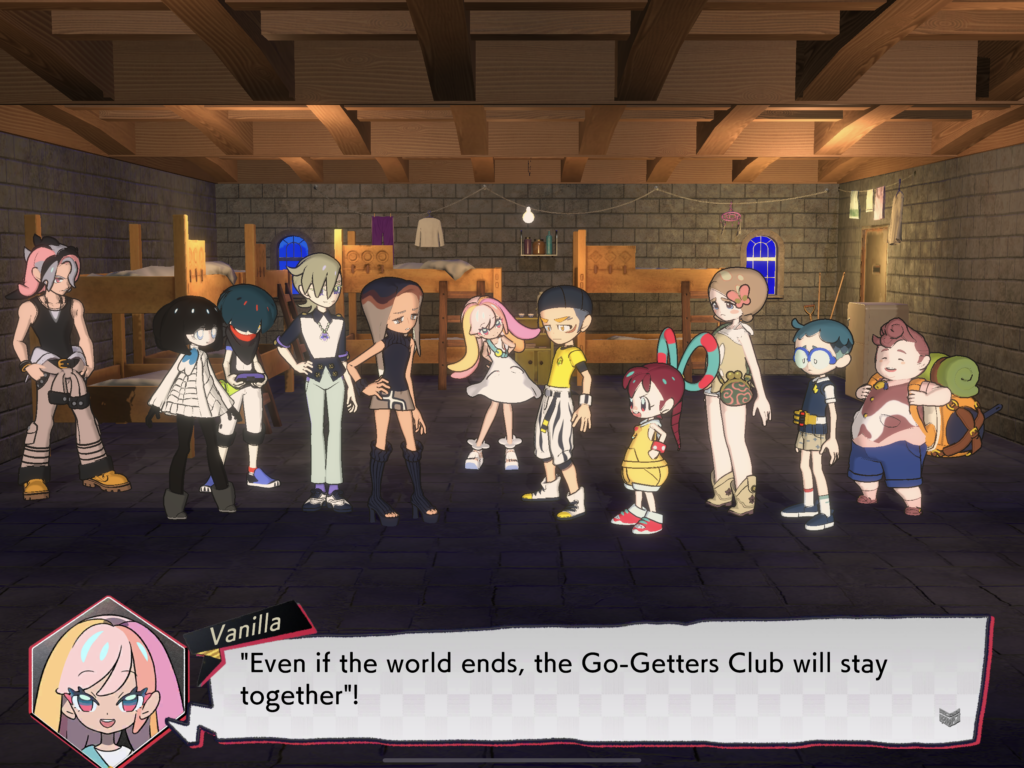 This journey, alongside the less-mature cast, pop visuals and lack of death all give the game a distinctly childish feel, reminiscent of a Saturday morning cartoon. That’s not to say deeper and darker of themes don’t make their way into this game, but they’d coated in this veneer that puts you into the mind of a child, with the excitement and fear you’d expect from facing trauma at their age.

It’s refreshing and distinct, and it keeps you engaged with the game’s story. Gameplay is relaxing and enjoyable thanks to its simplicity, and there are even limited branching story paths with new levels and story beats, although they will eventually converge back on themselves.

I want to recommend this title… but I can’t, at least not yet.

The game isn’t finished. It can be sugarcoated as an Avengers: Infinity War-style cliffhanger by Uchikoshi on Twitter, but the fact of the matter is that World’s End Club is an unfinished product. Just as a major story beat is incoming, the game suddenly cuts to credits and hastily throws up a ‘to be continued’ sign. Furthermore, this second part won’t release until Spring 2021, which is when the game will lose Apple Arcade exclusivity and release on Nintendo Switch, complete with quality of life improvements like hidden collectibles for replayability and an English dub for the fully-voiced story.

I had a blast with World’s End Club. It’s got a fun art style and endearing characters you can’t help but feel attached to, and their journey across Japan is varied and educational. While superfans of Kodaka and Uchikoshi may be compelled to play, I find it difficult to recommend that someone play this title when it won’t be finished until Spring next year. Maybe wait before diving in.

It’s a strong start, but nothing more right now.