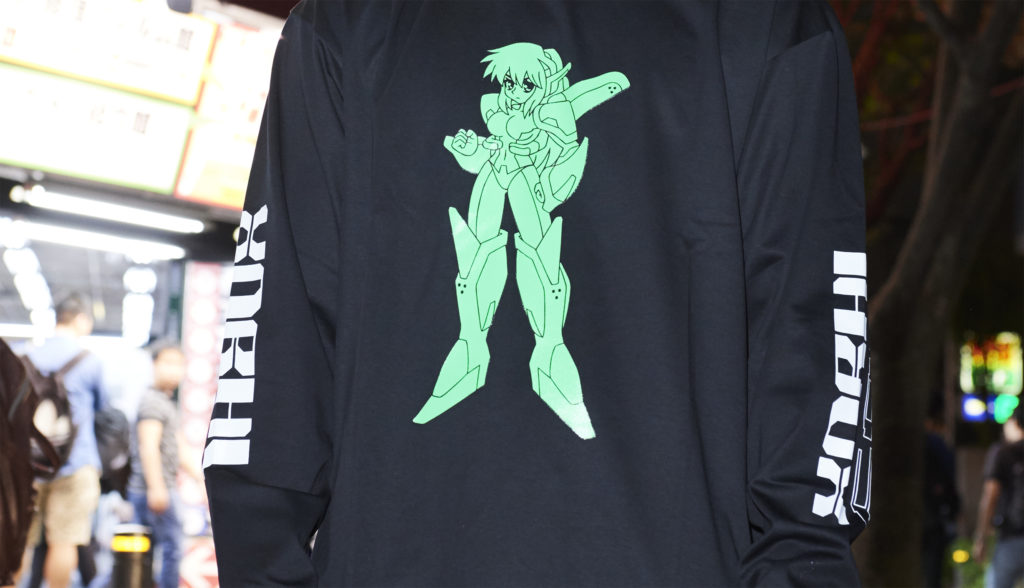 There are few words you can string together that would get me more excited than GraphersRock and Chloma — yet, it’s the year 2019, and I guess those words just happen to come together in the most perfect of ways. I’ve been eagerly following its activity for some time, yet up until now, there have been no real large scale announcements on the front of XORHLCOM, a new brand set to be launched by the creative geniuses behind GraphersRock and Chloma. That all changed earlier this week though, as the upcoming brand has slowly been trickling out information on just who is behind the project, and the initial run of designs that look to define the brand straight out of the gate.

“This is the first item from the upcoming brand “XORHLCOM” that I act as art director for. The body of the clothing is designed by Chloma, so there are absolutely no compromises; it came together perfectly. Expect a release soon.”

If you’re already familiar with Chloma’s proficiency in crafting quality clothing, that statement above should be more than enough to get you excited. Couple that with GraphersRock’s knack for design? Yeah, there’s more than just one reason to be hyped about the potential of XORHLCOM. The two pieces on display in the post above are both short sleeve and long sleeve shirts, each sporting a different design presumably handled by GraphersRock. It’s a simple, clean design, and something that definitely looks clean in execution, as seen below:

While no release date has been defined as of the time of writing, I’m beyond excited to see just what the future holds for XORHLCOM. As a long-time fan of all the creatives involved, seeing them come together on this project is enough to leave me bouncing in concept alone, but seeing the execution in photos really has me hyped. Though I’m sure there’s still a lot to be revealed, those interested in keeping a close eye on the brand can head over to the landing page for their official website. We’ll be sure to keep you updated as more information is revealed.