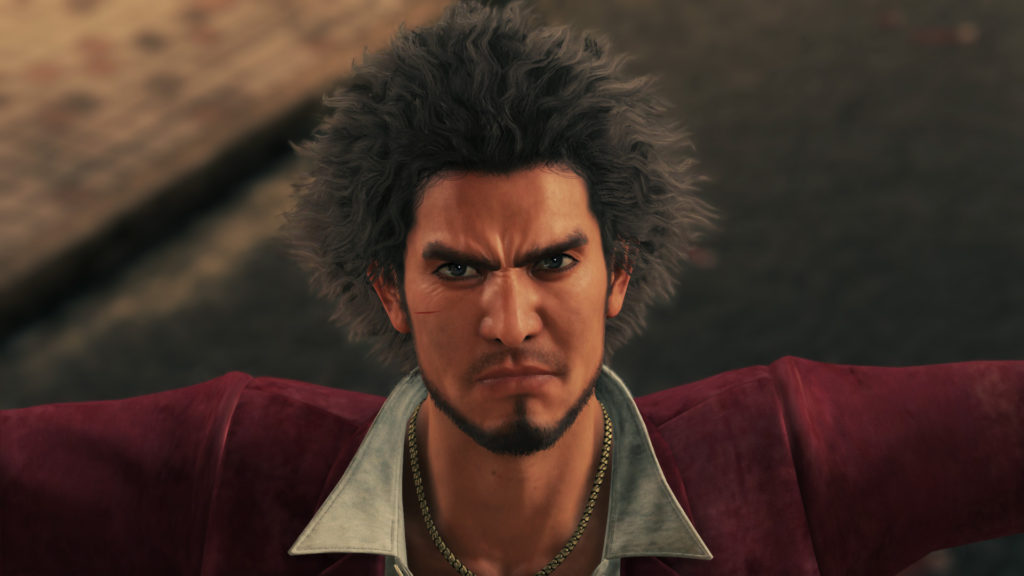 Sega has been putting out a lot of Yakuza games and spin-offs these past few years. Ever since Yakuza 0 ignited a new worldwide popularity for the franchise, they’ve seemingly been cranking them out non stop.

However after making beat em up after beat ’em up starring the loveable, quiet, do-gooder Kiryu Kazama Toshihiro Nagoshi and the rest of the Ryu Ga Gotoku studios team wanted to change things up.

Yakuza 7, which will be released stateside under the name Yakuza: Like A Dragon, marks a number of huge departures for the franchise; Most notably the new protagonist Ichiban Kasuga and the radical jump turn-based Japanese Role Playing Game gameplay.

Yes, It Really Is Turn-Based

Including spin-offs remakes and portable releases, over a dozen Yakuza games following the basic beat em formula have been released. A few haven’t seen international release, unfortunately, but even English speaking audiences have about ten traditional-style Yakuza games to play if we include the Fist Of The North Star and Judgement spin-offs.

Can you blame series creator Toshihiro Nagoshi and the franchise dedicated Ryu Ga Gotoku studios for wanting to try something new? The development team even said if this turn-based release was met with bad reception, they would revert to the old style of game for future iterations.

Despite being a turn-based RPG though, Yakuza 7 doesn’t look or play like any JRPG that’s come before it. The game’s in constant motion and if you didn’t have your hands on the controller, you’d mistake it for an action game. You have job classes like other classic role-playing games, but instead of ‘red mage’ or ‘monk’ job categories like ‘idol’, ‘bodyguard’, and

Cabaret Club Lady’ are selectable. The summons also take a turn for the equally ridiculous; Instead of a Shiva or a Bahamut, you can summon past Yakuza characters or, say, a barrage of lobsters. Neither the Final Fantasy series nor the streets of Yokohama, where this particular Yakuza entry takes place, have even been this wild. Even those who don’t normally like JRPGs should give Yakuza 7 the chance.

Fans Were Shocked From The First Trailer, and Doubly So By The Second

Yakuza 6 was billed as the last Yakuza game starring the series’ long time protagonist Kiryu Kazama. The first trailer for Yakuza 7 starts with Kiryu getting pushed aside by a newcomer nobody knew anything about. After 7 games, and two remakes, starring Kiryu fans were open to the idea of a new protagonist.

However when the second trailer hit and the new entry was revealed to be a turn-based RPG in the style of Dragon Quest, the Yakuza fan base was shocked. Thankfully though the series tends to a more mature audience who’s more open to the idea of change than other pockets of gaming fandom. The general reaction from fans about the changes the initial trailers for Yakuza 7 presented were ‘huh weird! but it looks cool’!

The turned based classic JRPG style gameplay isn’t the only big change in the series to come in Yakuza 7. Franchise Kiryu Kazama has finally been ousted from the protagonist throne and replaced with the afro-having, red-suit wearing Ichiban Kasuga.

An interesting fact about Kasuga; He’s voiced by Kazuhiro Nakaya, who had previously voiced Akira Nishiki who was a central character in Yakuza 0 and Yakuza / Yakuza Kiwami. Kasuga starts the game like Kiryu did in the original, fresh out in the streets after a long stint in prison. He’s much more verbal than his progenitor though. Despite not being the protagonist, you’ll have to get your hands on the game itself to see if Kiryu’s gone for good.

What’s The Release Date For Yakuza 7?

Yakuza 7 was released in Japan on January 16 2020. It’s been met with tons of positive reception so far, and even won an award pre-release at the 2019 Tokyo Game Show.

Those waiting for an English version of the game to come out, the renamed Yakuza: Like A Dragon hits the rest of the world sometime later in 2020.

At the time of writing this article, unfortunately no international date has been given. However, Yakuza’s international recent popularity is what’s spurred new life in the franchise and we probably wouldn’t have a Yakuza 7 without it. Rest easy knowing the franchise has become a priority for Sega and Ryu Ga Gotoku. More information is sure to come out soon.