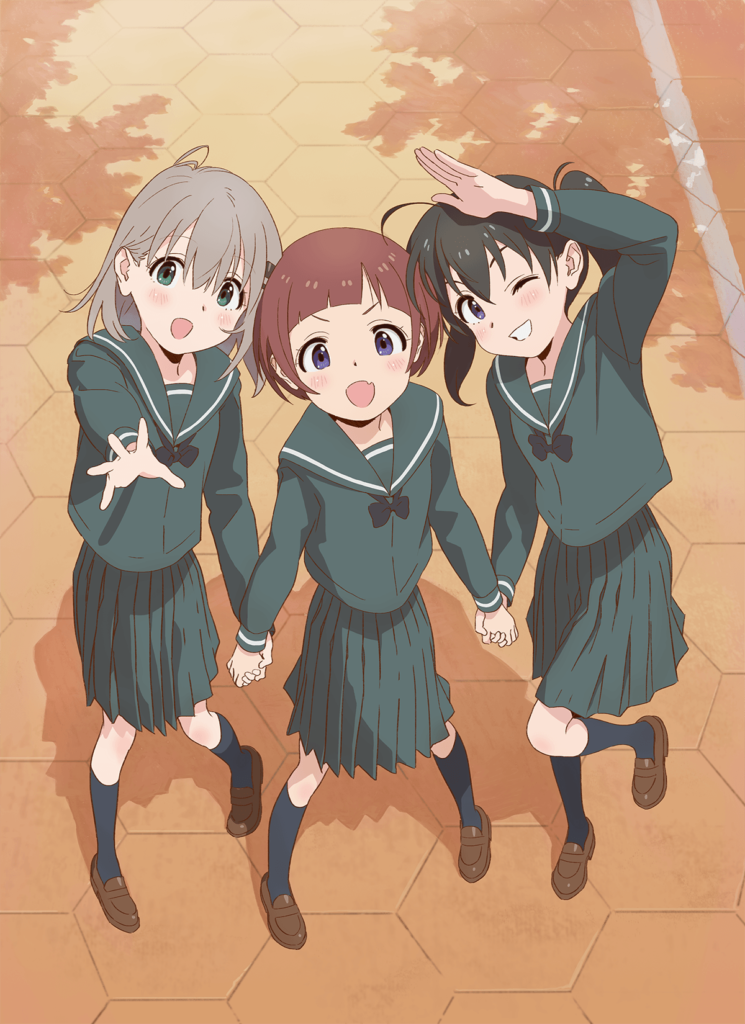 The short but cute anime series Yama no Susume will get a new season. The series is also known as Encouragement of Climb, and the series’ fourth season will be called Yama no Susume Next Summit.

A teaser image for the series was released on Friday (Japan time). Just in case you don’t get enough outdoor schoolgirl adventures from Yuru Camp, Yama no Susume features a group of high school girls who like to go on hiking and mountain-climbing excursions.

At first, Aoi (Yuka Iguchi) is scared of heights and has to be encouraged (hence the title) to take part. Her friend Hinata (Kana Asumi) is the opposite: she’s the one who pushes Aoi forward. Others who eventually join the cast include Kaede (Yoko Hikasa), and Kokona (Yui Ogura).

It’s not quite as relaxed as that other series, given the three-minute pace of the series. Also, they have a lot to learn, and their fears to deal with.

The first and third seasons are available at Crunchyroll. Apparently there’s a licensing issue with the second season. The episodes are short: only about three minutes for the first season, and not quite 14 minutes for the third. We don’t have a date for the fourth season yet. You can find the show’s website here.