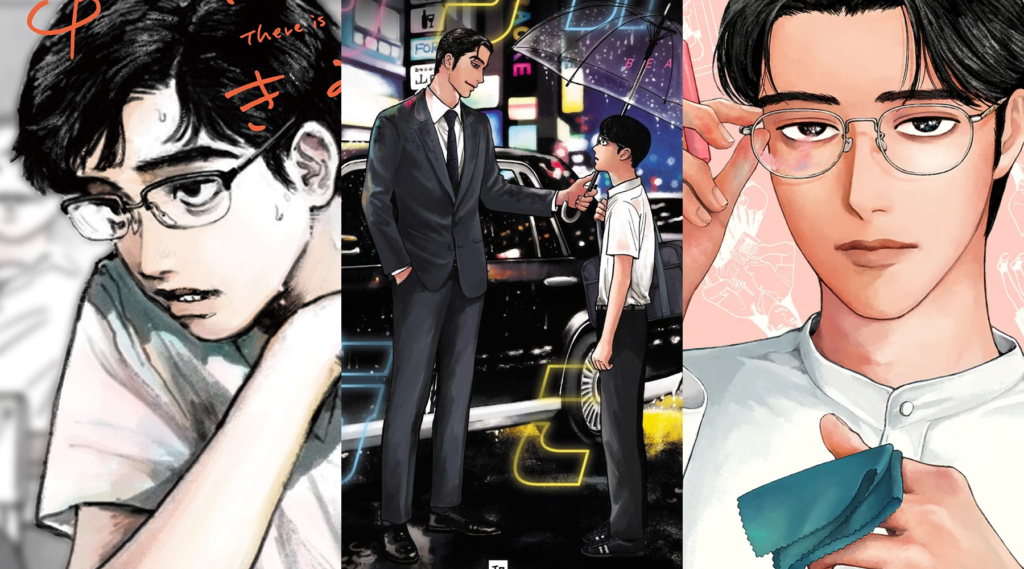 Welcome back to our new Know the Creators weekly column, in which we hope to familiarize readers with the people behind anime and manga; both as a way to put human faces to these art forms and to give fans access to more of what they’d potentially like.

More often than not, older figures will be making an appearance in this column, but sometimes it’s good to be ahead of the curve. Yama Wayama‘s only been putting out manga professionally since 2019 and only has three books out in Japan in the spring of 2021, but all three of them have won awards and garnered recognition all across Japan.

Wayama, with her fairy-tale boys and lackadaisical worlds, may become one of the definitive manga artists of the 2020s.

Don’t let the BL adjacency scare you off. Captivate, With You; Karaoke Ikou!; and Onna No Sono No Hoshi are absolute joys to read no matter who you are. In Know the Creators #2, OTAQUEST introduces you to Yama Wayama.

Wayama had been drawing her own shoujo style manga since middle school, but discovering BL during her junior year of high-school leads her down the path she’s on now. She’s cited series like Urusei Yatsura and Yu-Gi-Oh! as influential and called herself a fan of psychological horror masters Junji Ito and Usumaru Furuya. Despite exclusively having made idealistic and sunny manga, if you’ve read any works of the latter, the influence makes a lot of sense.

Wayama also remains humble, saying her Captivated, By You dojinshi didn’t deserve to win Tezuka Osamu Cultural Award among others, but we’d disagree with the author.

Charming Subtleties, the Lightest of BL Overtones, and Doing A Lot With a Little: Yama Wayama’s Manga Touch

Despite only having three volumes of manga out, Yama Wayama’s already developed a signature visual style and a unique approach to story-telling. She allows a BL influence to touch her works; Not so far as to be drawing outright yaoi, but enough to strike at what potentially makes men occasionally dashing and charismatic.

Less interested in depicting overt romantic love, Wayama likes drawing stress-free relationships that play out in charming slice-of-life spurts. Each of these characters gets imbued with small quirks that have them easy to fall in love with at a distance, opting for silent affirmations over big dramatics.

Of course, her art’s as refreshing as her story-telling. Clearly drawing from influences like Furuya to make her beautiful boys, she employs realistically proportioned bodies and a very Not-Anime approach to facial design. Instead, she takes from girls’ comics and BL, but only roughly, as to not incorporate their more cliched aesthetics. Her ability to express much with quick glances and small facial expressions is something to behold.

You know, it feels a little silly to label this section ‘three starting points’ when Yama Wayama only has three books out, but that’s the established format of the column baby! That said, even if there are only three points, that doesn’t mean we don’t genuinely recommend all of them, having read them ourselves. Here’s why they’ve all already earned heaps of critical praise and official recognition across the board.

Captivated, By You: The Work That Quickly Put Yama Wayama on the Map.

When the Captivated, By You tankobon first hit Japan, this cover was plastered everywhere! Advertisements both web and IRL, posters thrown up in book-stores, Yama Wayama struck on some serious X-Factor. People wanted to know who the heck this boy was!

Interestingly, the boy on the cover actually comes from the back half of stories; Captivated, By You collects two series of dojinshi with which Wayama found great success on Pixiv. You had the chapters Kimi Ni, Muchu Sa (Captivated, By You) centered around an eccentric but cheerful boy named Hayashi whom everyone loved. Then you meet the anxiety-filled Nikaido from Ushiro No Nikaido in a series of stories surrounding an often misunderstood boy and a tougher-looking classmate who begins to take an interest in him.

One series about a pessimist, one about an optimist… collecting these shorts in one volume makes for a tremendously entertaining read.

Karaoke Ikou!: An Unlikely Friendship Between a Yakuza and a Choir Club President.

One of two Yama Wayama manga to be both nominated for the 14th Manga Taishou awards and make the ‘2021, Bookstore Employees Recommended Manga List’, Karaoke Ikou! is a remarkable one-volume tale about a peculiar duo who starts going to Karaoke together.

Kyouji, a local Osaka yakuza, forces Satomi, the head of a local high-school chorus group, to be his singing instructor after witnessing his live choir recital. Goes without saying that the friendship that slowly blooms between them reads as odd as it is captivating.

Despite the Yakuza involvement, there are no serious crime hijinks going on here, but that doesn’t stop Satomi’s fears from swelling in the back of his mind each time the two meet. This Osakan tale of two pretty boy dudes being pretty boy dudes exudes personality, playing directly into Wayama’s great strength: showcasing dignified boyish charm.

Onna No Sono No Hoshi Playfully Portrays School From the Teacher’s Perspective.

The number one manga recommended by publishers in 2020, Onna No Sono No Hoshi is Yama Wayama’s first ongoing title, though at the time of writing only one volume hit Japanese shelves.

Here Wayama has dropped the ambient BL overtones, though her penchant for sculpting beautiful men whose charisma radiates from their subtleties remains. Hoshi-Sensei’s a captivating young teacher at an all girl’s high school. A lesser mangaka might just throw all those girls at Hoshi-Sensei but instead, grounding the series through Hoshi’s perspective, Wayama experiments by creating a series of non-traditional communicative setups at the rate of one per chapter.

For instance, one story centers around a girl who leaves little drawings for Hoshi-sensei, another sees him finding a diary a student wrote that details her daily observations of him. You see his relationships with the fellow teachers as well, with the banter between him and the rough-around-the-edges Kimura-Sensei being particularly delightful.

Yama Wayama Has A Bright Future Ahead of Her.

Captivated, By You has a drama adaptation currently airing at the time of writing, and Seven Seas plans to release the comic this July. With Karaoke Ikou! and Onna No Sono No Hoshi both earning all sorts of attention, we’re sure those will follow sooner rather than later. Wayama has nowhere to go but up in her career, and we’re absolutely excited to see what stories she has in store for us in the future.