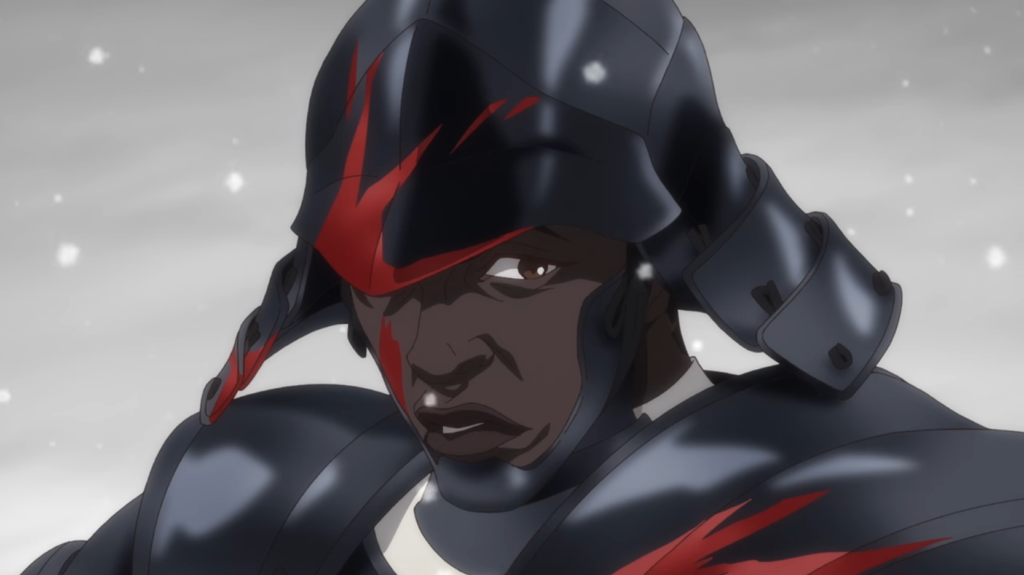 The minds behind Yasuke know full well the gravity of what they’ve created.

In an interview with Anime News Network, director LeSean Thomas said, ‘We love fish-out-of-water stories, and we just don’t really get to see that from a particularly Black lens because of the history of cinema.’ Composer Flying Lotus also remarked in an interview with Polygon that he ‘felt the weight of this moment, for sure… knowing that there’s no other Black anime characters around right now and there’s no other Black anime productions happening either.’ Already, several reviews are out that talk about the importance of the show in terms of Black representation.

So, why are there mechs? This otherwise minor point underscores everything wrong with Yasuke, as well as everything that gets in the way of its potential as a landmark anime series.

We first see a mecha at the very beginning of episode 1, when the series is dealing with the fall of Nobunaga in the Honno-ji incident of 1582. You’d probably be quite taken aback at this point if you didn’t know beforehand that this show had giant robots (especially given that it is supposedly based on real-life history), but they are essentially used as weapons of war in this fictional version of feudal Japan. Another mech by the name of Haruto also appears later on as an antagonist.

In episode 2, the explanation is given that it was actually the Mongols (!) that brought giant robot technology to Japan in their failed invasions of 1274 and 1281, which is honestly laughable: 13th century mechas are somehow even more unbelievable than 16th century ones, for whatever reason! Jokes aside, they feel entirely unnecessary, and even a little insulting to the story that it is trying to tell.

Speaking to Anime News Network, LeSean Thomas said: ‘Hollywood and American History have conditioned us so that you have to find the truth before you find the fantastical element. I think Yasuke’s story, in and of itself, is fantastical because there’s so little truth out there on him.’

He does have a point: are mechs that much of a departure from a story we already know so little about? To a certain extent, no, but what little do we know already provides the framework for a strong, rich, compelling, and thematically relevant anime series.

It’s unknown where exactly Yasuke the Black samurai came from. Some say he was a member of the Yao people from South-East Africa near modern day Mozambique, some say he was from Ethiopia, some say South Sudan. What matters is that there are actually contemporary accounts to prove that a Black samurai was in Oda Nobunaga’s company right up until the Honno-ji incident, including at the scene of his suicide. This has inspired a handful of adaptations, including a children’s picture book called Kurosuke from 1968 that Thomas was inspired by.

Within these sparse historical details, there is the potential for a story that touches on issues of belonging, nationality, identity, and the fact that Japan’s history as a nation is not as insular as it is sometimes painted to be. There are also some strong characters in there that deserve to be reinterpreted again and again, such as Yasuke and Oda Nobunaga.

At times, Yasuke becomes such a story: the way that the titular protagonist has to struggle against the conservatism of Nobunaga’s other men is interesting, and the way his story is tied to Natsumaru – an onna-bugeisha (female warrior) – feels appropriate. And while Yasuke’s own journey from dejected ronin to heroic protector is about as compelling as it is classic, it must be said that the ‘hipster dude’ (Flying Lotus’ words, not mine) Oda Nobunaga steals the show whenever he’s on screen.

The only problem is that such moments and such characters are almost entirely contained to flashbacks depicting Yasuke’s past, making up a small portion of the series’ early episodes. As a result, the main bulk of the show is still this strange hodgepodge of a story, attempting to balance serious storytelling with mechas and magic to not much success.

To be honest, by the end, I was pretty bored.

Yasuke’s main problem is one of concept and setting. The mechs themselves are probably the most egregious example, but there are others: would a Jesuit missionary from the 16th century really carry around a perfectly crafted pair of knuckle dusters in a briefcase with ‘Dextera domini’ (the Hand of God) engraved upon them, for instance? It’s a minor point, but serves to underscore just how contradictory and inconsistent this show’s setting truly is.

This begs the question: if the mechs weren’t okay, then what about the magic? If handled in the correct way, then it could have worked: fudal Japan appears to us now, in the modern day, as quite a mystical place. A recent book put out by Takarajimasha pointed out all the ways in which Jujutsu Kaisen takes inspiration from real-life Japanese history and folklore, including for many major characters.

How cool would it have been if Yasuke did the same? Instead of making vague references to ‘spirit’ and even visiting the ‘Astral Plane,’ the powers of Saki and others could’ve been rooted in Shinto or Zen Buddhism. Perhaps it could’ve also explored the historic conflict between the two. There are hints of this in the magicians that follow the antagonistic Daimyo’s armies, clad in priest-like garb, but this is never fully explained.

A more robust power system could’ve made Yasuke’s action scenes in the present day much more compelling, but did the story of Yasuke the first Black samurai ever need any of this? Was it not exciting enough, not relevant enough for the modern day, so that it required the inclusion of mechs and magic? I don’t think so, and I don’t think the original creators do either. This is the first major representation of Yasuke’s story on screen, so it feels like a very bizarre and slightly insulting initial step. 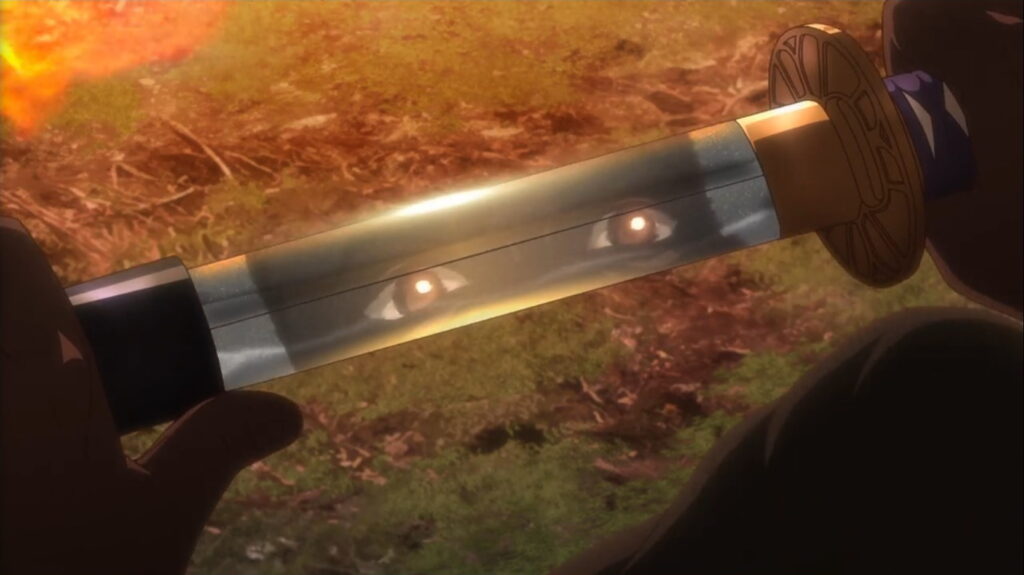 I am well aware that I am writing this review from the viewpoint of a white guy, so it’s possible that I can’t understand fully why so many Black creators and critics have connected so strongly with this story. Even so, it’s not as if I don’t care about representation, and it’s not as if I’m not interested in seeing the tale of Yasuke brought to life. Just not in the way that it has been done for Netflix.

So, if you’re a hardcore anime fan, don’t watch this show. If you’re also someone that demands something more from your media than just simple representation, then I wouldn’t recommend it either. Yasuke is a pretty disappointing series overall, especially considering just how many high-profile people are involved.

And yeah, the soundtrack is pretty good.

Yasuke is currently streaming on Netflix.