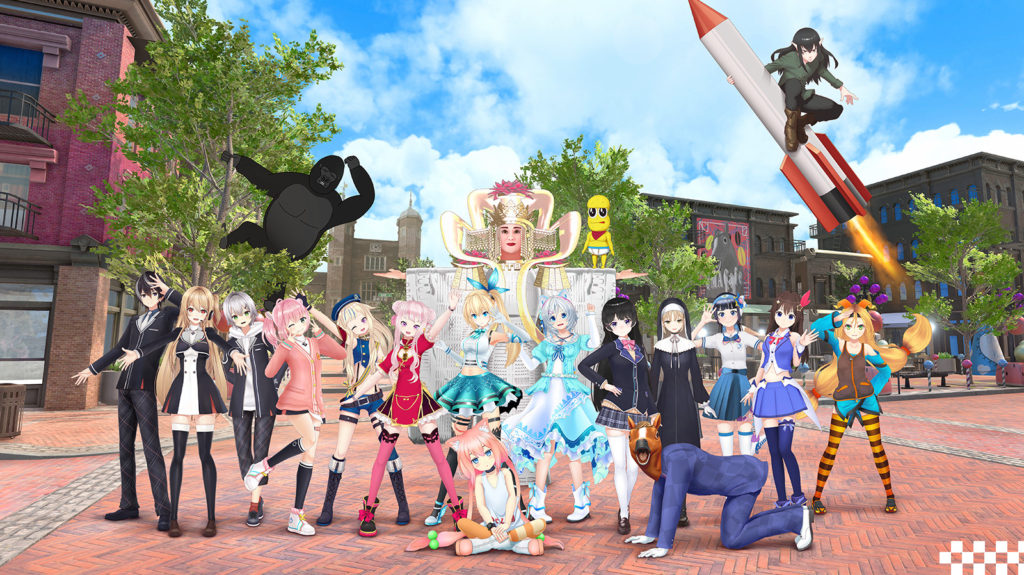 It’s been a little bit since we last wrote about Virtual YouTuber television series Virtual-san wa Miteiru, where much to his own surprise, OTAQUEST writer Jacob actually found himself having some fun. But while the series apparently has a bit going for it, Yasutaka Nakata’s opening theme “AIAIAI” with Virtual YouTuber Kizuna Ai is definitely what caught my attention. It was an interesting move for the producer best known for his work with Perfume and Kyary Pamyu Pamyu, but ultimately one that delivered. But as it turns out, Yasutaka Nakata wasn’t quite finished working with Virtual-san wa Miteiru just yet, with an all-new opening theme “Ai ga Tarinai” previewed last night.

Joining Yasutaka Nakata on “Ai ga Tarinai” is recently-formed Virtual YouTuber supergroup Virtual Real, a six-person unit consisting of Mirai Akari, Dennou Shojo Siro, Nekomiya Hinata, Tsukino Mito, Tanaka Hime, and Suzuki Hina. The track is immediately identifiable as a work from Nakata, and all six members of Virtual Real really do blend well when it comes to vocals. Previewed above, we see what is very likely a snippet of the full opening video from when this opening theme goes into play.

Whilst episodes 1-6 of Virtual-san wa Miteiru featured “AIAIAI”, episodes 7-12 will feature “Ai ga Tarinai.” What’s particularly interesting here is the choice to use two different opening themes for a one-cour anime series, something usually reserved for long-running shows. While this could mean a lot of things, it’s really just most likely that DWANGO was flexing on this one, especially given that the first opening was performed by Kizuna Ai, a Virtual YouTuber not even present in the series.

Set to release digitally on March 6 in Japan, those interested in checking out more on “Ai ga Tarinai” as well as Yasutaka Nakata and Virtual Real, be sure to visit Virtual-san ga Miteiru’s official website.