Yatogame-chan will return for third season in January 2021 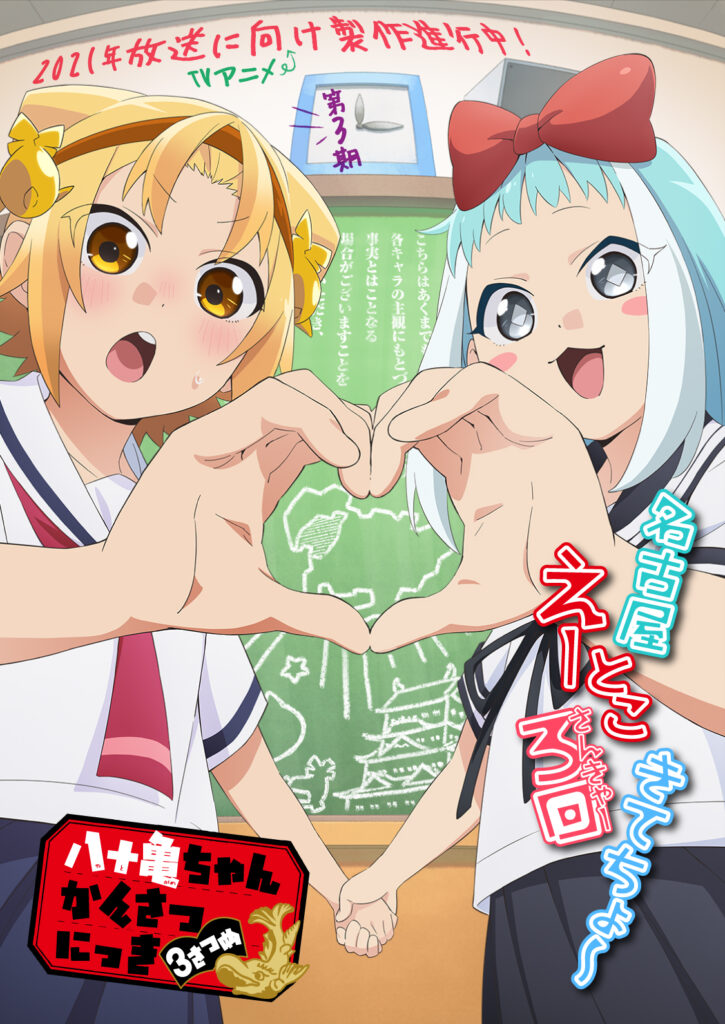 For two seasons, the anime series Yatogame-chan Kansatsu Nikki has been poking fun at the cultural quirks and oddities of Nagoya.

On Friday, the creators announced that the comedy’s third season will begin in January.

The series is based on a yonkoma manga by Masaki Ando, who was born in Aichi Prefecture.

Each episode is short — only about three minutes long. But those three minutes are packed full of jokes about the Nagoya dialect, regional food specialties, and local tourist attractions.  There’s also a lot of humor centered around the idea that Nagoya is easily ignored because it’s halfway between the mega-metropolises of Tokyo and Osaka.

The series doesn’t feel mean-spirited or stereotypical. If anything, I felt like I learned about Nagoya while I was watching, even as I was laughing at the misadventures of the main characters.

Most of the characters are members of the photography club at a Nagoya-area high school.  Each of these characters represent a different region or prefecture of Japan.

The main character is Kaito Jin, a somewhat naive and clueless transfer student from Tokyo.  He’s curious about Nagoya culture, but his head is filled with all sorts of misconceptions about the accent, etc.

Noticeably, the “standard Japanese”-speaking Tokyo native is the character with the fewest quirks.  He’s largely there to be a stand-in for the outsiders in the audience who may not understand Nagoya culture.

He becomes friends with Monaka Yatogame, the quintessential Nagoya native.  She becomes Kaito’s guide to all things Nagoya/ Aichi Prefecture-related.  And of course, her Nagoya accent is as thick as miso sauce.

Mai Tadakusa is from Gifu Prefecture, while Yanna Sasatsu is from Mie Prefecture.  Both of these girls get annoyed when people lump together Mie and/ or Gifu with Aichi/ Nagoya.

Eventually other characters representing other areas are introduced as well — but Nagoya is always at the center (literally). The series is a fun one, and you can find it at Crunchyroll.