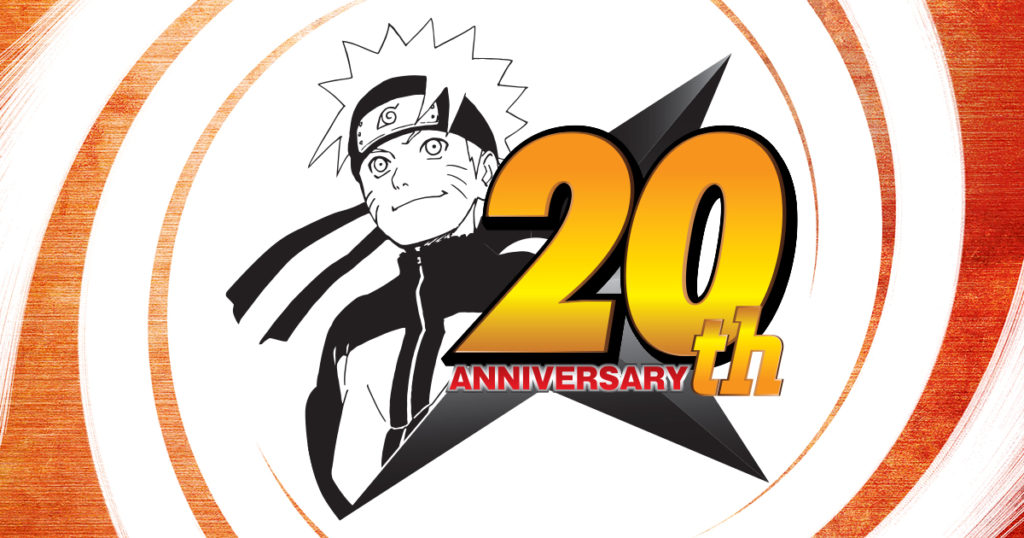 Masashi Kishimoto’s NARUTO celebrates it’s 20th anniversary this year, and while the creator himself might be busy with other projects, that doesn’t stop the franchise itself from gearing up for some serious celebrations – with VIZ Media announcing the ‘Year of Naruto’ alongside ongoing celebrations in Japan.

VIZ Media announced the ‘Year of Naruto’ event via a blog post on their official website on September 5, detailing that the event would celebrate 20 years since the series began publication in Shueisha’s Weekly Shonen Jump and include a ‘wide range of special projects.’

These are set to include ‘video games, pop-up events, panel discussions, special live programming, and an array of collabs with top global lifestyle brands.’

We won’t have to wait long until this ‘Year of Naruto’ kicks off, either. VIZ Media are commencing the project at this year’s New York Comic Con 2019, where they are set to debut ‘limited-edition Naruto products inspired by Masashi Kishimoto’s original artwork,’ including an official NARUTO skateboard and a ‘hand-numbered’ poster depicting the character of Naruto at various stages throughout his life.

That’s only the start of what is shaping up to be a very special year for Naruto fans, as VIZ have confirmed that the event will continue into 2020 with many exciting things to come. VIZ’s celebrations are even set to, in some cases, outpace those taking place in the series’ homeland of Japan.

Shueisha is putting on their own Naruto 20th anniversary event in the form of ‘NARUTO TO BORUTO THE LIVE 2019’ on October 5 and 6 of this year, but it hardly matches up to the scale of VIZ’s ‘Year of Naruto’ event.

While Shueisha’s event will feature performances from anisong giants FLOW and KANA-BOON – among other things – the fact that the west will be seeing an entire year of celebrations, whereas Japan is limited to one two-day event, is perhaps a testament to how the series’ fortunes have soured in recent years.

After all, it was only a couple of months ago that the sequel series BORUTO: NARUTO NEXT GENERATIONS was kicked out of Weekly Shonen Jump and relegated to V Jump, following a sizeable drop in sales.

Perhaps appetite for NARUTO has dried up in Japan, 20 years after its debut. Who knows, then, how the series will be remembered during it’s 30th, or even 25th anniversary?

Only time will tell, but at least this year we can take the time to appreciate the incredible legacy of Masashi Kishimoto’s series in the west, thanks to VIZ Media’s ‘Year of Naruto.’