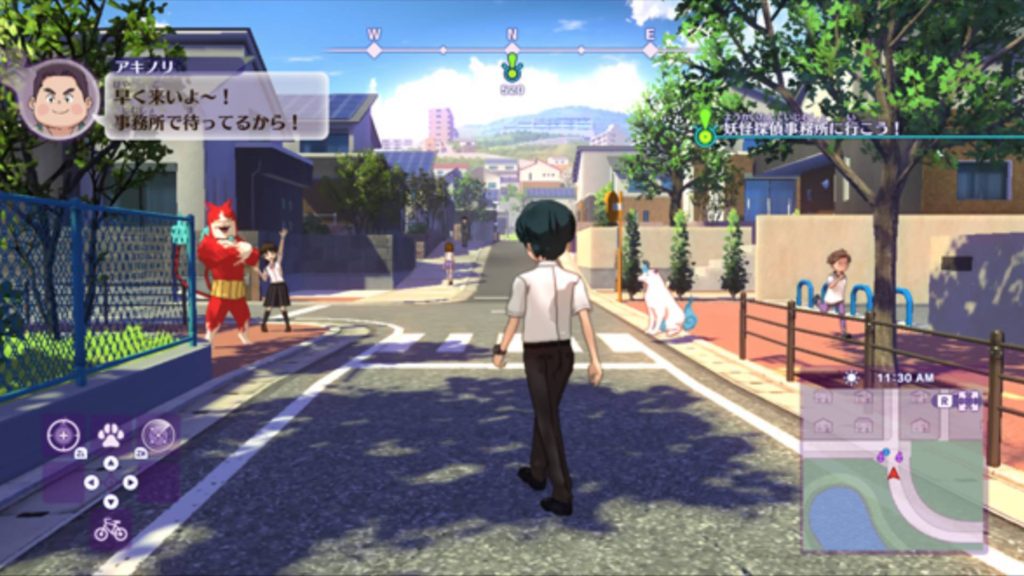 While details regarding Level 5’s upcoming Yo-Kai Watch 4 on Nintendo Switch, a recent announcement made over this past weekend has given us an even tighter time-frame to look forward to for the game. Set to release in Japan during the Winter of 2018, it’s been detailed that the game will connect the worlds of the original game protagonist, Keita, as well as that of the protagonist of Yo-kai Watch Shadowside: Oni-o no Fukkatsu’s film protagonist Natsume, and finally the upcoming Yo-kai Watch: Forever Friends’ Shin.

Revealed alongside the new timeframe for Yo-Kai Watch was our first in-game screenshot for the upcoming title, and it’s looking absolutely gorgeous. Transitioning from a console like the Nintendo 3DS to the Switch was always going to wield some seriously impressive results, though it’d be dishonest to say I’m still not blown away.

Leaving us with the simple yet efficient teaser of in-game imagery, there’s still a whole lot we don’t know about the upcoming game. With that being said, however, it doesn’t seem like we’ll be waiting too much longer to find out either. Set to release later this year on the Nintendo Switch, further information on Level 5’s upcoming Yo-kai Watch 4 can be found via the title’s official website.