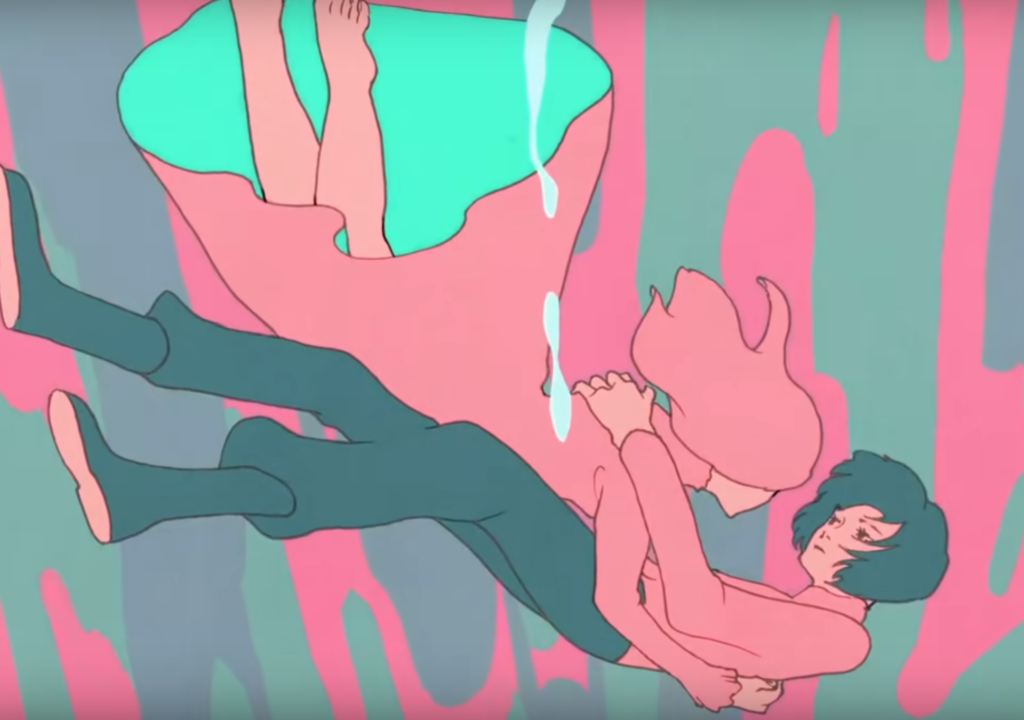 Halfway through 2020, the biggest J-pop hit of the year in the country is a galloping short story about death. Duo YOASOBI’s ‘Yoru Ni Kakeru’ (‘Racing Into The Night’) appeared on YouTube in mid-November last year, complete with an attention-grabbing animated video. It took a few months to really build momentum, but by the start of June, YOASOBI was appearing on nationwide morning shows and watching its breakout number top charts.

Surprise smash hits are common in Japan — the last few years alone have seen the goofy charms of Pikotaro and DA PUMP become year-defining numbers — but ‘Racing Into The Night’ is odd by any standard. Few out-of-left-field success stories sound this sad, for one, the usual upbeat vibes year-defining hits spraying forward, replaced by lyrics about lovers killing themselves, with a touch of the supernatural weaved in. They also rarely cite online fiction as their primary source of inspiration.

Yet these factors plus many more have transformed ‘Racing Into The Night’ into the song of 2020 thus far in Japan (give or take a Hoshino Gen quarantine cut), and pushed YOASOBI into the spotlight. The way it happened — and what it means — says a lot about Japan and the country’s music industry in this moment.

YOASOBI consists of producer Ayase and vocalist Rira Ikuta (better known as ikura). Ayase, who hides his real name, comes from the Vocaloid world. His early work follows a familiar formula from that online-centric community — Ayase creates uptempo numbers drawing from rock and electronic music, while carving out space for the digi-delivery of Vocaloid avatars such as Hatsune Miku. His songs prior to YOASOBI resemble the frantic cuts assembled by Kenshi Yonezu’s Hachi project, among many other independent creators. Listen to one such example below.

Ikuta, meanwhile, first got attention as a member of PLUSONICA, a YouTube collective of artists primarily covering J-pop songs. Like Western counterparts, these often-times twee groups offered up whimsical takes on familiar hits. Watch her below as part of this re-imagining of a Sukima Switch song…she’s the one playing tambourine.

She also releases solo music in more of an acoustic-pop style. Listen to her latest mini album below for some pleasant-enough afternoon vibes.

The two teamed up as YOASOBI in late 2019, with ‘Racing Into The Night’ as their debut single. Yet there’s one more important person who helped to shape their hit, months before they even announced the music project.

What Is the Song Based On?

‘Temptation Of Thanatos‘ is a short story written by Mayo Hoshino, posted to the online user-generated fiction site Monogatary in the summer of 2019. I won’t recite it to you, but the gist of the story follows (spoilers for anyone looking to enjoy on their own, skip down past the next video embed):

A man living alone in an apartment working for a ‘black company’ (a Japanese term referring to a job exploiting its workers) gets a LINE message from a woman who is his friend implying that she’s going to kill herself. He rushes home and finds her on the top of the building, standing on the edge ready to jump. He stops her and reveals this is the fourth time she’s tried this. She’s seemingly obsessed with death and constantly talking about the Grim Reaper. In an aside, the narrator mentions that the Grim Reaper appears to be extremely attractive to the person thinking about them. Unable to take this situation, he seemingly breaks down and reveals he wants to end it all…which prompts the woman to smile. Turns out, she’s the personification of death for him. They hold hands, and appear to jump together.

J-pop rarely turns to short stories touching on mythology, Freudian studies, and the constriction caused by modern life for source material. This is pop music — it’s meant to be an upbeat escape from the everyday. Yet from the get go, YOASOBI drew from ‘Temptation Of Thanatos’ directly. The preview video leading up to their debut goes as far as to quote the story, setting the stage for a song that boils down the macabre narrative into a speedy four-and-a-half-minute song.

YOASOBI pull it off, too, making this one of the better J-pop songs of the last year. Ayase draws from a decade-plus of Vocaloid music to craft a galloping backdrop that moves urgently thanks to the beat but hides a lot of sonic detail helping to cast the heavy emotional atmosphere and make the payoff all the stronger. Yet he leads plenty of space for Ikuta to sing, as she moves from a more traditional delivery to a swifter sing-speak to turning frantic in the final passage. This isn’t a happy sounding song concealing dark lyrics; it’s complex from the jump, and only becomes heftier as the climatic leap comes into view.

How Was It Received Initially?

‘Racing Into The Night’ came out at the tailend of a year where similar pop units consisting of producers hailing from the Vocaloid realm and singers were enjoying newfound mainstream attention. Projects such as Zutomayo and Yorushika found similar success thanks to a mix of intricate music, animated videos heavy on storytelling and a more melancholy approach to lyrics than what would usually be tagged as pop music (see also Kenshi Yonezu, the country’s biggest artist who helped make this in style). Along with what feels like inspiration from Sotaisei Riron and a re-do of what it felt like Gesu No Kiwami Otome was doing before Enon Kawatani blew it with scandals, YOASOBI felt like a culmination of many trends brought together over a dashing piano melody.

While it got attention after upload, ‘Racing Into The Night’ didn’t have a single moment of virality catapulting it to the mainstream. Rather, it gradually built steam on every social media platform. It reeled in YouTube views, but also performed well on subscription streaming (moving quickly up the Spotify Japan Viral 50…and even crashing into the Global Viral 50). It also became a staple on TikTok, though not in the way hits usually bloom up on that short-form video app (primarily as memes where the music is accessory or secondary). Rather, the majority of uploads find people covering the song, trying to match Ikuta’s performance. That says a lot about J-pop in 2020 not immediately made clear.

How Did It Get Big?

‘Racing Into The Night’ encapsulates two major trends in Japanese music right now. One I’ve already touched on — the downer lyrics reflect a shift towards more sad pop music in the country, here taken to the extreme of this being a song about leaping off the top of a building. Modern life in Japan (and, as 2020 has spiked into the global mind over and over again, everywhere) often feels draining, and hits in the country are starting to reflect that, evidenced by the rise of singer/songwriter Aimyon, the twisty creations of Yonezu and much more. Call it depressing, or just that this is one of the only music industry’s in the world right now reflecting reality.

Second, ‘Racing Into The Night’ centers the artist and the artist’s actual abilities at the forefront. The moment where YOASOBI went from an online hit to something more mainstream came after YouTube channel The First Take shared a clip of Ikuta delivering a version of the song while being filmed in one go. All her skills are laid out right there, giving the song an extra kick of authenticity, which feels in demand in the Japanese market.

In the weeks after that upload, ‘Racing Into The Night’ exploded in popularity. Morning shows covered YOASOBI, complete with interviews. The YouTube video quickly shot over 20 million views (currently nearing 25 million), and ‘Racing Into The Night’ currently sits on top of the Japan Top 50 on Spotify while also holding number one on Billboard’s Hot 100 in Japan. It’s also done well on Oricon, currently sitting at number two, behind only a K-pop release benefiting from AKB48-like physical multi releases. While other songs before it explored similar sonic and emotional trends, ‘Racing Into The Night’ feels like the real mainstream breakthrough for this type of creator. Again, this is also a song about throwing oneself off a building, adding to the surprise element of it all.

(Let’s also take a moment to note some corporate synergy pumping through this. Monogatary is owned by Sony, and YOASOBI is currently signed with Sony Music Japan. That major label assistance goes a long way, though that’s not to take away from what YOASOBI have managed — the reality is this is an example of an artist finding a happy middle ground between indie irrelevance and selling out. That’s another pronounced shift happening in J-pop, and one making it all the more interesting.)

Where this goes next remains to be seen — YOASOBI’s newest single (also based off of a short story) is performing well too, and comes complete with an internet-themed animated video. Yet they’ve already managed 2020’s biggest hit, and one serving as a perfect gateway into Japanese music in this new decade.