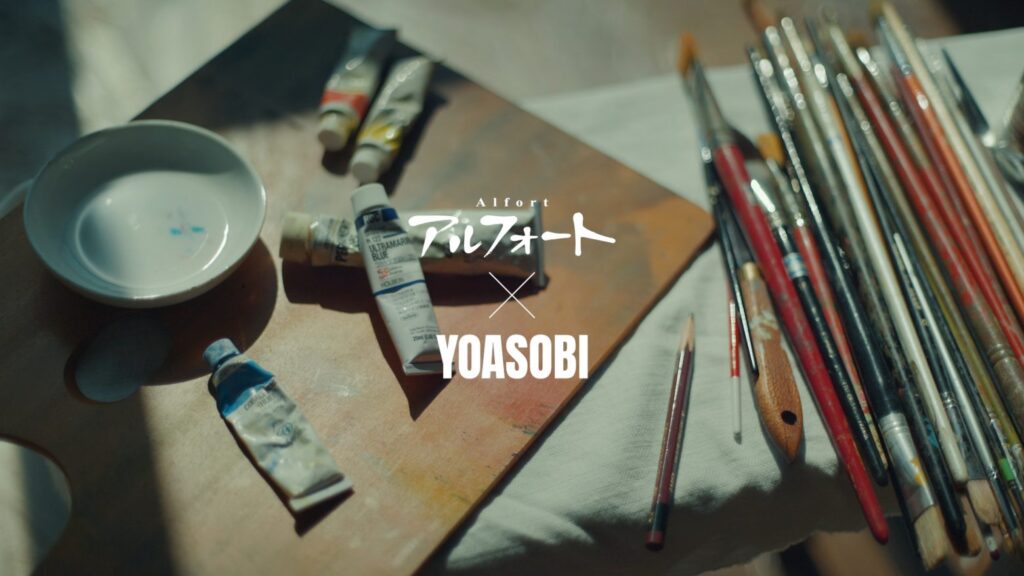 Breakout artist of the year YOASOBI have released their latest song ‘Ultramarine (Gunjyou)’ in collaboration with Blue Period, claiming that it was “inspired” by Tsubasa Yamaguchi’s manga series. The song’s music video is also sponsored by Bourbon’s brand of Alfort biscuits and features actor and model Yousuke Sugino, as well as animated art from the manga. Truly a multi-faceted collaboration, but one that works quite well.

YOASOBI’s ‘Ultramarine’ music video does a good job of not just promoting Bourbon’s biscuits, but also Tsubasa Yamaguchi’s Afternoon series. Certainly, thanks to the intervention of YOASOBI, Blue Period is further up my plan to read lists than ever – even if it never seems to end. It does this by bringing to life the art from the artistically-minded series – paired with YOASOBI’s upbeat single, it’s truly a winning combination.

Nevertheless, YOASOBI’s Blue Period collaboration isn’t all about multimedia promotion. If you watch the making-of video that went up at the same time as the ‘Ultramarine’ music video, then you’ll find that all parties involved seem to be quite enthusiastic about working with one another: both Yousuke Ogino and YOASOBI duo Ayase and Ikuta talk about how much they enjoy Tsubasa Yamaguchi’s series, as well as how much they love Alfort chocolate biscuits. Apparently, the small form factor and chocolate taste is what makes them truly special – having tasted them myself, I’d have to agree.

In any case, it is interesting to see such artists as YOASOBI talk so openly about their pop culture influences – in this case Tsubasa Yamaguchi’s Blue Period. It is no coincidence that just the other week, Yorushika crossed over with Yofukashi no Uta – not only do both artists originate from the Vocaloid scene, they are also up-and-coming groups with a bright future ahead of them.

One might also say the same for Blue Period, which is currently running in Kodansha’s Monthly Afternoon. It follows the story of Yataro Yaguchi, a high school student who finds his passion in the arts. You can read it via Comic DAYS.