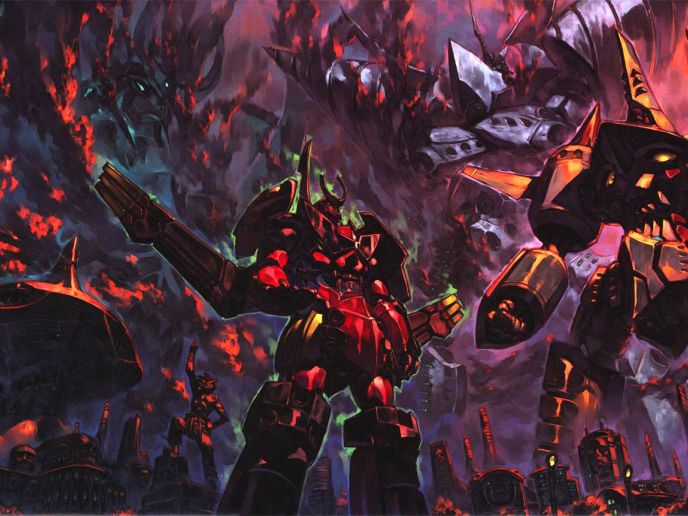 Yoh Yoshinari is indisputably one of the top talents in the Japanese animation industry today. Working predominantly under Gainax before moving to Trigger, Yoh has his name attached to works such as Neon Genesis Evangelion, FLCL, Tengen Toppa Gurren Lagann, and Little Witch Academia.

He has one of the deepest sets of skills to draw from, known for synthesizing the animation techniques of many legendary animators such as Yoshinori Kanada, Masami Obari, and many more. Yoh Yoshinari is an animation master.

Fated to be like all younger brothers in a family situation, Yoh Yoshinari got his start animating by being recruited by his older brother, the equally talented and well decorated Kou Yoshinari. Kou had recently started work as an inbetweener and enlisted Yoh to be his assistant. At the time, Yoh was only still in high school, and together they learned the ropes of the industry.

Not wanting to get a job straight out of high school, Yoh followed his brother into a technical school for animation. At the institution up and comers were taught the syntax of what would become their future job in reading timesheets, notating keyframes, and producing the right kind of in-betweens.

Outside of that, not much was taught in the way of drawing, but the two brothers already had quite the experience. For them, animation school was more of a playground where they could try things out while the other students caught up.

Infamously, Yoh Yoshinari got his foot in the door at Madhouse right after school. Having sent his resume to both Madhouse and Gainax, Yoh came to the conclusion that he was simply not good enough for the latter and settled for what he could get. Due to Kou’s insistence that Yoh was in-fact a good fit for Gainax, Yoh sent his portfolio in again.

As it turns out Kou was right, and the only reason Yoh wasn’t accepted at Gainax was that somebody had misplaced his application. Ashamed that he was leaving Madhouse after such a short period of time, Yoh told the studio that he was quitting animation altogether before pursuing a future with the titular Gainax.

At the time, Gainax had just come off the trainwreck of a production that was Nadia: The Secret of Blue Water. With Aoki Uru being in the early stages of development, the studio set up a space to submit setting designs for the show in the hopes to gather a few new ideas.

Not understanding exactly what Gainax wanted, the young inbetweener Yoh Yoshinari offloaded an immense amount of design work to the project. This practice, alongside his skills, paved the way for him to quickly become a key animator at the studio.

Yoh continued to shine with his work on the now renowned Neon Genesis Evangelion. Not taking his new responsibility lightly, Yoh could be seen drawing frames of Unit01 with a ruler in hand at all times as opposed to his coworkers who all drew free-hand. His attention to detail is what lead to the creation of a ‘Yoshinari cut’, a dense cut of animation that served as a hallmark for Yoh.

Yoh’s work on Evangelion put him on the map for many fans. Debuting with the latter half of the first EVA fight during episode 2, Yoh went on to do some of the most visually impressive cuts, including the Key Animation work for the infamous and abstract introspective 25th episode. Perhaps this is one of the many reasons he still thinks of Shinji as being a ‘little bitch’ to this day. 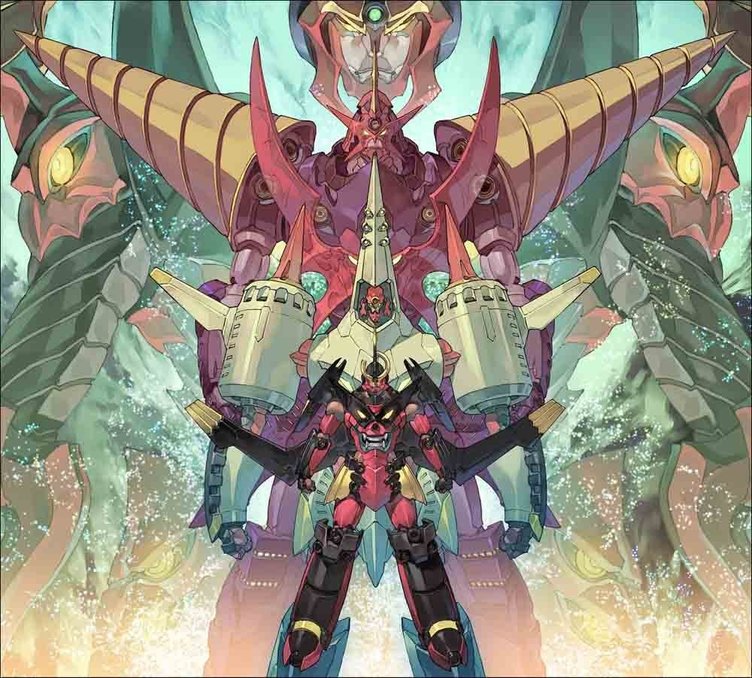 After continuing to do stunning works on the likes of FLCL and Diebuster, Yoh would be called on to participate in his most important project yet. Forming at the time what would go on to become the beloved Studio Trigger, Gainax assembled its team of young talent to work on Tengen Toppa Gurren Lagann.

Hiroyuki Imaishi had firmly established himself as being a man with very wild ideas so, of course, the studio would pair him with someone who would not only decipher his ideas in a presentable fashion but do them incredibly justice. And Yoh Yoshinari was the man for that job.

Unfortunately for Yoh, this meant two things. One: he would be moved to doing design and illustration work, which would mean less animating all round. Two: the little animating he got the chance to do was all mecha. While Yoh had definitely proven himself more than capable of drawing some of the best mecha action within the studio, as an artist he’s always desired to try new styles and different subject matters.

A Tezuka Flavoured Side Project 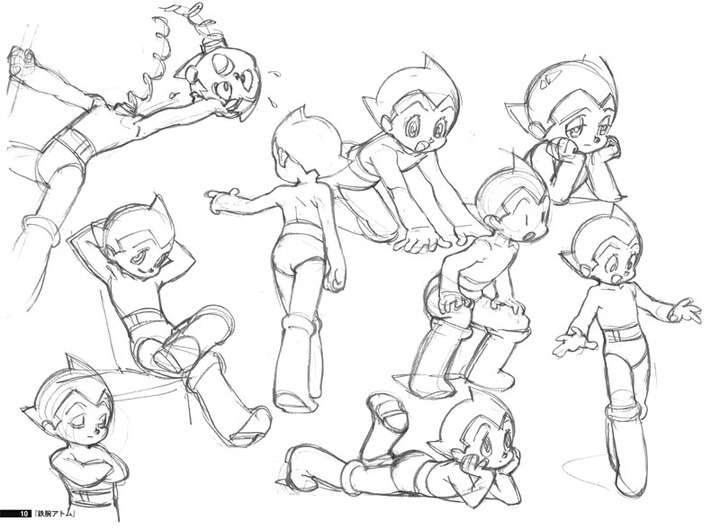 This may be one of the few occasions where Yoh decided to follow his own inclinations. For context: Yoh has always been the type of person who does what is asked for him… after all, work is work. It’s what lured him into animation in the first place, and this attitude serves as the root cause for his diligent work. Even when asked to do illustration work for Valkyrie Profile, once again at his brother’s behest, he obliged in spite of his desire to animate.

This time, adopting the pseudonym Otonari Kobo, he worked on his series of Osamu Tezuka tributes while working through his responsibilities on Gurren Lagann. That being said, he did eventually get caught by his peers, who were all in amazement that he was able to be so prolific in both his personal work and his hefty studio job.

When Gainax was working on Panty & Stocking, Hiroyuki Imaishi thought it would be a good idea to let Yoh direct an episode of his own. Being in awe of Yoh’s work for the longest time, Imaishi came up with the plan to extend ‘Yoshinari time’ from several cuts to a whole episode. His success here is what led to his directorial work on the BELOVED Little Witch Academia. 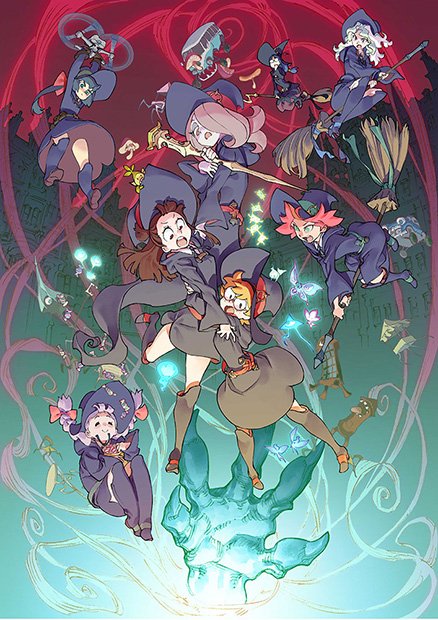 Now working for the newly formed Studio Trigger, Yoh was put at the helm of the studio’s Anime Mirai project, a short film that would receive funding from the Japanese government so long as the goal was to train new animators. Now working as the designer and the director for the project, and having to train the new recruits, Yoh faced a new challenge once again. This project would go onto becoming Little Witch Academia.

Wanting to make a film that the young animators could relate to the team came up with Akko following in the footsteps of the low-brow Shiny Chariot in order to chase her dreams of becoming a witch. This served as an allegory for young animators following in the footsteps of the creators of their favorite late-night anime into the world of animation.

While some concessions had to be made on the design, such as making the character designs cuter, Little Witch Academia was still the most ambitious of the Anime Mirai projects. From humongous dragons to tiny details scattered around each frame, Yoh along with the young animators were the epicenter of what would be a 17,000 drawing 24-minute short film.

Yoh didn’t feel awfully equipped to teach animation at the time. Feeling like education wasn’t his forte, he opted to center his teaching around his notoriously strict animation corrections. When asked about how he liked the new animators, his response after some deliberation was I’d have to spend a little more time with them to know… If possible, I’d like them to continue in this line of work’.

Little Witch Academia: The Enchanted Parade was essentially more of the same for Yoh. This time with a much deeper pool of talent to draw from and 40 additional minutes to fill, the production did lend itself to more trouble than its predecessor. It was not until Little Witch Academia (TV) that the blights of directing really revealed themselves to Yoh. After spending many sleepless nights behind his desk at the studio, he vowed never to direct again.

What Lies in the Future for Yoh Yoshinari 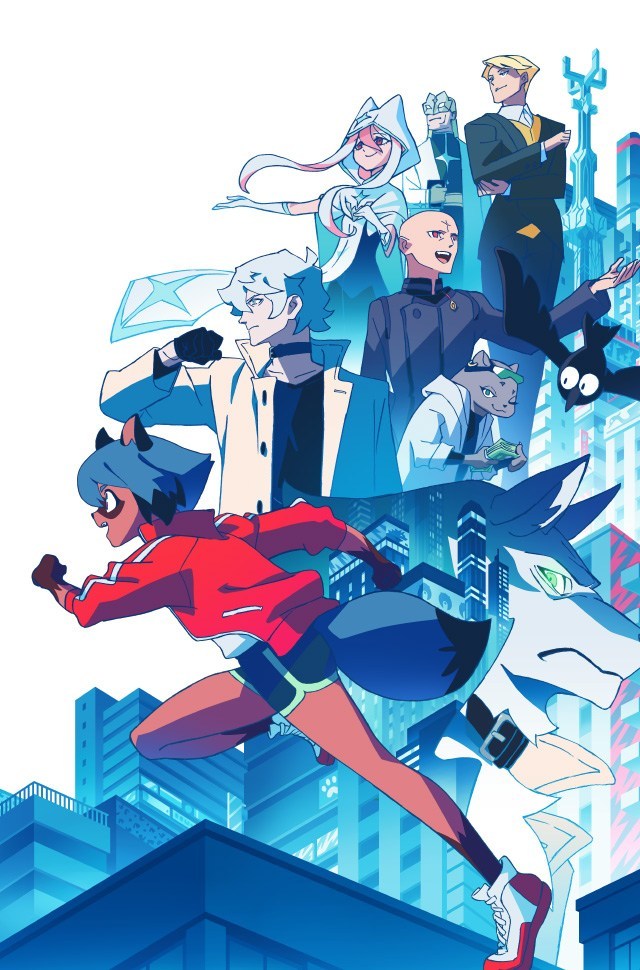 Currently, Yoh Yoshinari’s lastest directorial project BNA: Brand New Animal premiered on Netflix in Japan in March 2020 and began airing nationwide in April 2020. It takes place in a world where a race of Human/Animal hybrids known as beastmen have resurfaced after years of hiding from humans and have established their own safe haven in Beastman City. That safety is threatened by an unknown force which main character Michiru Kagemori ends up getting all mixed up in as a result of a mysterious circumstance of her own. She assists Shiro Ogami, a social worker and self-appointed protector of the city, as he tries to get to the bottom of the mystery.

The Art of Yoh Yoshinari 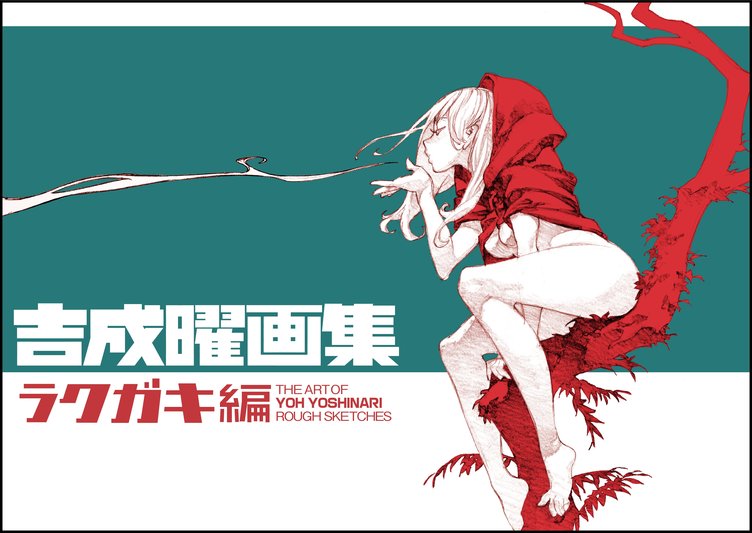 There are currently three volumes of Yoh Yoshinari art books published by STYLE.

Among these artbooks is The Art of Yoh Yoshinari: Rough Sketches, which serves as a collection of his sketches over the years, including early concepts for Gurren Lagann, Little Witch Academia, and various other things Yoh has sketched over the years.

The Art of Yoh Yoshinari: Rough Sketches Tezuka Characters is a similar type of compilation, only focusing on the sketches he did for his Tezuka tributes.

Finally, The Art of Yoh Yoshinari: Illustrations contain some of his illustrations for Gurren Lagann, Little Witch Academia, Valkryie Profile, and more.