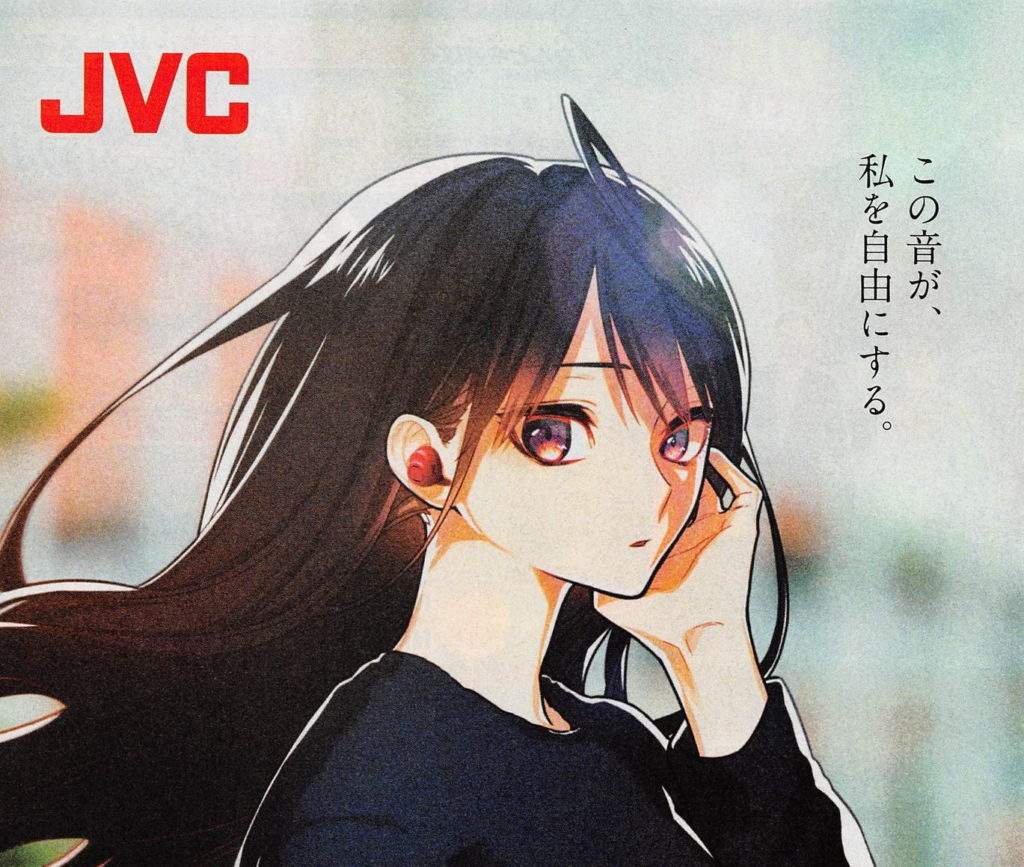 JVC listed Yonagi Kei as one of their official brand ambassadors on their official website earlier this week, where she shares a space with Japanese rock band LELLE, vocalist Micau Kamura, and women’s soccer player Kozue Ando, among others. 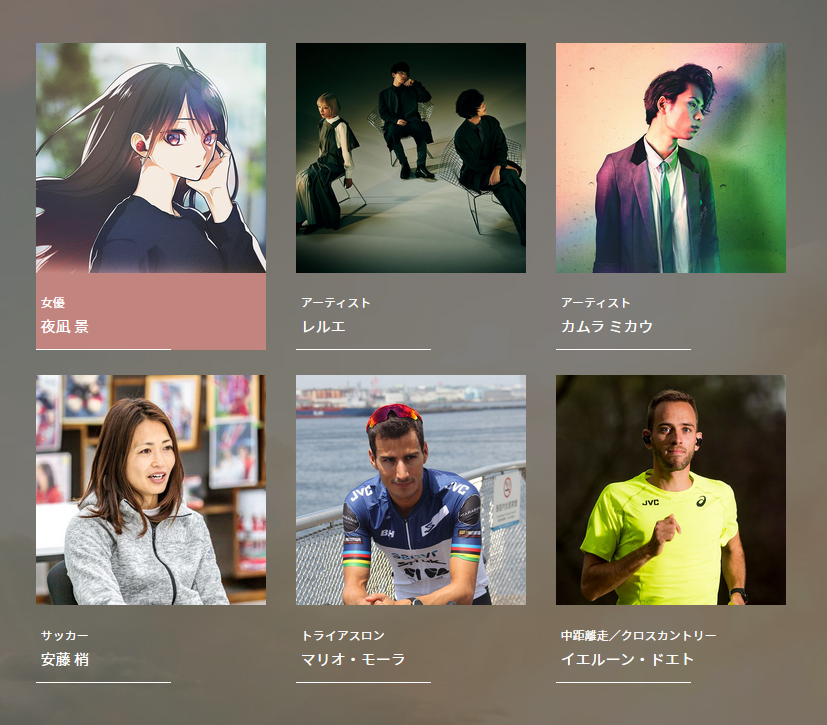 This update to JVC’s official website followed an advertisement for JVC’s HA-XC50T wireless earphones placed in this week’s issue no. 1 of Weekly Shonen Jump, which features the act-age protagonist ‘modeling’ the earphones – almost like a real actress. The website also points out that she used the company’s HS-XS10S over-ear headphones in volume 8 of the manga. 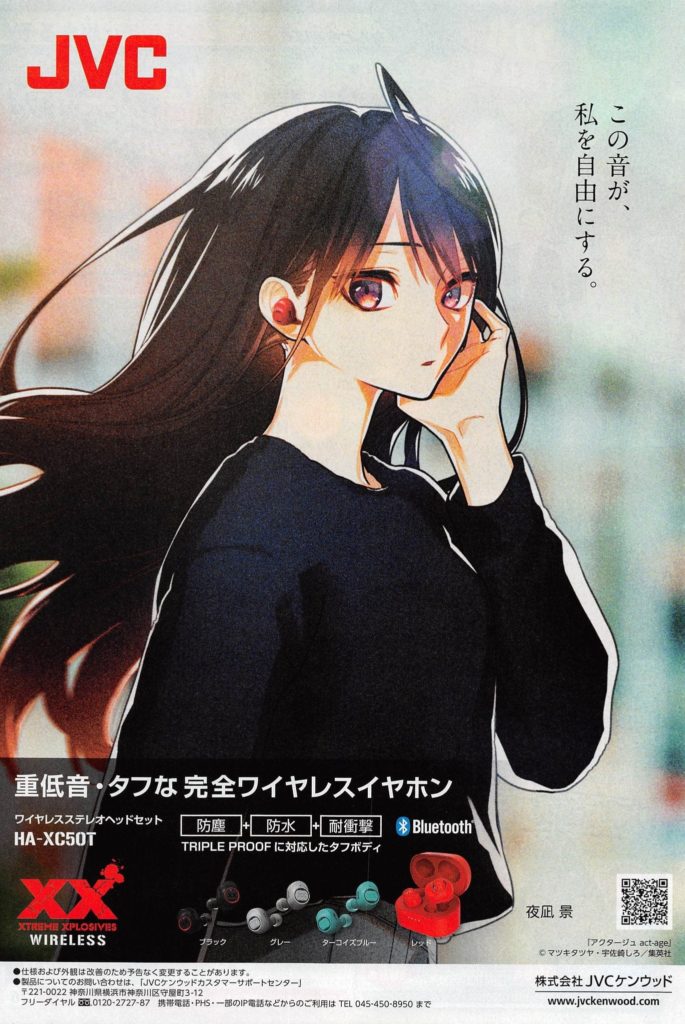 JVC ambassador Yonagi Kei even offered a ‘comment’ for the campaign. It reads as follows:

‘Ever since I did some work on a music video, I’ve started listening to music while I’m out and about. I also got laughed at for my bad singing the other day when I went to karaoke, so I’ve also been doing some singing practice. That’s why I feel fine taking on more musical jobs. These earphones have a lot of colors, so I wasn’t sure which ones to pick. But I ended up picking the red ones. They’re cute. I like them.’

Such a mind-bending campaign seems to form a key part of how Shueisha is promoting the series, which launched earlier last year. In February, Yonagi Kei was featured on the cover of Shueisha’s Weekly Playboy and on several ‘pin-ups’ that came with that issue of the magazine to celebrate the series’ first anniversary. She also did a campaign with the Japanese Fire Safety Agency to promote, well, fire safety.

Blurring the lines in this way – allowing companies such as JVC to use Yonagi Kei’s likeness, just like how a real actress would do marketing campaigns – is really cool and no doubt brings many new eyes to the series. But JVC will also no doubt benefit from the promotion as well; just the other week, it was announced that act-age had surpassed 2 million copies in circulation.

But Yonagi Kei’s time as a JVC brand ambassador is just getting started. Navigating to the bottom of her ambassador page, you’ll see a section titled ‘Movie’ that contains the words ‘Coming soon.’ In other words, there’ll be some kind of video to go along with the images sometime soon, and it seems like it’ll be a music video.

If this brand ambassador campaign and the series’ recent center color in Weekly Shonen Jump doesn’t say loud and clear that Tatsuya Matsuki and Shiro Usazaki’s debut series isn’t going anywhere any time soon, then I don’t know what does. Now, if only VIZ Media would plug that conspicuous chapter gap…