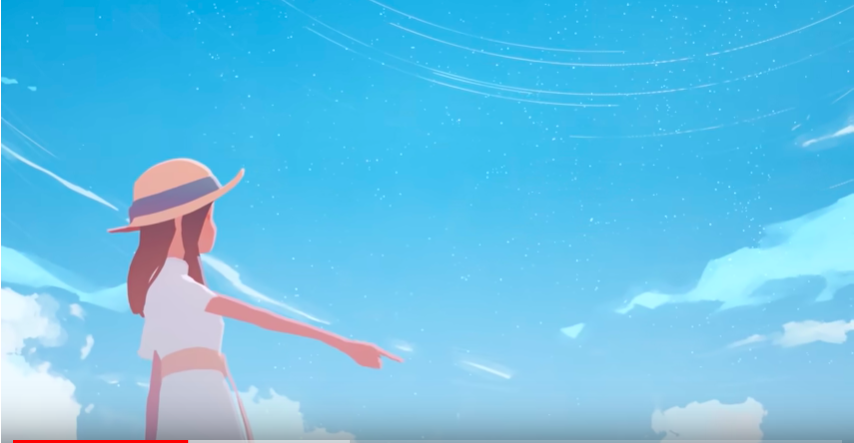 It has been a big week for the rock project Yorushika. The two-member project released their first full-length album on April 10, earning nods from Japanese critics and being selected by streaming service Apple Music as the “new artist of the week.” Far more impressive has been the response to the video for the song “That’s Why I Gave Up On Music”, one of the most viewed clips uploaded to YouTube in Japan this week. Watch that one below.

First, a little background. Yorushika is a project bringing together Vocaloid producer and illustrator n-buna with a vocalist named suis. They’ve been working together since 2017, and have actually attracted a lot of attention for a pretty young group up to this point. Multiple songs from Yorushika have racked up millions of views, and at least one has become a meme number on short-form video app TikTok. Up until this point, their songs have been in the same jaunty rock zone as groups like Polkadot Stingray or Gesu No Kiwami Otome, with electric guitar being the foundation.

“That’s Why I Gave Up On Music” serves as the title song to their first full-length release, serving as the closer and highlight of the whole release. The album itself is solid but leans towards a familiar Japanese rock format where gentle piano melodies wrap around driving guitar and drums. It’s fine, but pluck a random CD off the Tower Records “rock” shelf and you can probably find something that sounds the same.

But “That’s Why I Gave Up On Music” stands out from the rest. That’s partially because of how the classical and rock touches come together to help give suis’ vocals a little extra lift. And she makes the most of it, delivering the liveliest hook they’ve created yet and lets it all flow over in the finale, where she just lets her voice go. That ends the song — and the album — on a particularly cathartic note.

The best part, though, comes from the lyrics. Plenty of galloping rock songs lean in to goofy metaphor and forced positivity, but Yorushika aims instead for something a bit more glum. Yorushika keep the actual subject vague, but whatever the central tension is it has caused the narrator to…well, give up on music.  Going off of the English translation shared alongside the video, this one comes peppered with stray thoughts like “hey, what will I do in the future? /it shouldn’t be music, right?” and then “I’ve thought about it, but I still don’t understand/ why just living is painful/ why you can’t make a living from something like music.”

These aren’t questions popping up in your usual J-pop hits. And it boils over at the very end, when the central character just seems down on everything and basically going full nihilist. “Even I had faith in something once/ now the feeling is nothing but garbage,” and…just look at the title. Coupled with a deceptively colorful video, this is one of the more downbeat numbers to gain ground in Japan in recent memory. I doubt they’ll be leaving the music industry based on the attention they’re getting from this one.