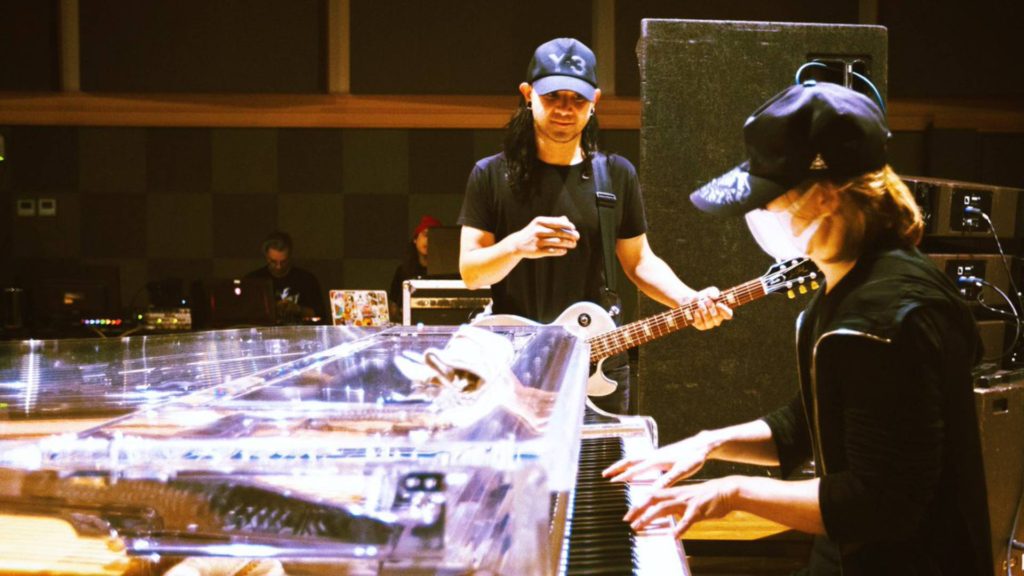 There’s a shortlist of collaborations that I honestly could have never imagined coming to fruition, and sitting atop that list would have to be a live performance from both X Japan’s own Yoshiki and internationally-renowned electronic producer Skrillex. With that being said, as it turns out, that’s exactly what would be happening during the recent Fuji Rock Festival outside of Tokyo, with the multi-talented musicians collaborating in front of a phenomenal audience to the tune of both X Japan’s “Endless Rain” and Skrillex’s remix of Benny Benassi’s “Cinema” into “Scary Monsters and Nice Sprites”.

Performed as an encore to Skrillex’s set during his only major festival performance of the year, the duo’s emotionally charged rendition of “Endless Rain” saw Skrillex on guitar and Yoshiki on his signature transparent grand piano. Following on from this Yoshiki ditched the piano for his own set of drums, jamming alongside Skrillex to the tune of “Cinema” into an absolutely ham drum and bass remix of “Scary Monsters and Nice Sprites” as performed live by the two of them.

Calling this a big deal would be an understatement; even just the live performance footage left an unmistakable mark on my views towards the two musicians. If this was some sort of teaser for something to come, I’m most definitely all for it. When it comes to collaborations like this where two music super-powers collide, I’m two-hundred percent behind it every single time.