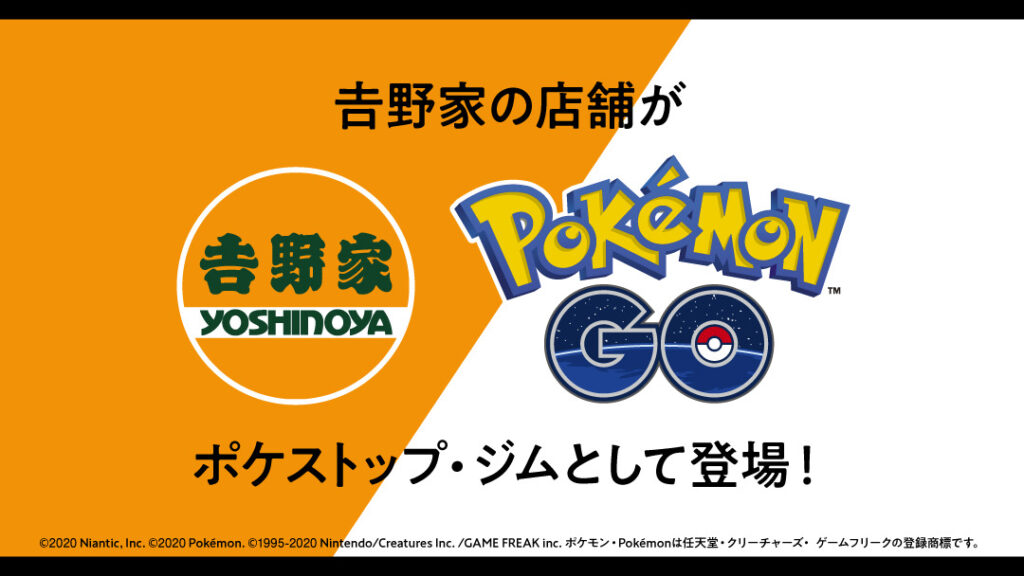 Ever since Pokémon GO was first released, Niantic has collaborated with Japanese branches of McDonalds to turn every location into either a Pokestop or a Pokémon Gym. It ensured players would visit on a long walk and gave players a number of additional locations to play the game. Unfortunately, this collaboration has now come to an end. But worry not! Yoshinoya have stepped in as an official partner, and now every branch of the food chain in Japan will become its own Pokéstop or Gym.

Known for their rice bowls, gyudon and beef bowls, the chain are known for their low-priced Japanese food. Chains are plentiful in Japan, albeit not quite as plentiful as McDonalds chains are in the country (3000 vs roughly 1200), although just like the promotion Niantic previously had with McDonalds, this new promotion means that every chain will now aid you on your Pokémon GO adventure. It’s not the first time the chain has joined forces with the Pokémon brand, having previously done special Pokémon-themed rice bowls, but this is a much larger and more permanent campaign.

In celebration of this new partnership, for a limited time, Pokémon GO players can show a special coupon found on the coupon page of Yoshinoya Pokéstops for 10% off a full-priced order. This is a very limited offer, as it runs for less than a week from today until the end of the day on October 25th, but it feels like a perfect excuse to dive into a cheap yet delicious bowl of rice.

Even if the end of the McDonalds promotional campaign is disappointing, it’s good to know that players won’t lose out. Less Pokéstops and Gyms could disrupt the balance of these games, after all, but with these locations being replaced by Yoshinoya stores, it should make up for the shortfall and ensure a tasty continuation of routine for Pokémon GO players.