The 40th-anniversary celebration is coming to New York City this November. The legendary Yoshiyuki Tomino, the creator of Mobile Suit Gundam and director of many classic Gundam shows, is making an exclusive U.S. appearance at the NYC based Anime NYC November 15-17.  An absolute icon, Tomino will be joining the guest ranks with Dr. Stone creators Boichi and Riichiro Inagaki as well as anison giants JAM Project. It’s been a decade since Tomino last attended a convention in The United States, so know that this opportunity doesn’t occur often. Especially since now he’s hard at work making the Gundam: Reconguista In G compilation film series, a staggering five movies, he’ll be busy again for who knows how long after this. 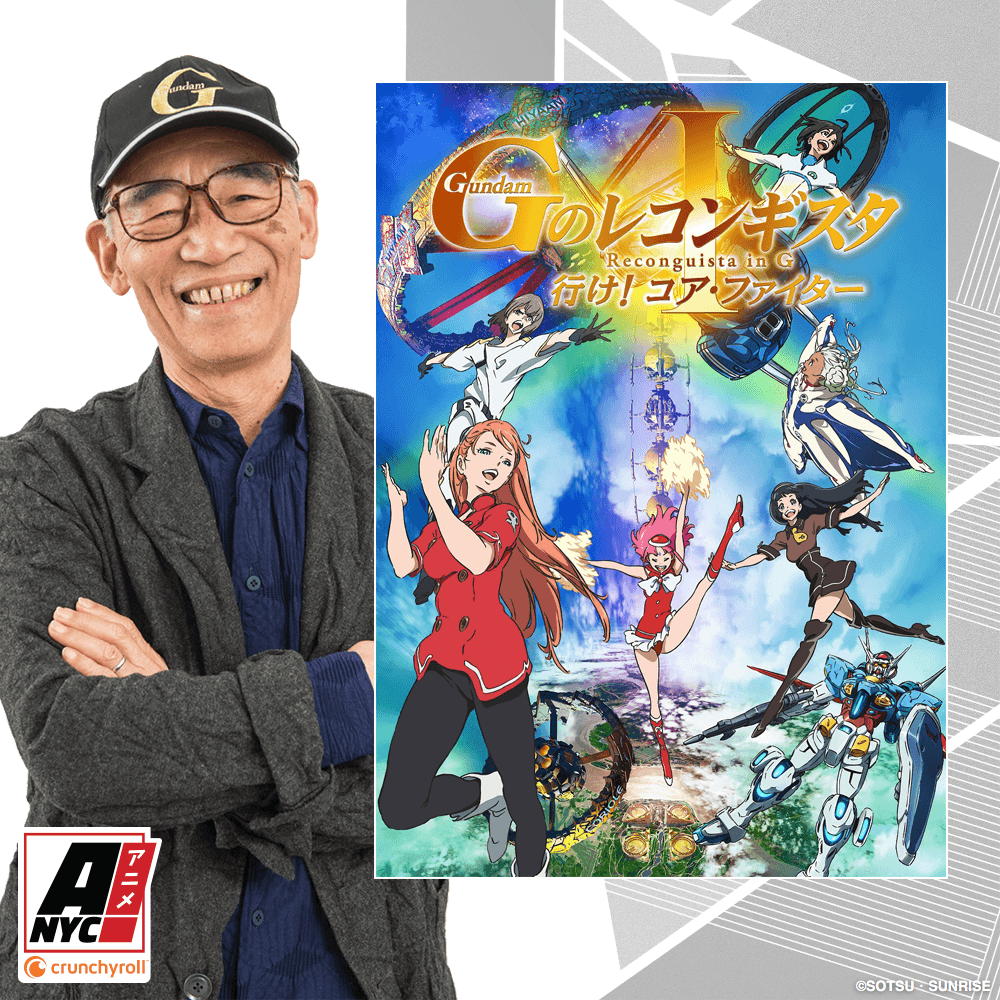 We imagine Yoshiyuki Tomino will be eager to talk about the upcoming Reconguista In G compilation series; 5 films made from a 26 episode show, one would hope they’ll be filled with new material. Of course, I’m sure if you attend his Q&A sessions, autograph signings, and whatever other Gundam events occur at Anime NYC, he’ll have plenty to say about the entire series. If you really wanted to impress him, you could even bring up Space Runaway Ideon which, along with Gundam, was a direct influence on Neon Genesis Evangelion among other shows.

Western anime fandom is kind of experiencing a resurgence in Yoshiyuki Tomino shows as of the last few years. After Bandai ceased their U.S. anime operations, all of Mobile Suit Gundam, was inaccessible for years until finally Right Stuf and Nozomi Entertainment starting released every single Gundam series, largely on Blu-ray for the first time. Sentai Filmworks has even gotten in on the action this past year with the first modern releases of Space Runaway Ideon, Aura Battler Dunbine, and Xabungle. It truly is a great time to be a fan of Kill ‘Em All Tomino.

Yoshiyuki Tomino will be coming to Anime NYC November 15-17.