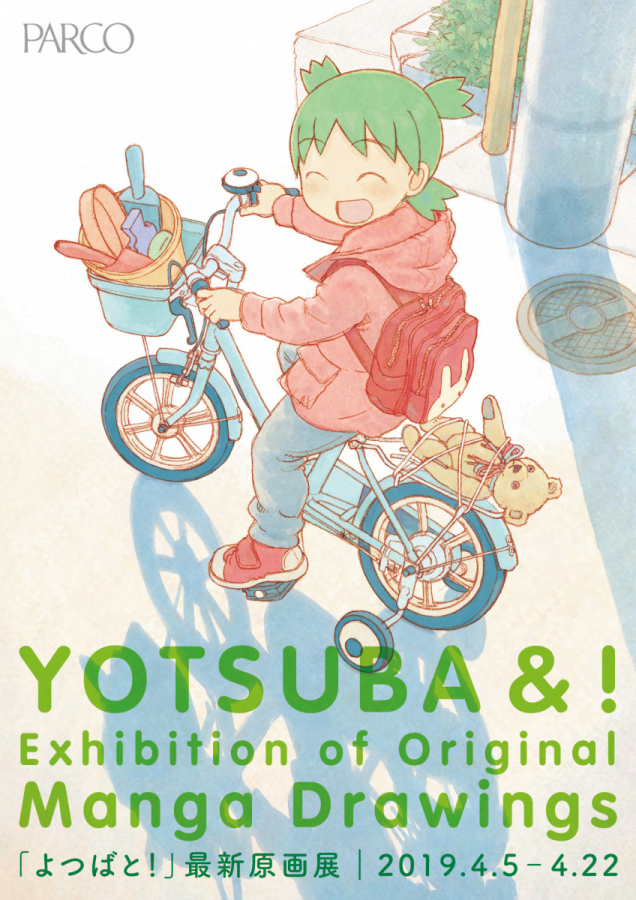 This year marks 15 years of our beloved Yotsuba and her antics, and the Parco Museum in Ikebukuro will be holding an appropriate celebration in April 2019. In the exhibit, you’ll be able to see a number of exclusive paintings prepared specially for the event, as well as never-before-seen storyboards, drawings, and videos that you can only see if you attend the exhibit.

There will be a heavy focus on volumes 13 and 14 of the manga, a given being that they are the most recent volumes. We’ve also been promised to be shown the process of making Yotsuba&!, starting from the moment the story idea is born all the way to the finished manuscripts.

Yostuba&! is a comedy manga written by Azuma Kiyohiko about the casual daily life of energetic 5-year-old Yotsuba and her supportive adopted father. Yotsuba&! is an easy, casual read that pulls you away from the bustle of your own busy daily life and into the world of the quirky misadventures of the goofiest little kid you’ll ever encounter. The manga was originally published in the monthly magazine Dengeki Daioh from 2003. Since then, Yotsuba&! has gradually gained massive popularity worldwide, with the manga series selling over 13.7 million copies in 13 languages worldwide.

The Parco Museum’s Yotsuba&! 15th Anniversary exhibit will also be selling limited-edition goods and original items that you can only get during the time of the exhibit. It will take place from April 5 through until April 22 on the 7th floor in the Parco building in Ikebukuro. You can keep up with updates on their official Twitter, and check out the upcoming exhibit’s website here.