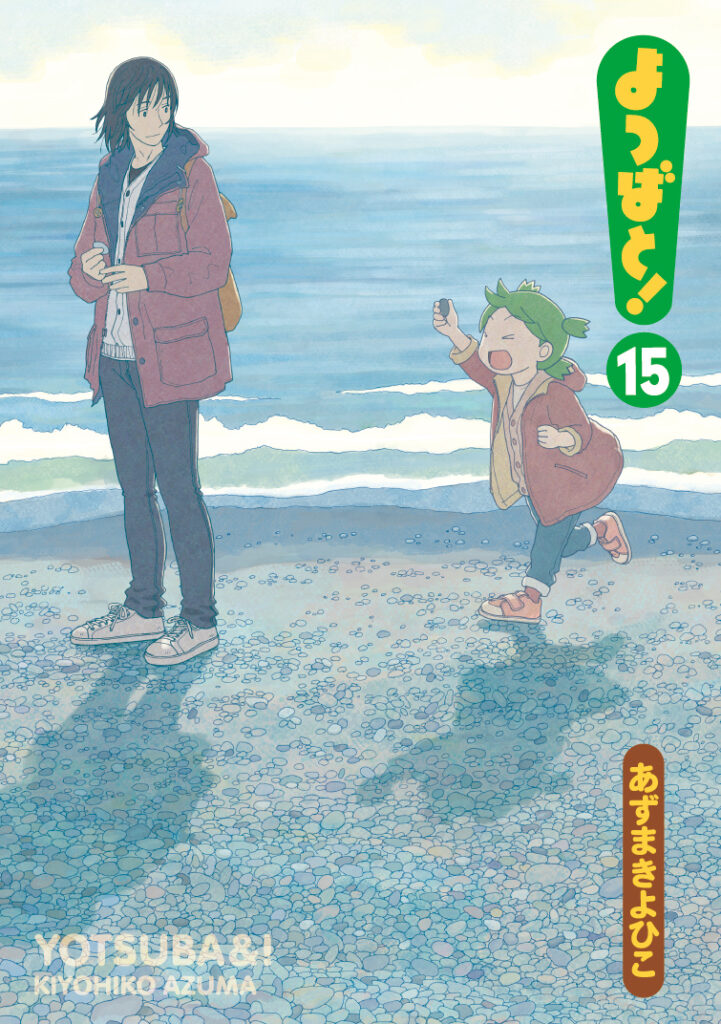 The super-cute manga Yotsuba&!  will return with more adorable little girl adventures on 27 February. Volume 15 will be the first book published in the series since #14 came out in April 2018.

Since Kiyohiko Azuma first created the manga series in 2003, Yotsuba&! has been delighting readers with its slice-of-life tales of little five-year-old green-haired Yotsuba Koiwai, her adoptive father Yousuke, and their friends. Yotsuba is a cheerful, adventurous child, and probably a lot more realistic than a lot of kids in anime/ manga.

Despite having a somewhat sporadic publishing schedule for the past decade, Yotsuba&! remains popular. According to reports, at least 13.7 million copies of the manga have been printed in Japan (as of 2018, when the last volume came out). On top of that, another three million have been printed for worldwide distribution in various languages.

Yotsuba&! is published in Kadokawa’s Monthly Comic Dengeki Daioh. You can also read a few chapters for free online at Kadokawa’s Comic Walker (Japanese only).

The series is also known as Yotsuba To, which translates as ‘Yotsuba And.’ Most chapters are titled ‘Yotsuba And (something),’ where (something) is whatever Yotsuba is interested in at the moment.

In North America, Yen Press took over the English-language publication from ADV Manga in 2009.

Even if you’ve never experienced the Yotsuba&! manga, you may be familiar with Azuma’s schoolgirl comedy series, Azumanga Daioh. That’s how I found out about Yotsuba&! There has never been a Yotsuba&! anime series, although Yotsuba’s robot friend Cardbo/ Danbo inspired a spin-off anime, Nyanbo!, available on Crunchyroll.