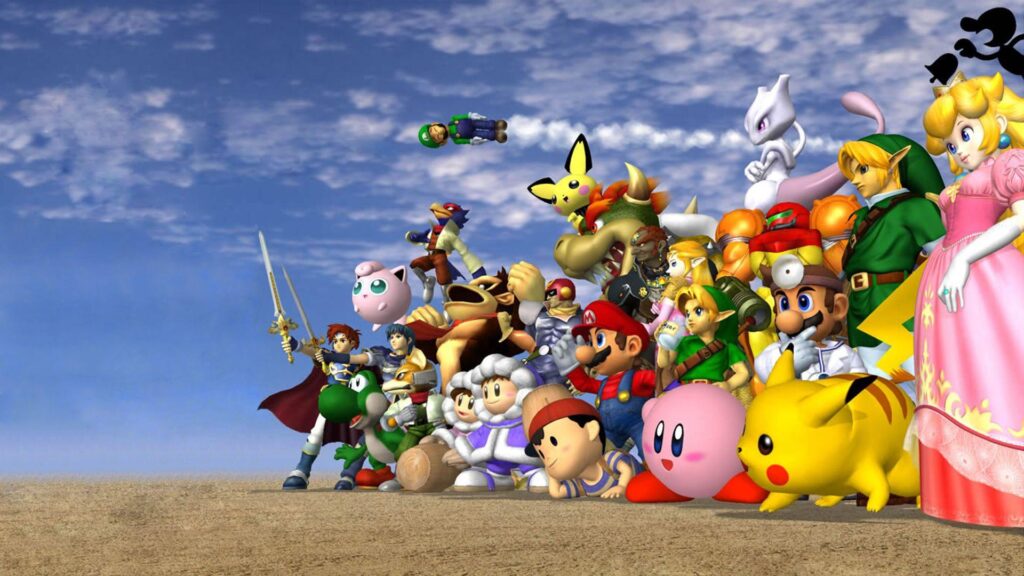 Everyone keeps some semblance of their childhood selves deep within their hearts, and surely that inner child’s hammering away on their ‘Nintendo’, as Mom and Dad would call those little boxes full of games. Not that all our ‘Nintendos’ were the same mind you. Depending on when you entered this world and when your parents gave in and bought you the darn thing, your first Nintendo console could’ve been the Super Nintendo, the GameCube, or maybe even the Wii U!

We don’t all share the same entry point, but people loving their ‘Nintendo’ is a shared Universal experience that led us all to cherish our favorite Nintendo series. It is so integral an experience to who you’ve become as an adult that it can be traced back to which Nintendo series imprinted itself the hardest on your soft-child brain.

People might think you loving Mario so much is either silly or ironic, but you simply and correctly acknowledge that just about every mainline Mario game is really really good. Just because it’s the Nintendo Series doesn’t mean it can’t be your Nintendo series. Another possible explanation: You’re Italian. Possibly a plumber. And maybe you know a princess. But she’s not in this castle…

The Legend of Zelda

From the top of your head to the tip of your toes, inside and out, you are irrefutably and undeniably a Gamer. You might even proudly call yourself an ‘old school’ or a ‘retro’ gamer.

Those who consider Splatoon their favorite Nintendo series take Splatoon seriously enough for Nintendo to already have a third numbered entry in the works. We respect both those who value their aesthetics or take the time to get good at a game. You’re either 9 years or 35 years old, and if you’re the latter, you’ve spent years wishing for SEGA Dreamcast 2 to be real.

Don’t worry, we’ve been too.

You’ve only ever played Star Fox 64, and maybe the SNES game once or twice for those rough polygonal giggles. Despite the dinosaurs and furry escapades, it could’ve been our favorite Nintendo series too if our beloved developer actually just made another one of these. Alas, it wasn’t meant to be.

At least you sleep easy, not knowing the horrors and banality of the Wii U gamepad aiming.

You’re extremely sociable, down for anything, and generally great at parties. You’re probably not what people would call a ‘nerd’ and that’s okay! Everyone likes you and you just want everyone to have a good time in return.

One thing you need to keep in mind regarding people whose favorite Nintendo series is Mario Kart though: They will turn on you and bludgeon you to death at a moment’s notice, and have ruined more than one good friend over a last-minute 2nd place.

You’re not in an Earthbound cult, despite how fanatical you seem, so you’re considering launching the very first Mother cult, ready to call Shigesato Itoi your light and savior.

You bought a Nintendo Switch to play Animal Crossing during the pandemic and your villagers haven’t seen their beloved mayor since Christmas. The last time you bought any video game console was the Wii vanilla, and the game you played most on it was Wii Sports. As a kid, Pokémon was your favorite Nintendo series of choice, and you really meant to finish up your copy of Pearl.

But, hey! Now that its long-awaited remake is coming out on that very Nintendo Switch already in your hands, you have your chance.

Life’s cold for a bounty hunter patrolling the vast emptiness of space, but it’s even colder for fans of the Metroid Nintendo series, dedicated still no matter how neglected. Often staying up to the crack of dawn, writhing in bed unable to sleep because you’re stuck wondering if you’d been happier if Nintendo never announced Metroid Prime 4, instead of giving you false hope.

You curl up into a ball often, just like your hero Samus.

F-Zero fans see the Metroid fans wallowing in their misery, screaming that nobody cares about their favorite Nintendo series, and think its cute. 99% of people only know your favorite game exists because of Smash Bros.. There is no new entry since Gamecube, but you’ve made your peace with that. It’s what Captain Falcon would want and gosh darn it, you’re not about to let him down.

You’ve transcending to higher levels of reality, long since having comprehended the true meaning of the universe, and now coexist with the infinite. Fluctuating between different vibrational frequencies can get pretty lonely, though you’d never admit it.

Occasionally you consider returning to human society and playing one of those Paper Mario or Mario & Luigi RPG titles but no… Those aren’t Super Mario RPG: The Legend Of The Seven Stars, the solitary pillar of this Nintendo Series you swear remains every bit as good as Chrono Trigger.

Noticed we don’t have an entry for Pokémon? We did a whole one of these specifically for Pokémon games. And if you want to know more about what your geeky preferences say about you, check our list on Ranma characters.