Hello there and welcome to Your Manga Week. Finding time to keep up with all the manga that releases on a weekly basis can be difficult, so I’m here to tell you what’s worth your time and what’s not. We’ll also be discussing the story and arc developments as they come. This week, we’re chatting Yui Kamio Lets Loose chapter 37, Double Taisei chapter 27, and Mission: Yozakura Family chapter 14.

Waiting for manga news is a lot like waiting for a bus: just as you’re about to give up and go home, it all turns up at once. Weekly Shonen Jump announced the long-awaited Jujutsu Kaisen TV anime just this Monday, along with the announcement that four of their less popular serializations would be drawing to a close and replaced with new series very soon. But even on a broader industry level, this week saw Hiromu Arakawa’s Silver Spoon come to an end in Weekly Shonen Sunday as well as the final volume of Nio Nakatani’s Yagate Kimi ni Naru (Bloom into You) hit store shelves. Sad times, but these are equally times when we can start to look forward to the future.

Hiroshi Shiibashi’s Yui Kamio Lets Loose was one such series that came to an end this week after a long nine months of transformation from a relatively innocuous love comedy to a full-blown supernatural battle manga. But while its journey has been fascinating to watch unfold, seeing Shiibashi round off his tale with this week’s ending is more than a little disheartening.

Firstly, I need to correct myself from previous weeks. As it turns out, the girl in the mirror is not actually Asuka Ashuradera, but in fact a completely different person – the queen of all Mushi, Himiko, in a narrative development that I’m sure no one failed to see coming. 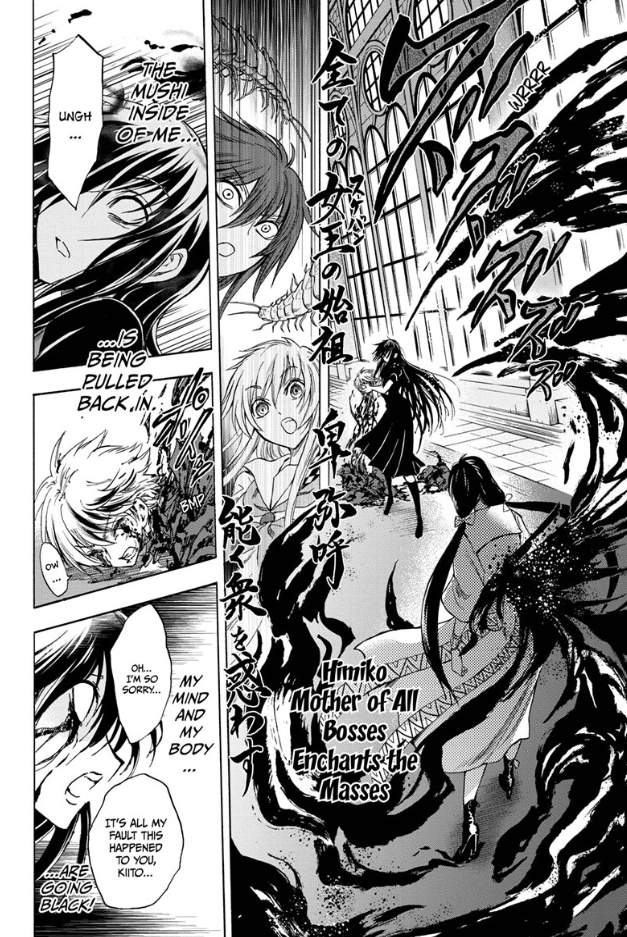 While it’s good that Yui Kamio chapter 37 did eventually reach the professed narrative end goali, this isn’t exactly achieved with style or grace. In the first place, how Yui and Kiito defeat the Queen Mushi isn’t explained very well – there’s some kind of final ‘passing on’ from Black Yui to White Yui, and then things just shift into an epilogue. Even the characters seem baffled, as some of Yui’s former enemies make this comment:

That epilogue which makes up the later portion Yui Kamio chapter 37 does, however, offer at least something good for the series to go out on. There are some genuinely endearing character moments during this, as Kiito’s harem once again comes into conflict and the ex-girl bosses exchange fun quips. It’s little touches like these that make me more than a little sad that the series is no more. 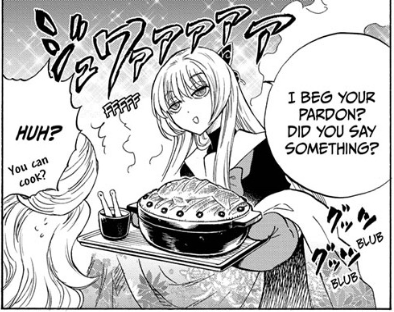 Still, the problems of forced cancellation are evident in this concluding chapter. For one, I’m sure that Shiibashi would’ve written a better, more understandable ending if given the time, but there’s also the fact that the actual end fight seems slightly redundant. Why go all the way to Kansai if the final boss was in the mirror the whole time? Why set up a new narrative arc in this fashion if the story was going to come to an end so soon?

All of this I can only imagine came down to the shortcomings of Shiibashi’s editors, not himself. It’s very possible that he was given the go-ahead for this latest arc only to be told that he would have to wrap it up very soon not long after. Let’s just hope that the author gets given another chance sometime soon.

In a strange twist of fate, Double Taisei chapter 27 actually saw in a decent ending for Kentaro Fukuda’s shogi-centric series. While the series has had its fair share of noteworthy moments, it’s hardly popular – hence why it is facing the ax this week – which is why I have to give Fukuda credit for not resting on his laurels and wanting to go out with a bang.

Double Taisei chapter 27 jumps forward in time to deliver the epilogue for its cohort of young shogi players. It is the year 2025, and Tendo is confined in what seems to be a prison – immediately, your imagination starts running mad. 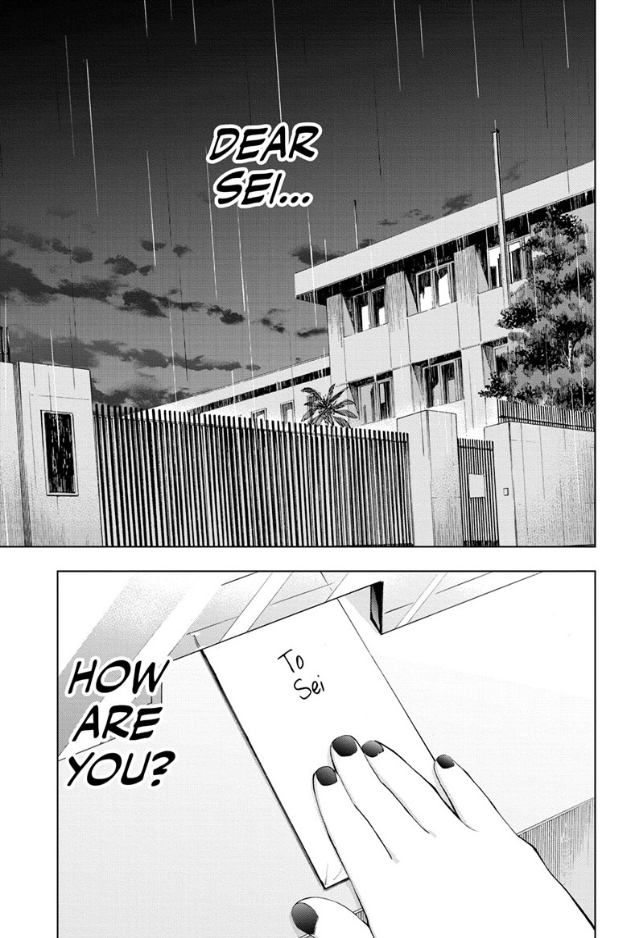 We then get an insight into what the other characters have been up to in the meantime, finding that some of them have actually given up on their dreams of becoming shogi professionals. Nevertheless, they still hold an immense amount of respect for the player known as Taisei Tendo, who has obtained the title of meijin – making him arguably the best shogi player in Japan.

Some explanation is then finally offered with some exposition by the higher-ups at the Shogi Association, who are transfixed on a match being broadcast live on TV. As it turns out, Tendo’s multiple personality disorder was revealed to the world during the timeskip and thus questions surrounding “who” the meijin actually is – Tai or Sei – needed to be settled. 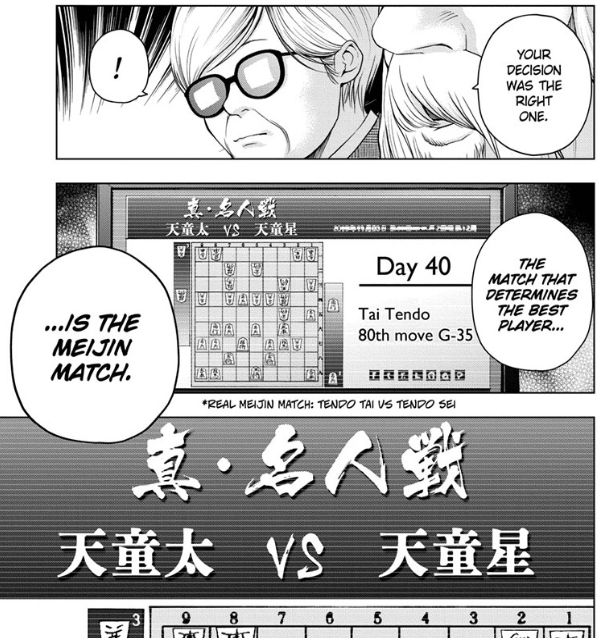 Hence why Tendo is being confined in a special facility built by the Shogi Association and is battling it out against himself in a shogi match that mirrors the personality pair’s previous predicament, but on a much happier basis – both of them more content with their current position.

It’s an interesting inversion of the series’ basic premise, but also one that could’ve been much more effective if developed further – confining the idea to the short length of Double Taisei chapter 27 means that much of its intrigue and potential conflict is severely lessened. 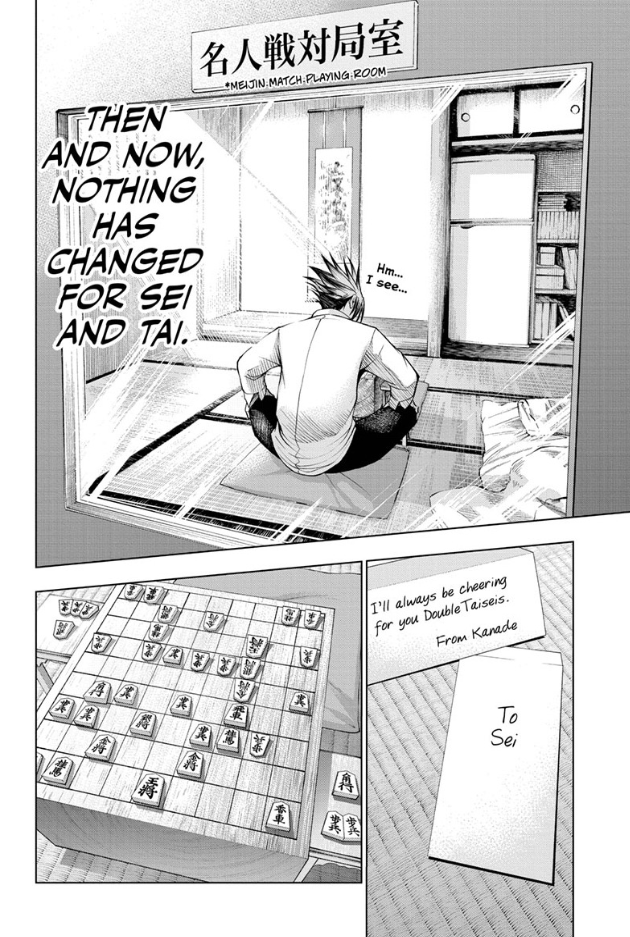 Still, it’s a bonkers idea that should earn Kentaro Fukuda more than enough praise for wanting to go out on something interesting rather than something bland. In comparison with Yui Kamio’s ending, it’s clear that Double Taisei’s ending is definitely the stronger of the two – even if it is all ultimately in vain.

Just as some of Weekly Shonen Jump’s latest series exit the stage, Mission: Yozakura Family rises to take their place. The importance of Hitsuji Gondaira’s spy series in Jump right now is only further demonstrated by this latest chapter 14, which also features the series’ first color page since its debut. 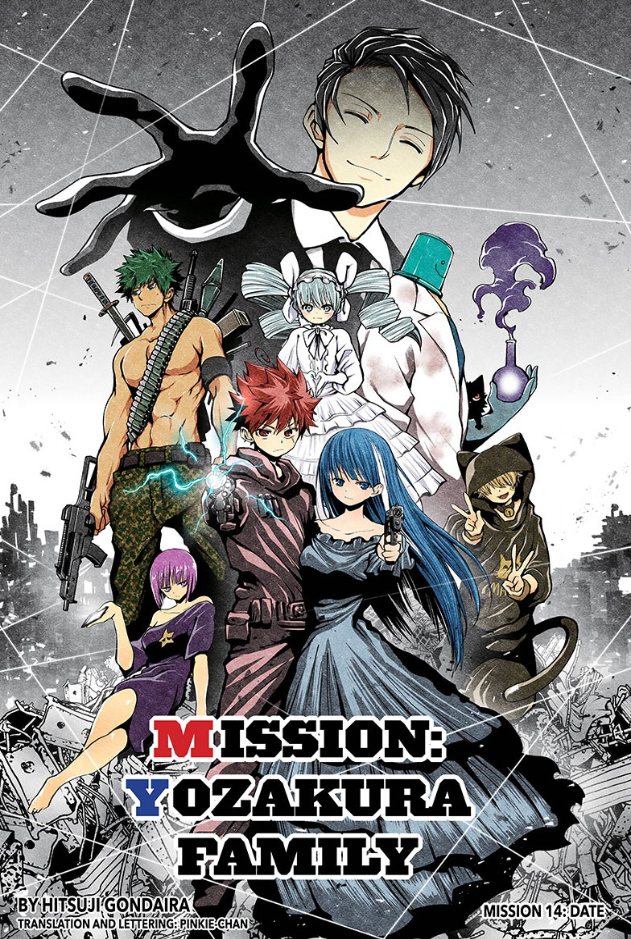 Mission: Yozakura Family chapter 14 continues with what the series does best and combines some espionage action with slice-of-life drama. This week, Taiyo is considering taking his wife, Mitsumi, on a date when a mission suddenly comes in asking him to track down a suspect at a theme park. But he looks mighty suspicious on his own and Mitsumi comes down to join him – pushing them into a less-than-orthodox romantic outing.

As usual, humor plays a large part in selling the chapter’s story. There’s a good smattering of effective jokes as Taiyo first fails to compliment Mitsumi’s outfit, and then takes a ride on a rollercoaster that sends him to sleep in comparison to the harshness of his recent spy training.

Mission: Yozakura Family chapter 14 then reveals a somewhat secret weapon: genuinely endearing romance as Taiyo and Mitsumi try to enjoy their date as best as they can while also fulfilling the mission. There’s a very sweet throughline throughout the chapter as Taiyo tries to find the right moment to give Mitsumi a rose to thank her for all that she does for the family and around the house. 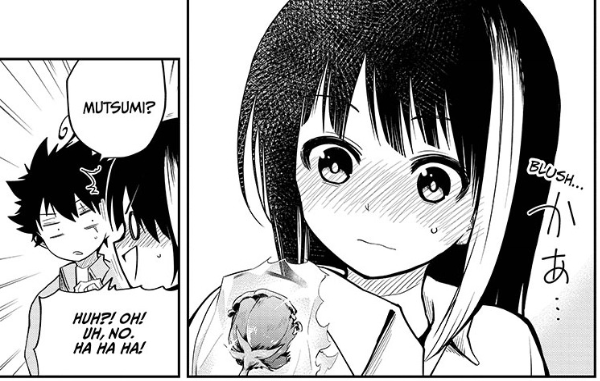 Mitsumi’s reaction to receiving the rose in the end (see above) is more than endearing and has me right on board with her and Taiyo’s relationship. Her expression also stands as a testament to how effective Gondaira’s art in this week’s chapter really is in terms of facial expression. Furthermore, as Taiyo himself points out, she’s been largely absent or the victim of kidnapping these previous weeks, so it was surprising to see that she can pull her weight when needed to.

Speaking of previous weeks, we finally got a little bit of continuity in the continuing narrative as it is the crooked cop Hotokeyama, introduced in chapter 9, who gives Taiyo the mission at the theme park. This gives us a little hint as to how the series will develop going forward – especially now that its place in Weekly Shonen Jump seems relatively secure.