We Rode the All-New ‘Your Name.’ Cafe Tour Bus Here in Tokyo 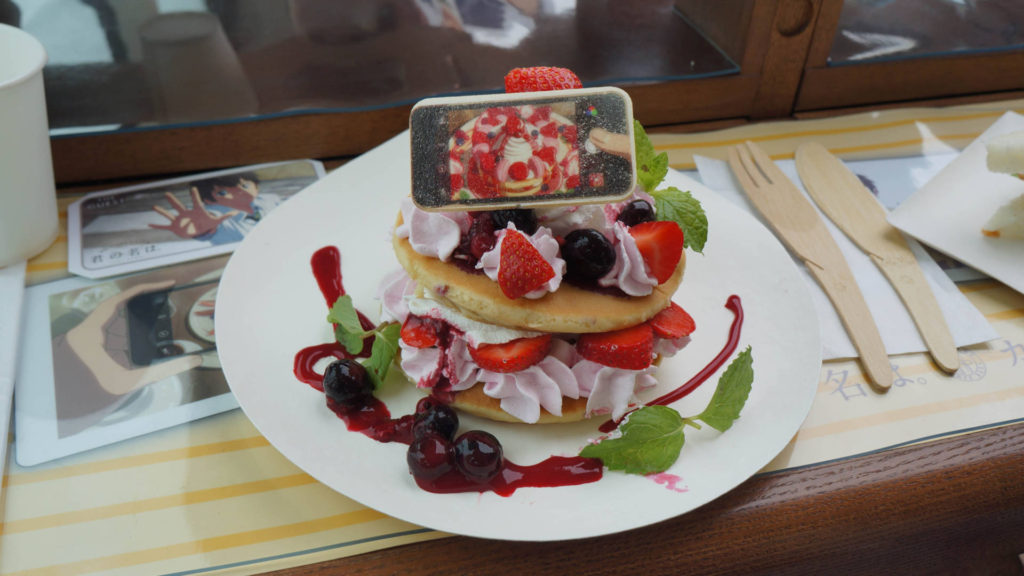 It’s been a little over a year since Makoto Shinkai’s global smash-hit film “Your Name.” sent legitimate shockwaves throughout the anime community and beyond, can you believe it? Receiving it’s world debut at Anime Expo 2016 in Los Angeles, USA, the film rapidly went on to break all kinds of records for both anime and animated movies in general, including topping all domestic records held by Studio Ghibli in ticket sales, save only for Spirited Away. It makes sense of course then, that it wouldn’t take long for the Japanese government to step in to capitalize on this phenomenon, and that’s exactly what we took part in recently.

You might remember about a week ago we wrote up a piece on the upcoming “Your Name. Cafe Bus in Tokyo” that would be operating August 3 through September 29 of this year. Well, turns out we managed to make our way onto an exclusive early run of the bus, and boy was it incredible. Operating for an hour and a half, you’re treated to delicious delicacies from the film, all whilst being shown the various locale in which the film was largely based.

Be sure to scroll through our gallery of the experience below!

You’ll be going throughout the world-famous Shinjuku, all whilst your tour guide informs just what you’re looking at in both Japanese and English. Throughout your 90 minutes on the bus, everyone will be given a gorgeous pancake dish, a croquette bun, and an iced latte, all themed after various meals and scenes in the movie. Part of the Cool Japan initiative, and operated in collaboration with WILLER, the whole trip was a lasting amount of fun for everyone involved.

Priced at 5,800 yen per adult (roughly $53 USD), all tickets will include the full food and drink course set. Operating for a limited time throughout August and September, you’ll want to get in fast to enjoy a little more of Shinkai’s magic. For further information, be sure to check out the official website made available in both Japanese and English, here.