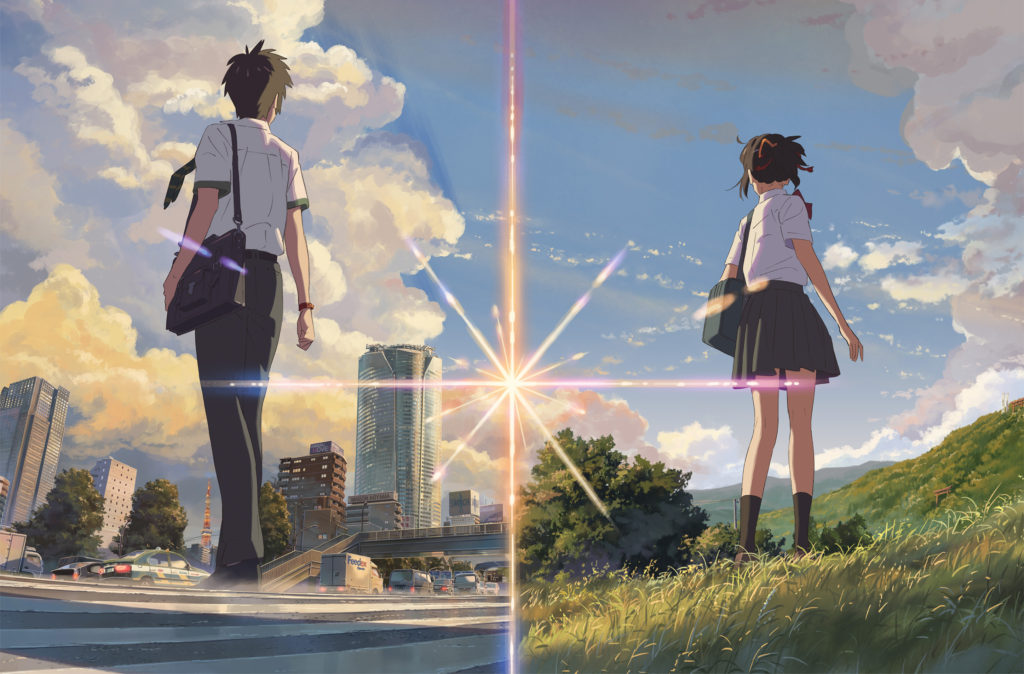 Makoto Shinkai’s award-winning ‘your name.’ will be making its way to North America on April 7th, courtesy of Funimation.

Announced March 11, the critically acclaimed ‘your name.’ will be screening across various locations throughout North America. Detailed via their official website, interested parties can use the ‘theatre locator‘ to find their nearest screening. Funimation also began streaming the ‘English dub trailer’, featuring the English rendition of ‘Zenzenzense’ by Radwimps through their official YouTube channel. Opening April 7, the film will be shown on over 200 screens nationwide, with both English subbed and dubbed options available.

The official film synopsis can be found below:

The day the stars fell, two lives changed forever. High schoolers Mitsuha and Taki are complete strangers living separate lives. But one night, they suddenly switch places. Mitsuha wakes up in Taki’s body, and he in hers. This bizarre occurrence continues to happen randomly, and the two must adjust their lives around each other. Yet, somehow, it works. They build a connection and communicate by leaving notes, messages, and more importantly, an imprint.

When a dazzling comet lights up the night’s sky, it dawns on them. They want something more from this connection—a chance to meet, an opportunity to truly know each other. Tugging at the string of fate, they try to find a way to each other. But distance isn’t the only thing keeping them apart. Is their bond strong enough to face the cruel irony of time? Or is their meeting nothing more than a wish upon the stars?

Currently the fourth highest grossing film in Japan, and the highest grossing animated film worldwide, ‘your name.’ is being praised for its beautiful visuals and touching story by international critiques. The film originally opened in Japan late August and is still being shown across the nation.

Further information is available on the film via the official website, here.