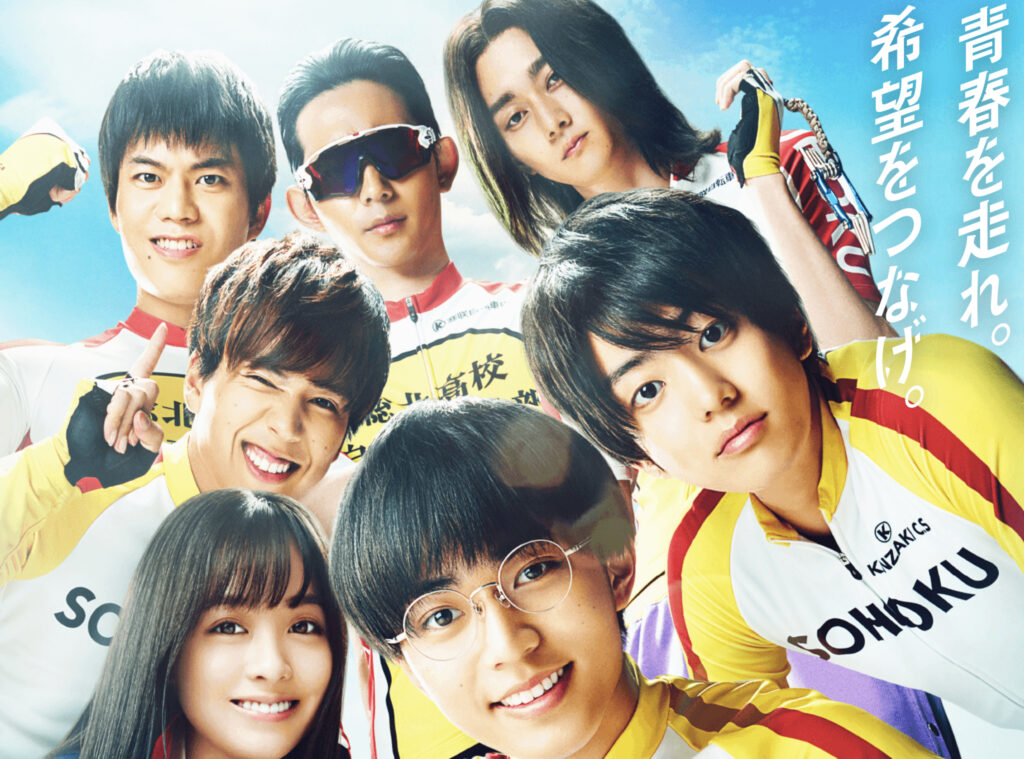 The anime adaptations are returning to cinemas. Nature is healing.

I joke, but the impending release of new live-action anime adaptations in cinemas that are dominating much of the first wave of new film releases following their re-opening and is proving to be the defining feature of the return of cinemas. Last week, a live-action of Kiss Him, Not Me that brought a somewhat intriguing musical twist on the reverse harem manga adaptation surrounding a boys-love and anime fan who’s sudden change in appearance catches the eyes of various popular boys. In September, Keep Your Hands Off the Eizouken’s live-action film will be released. In the meantime, next month another popular manga is receiving a live-action adaptation in the form of Yowamushi Pedal, with new promotional material building excitement as we inch towards the film’s premiere next month.

Popular male idol group King and Prince have been high in demand for live-action manga and anime adaptations with a female target audience, with their music and members being utilized to bring their fans into cinemas (something that cinemas will be hoping is an effective strategy now more than ever). Here, King and Prince member Ren Nagase is starring in the film as Sakamachi Onada, while King and Prince have also produced the film’s theme song. Other main cast members include Kentaro Ito as Shunsuke Imaizumi, Ryota Bando as Shoukichi Naruko and Ryo Ryuusei and Shingo Kinjo, the captain of the cycling club.

To hype up the film, promotional images featuring all of the main in their lycra cycling uniforms. The story of the film will differ somewhat from the manga with the inclusion of an original character in the form of cycling club manager Miki Kanzaki’s father, Kouji Kanzaki.

The Yowamushi Pedal live-action film will be hoping to entice fans back to cinemas when it releases on August 14th, and you can find out more about the film over on its official website.

Yowamushi Pedal Puts the Bicycle Pedal to the Metal