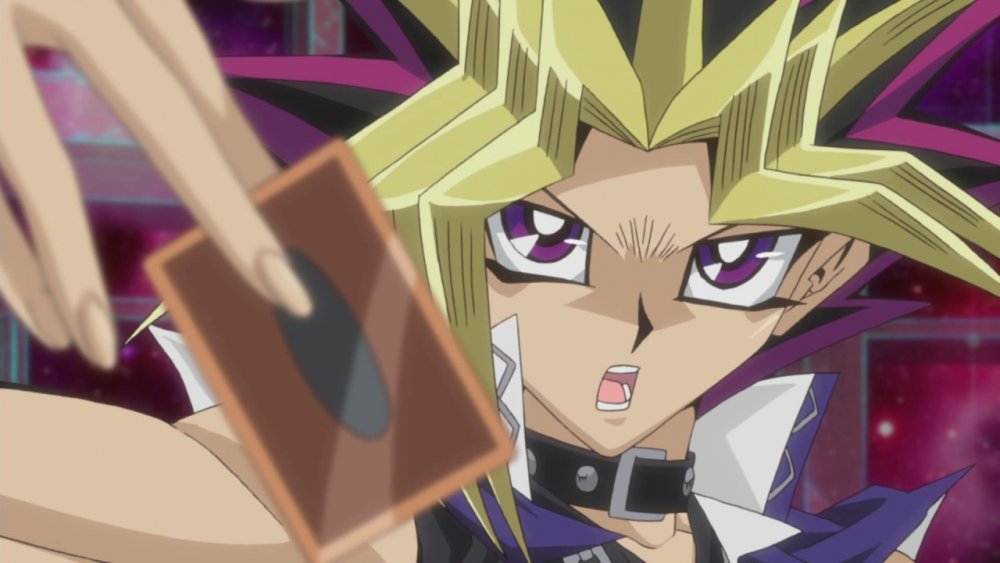 The Yu-Gi-Oh! franchise is one of the biggest TCG scenes in the world and has been for the past 20 years. What is Yu-Gi-Oh!, however? Today, we’re going to focus on the beginnings of Duel Monsters and how it’s evolved throughout the past two decades.

We’re starting from the basics in Duelist Kingdom and making our way to the new Rush Duels that have been introduced in the new anime: Yu-Gi-Oh! Sevens.

A duel is a match between two or more players that use monsters, traps, and spell cards in their decks. There are many different monster level cards ranging from levels 0-12. Each standard deck must have somewhere between 40-60 cards, and each player starts off with 8,000 life points. The objective of the game is to get the opposing player’s life points down to zero by using your cards to attack.

Even though Yu-Gi-Oh was first aired in 1999, the card game we all know didn’t come around until 2000. The beginnings of the game were extremely lenient in terms of gameplay and much different than the game we’re used to now. Many people still watch this anime to figure out how to play.

However, the anime broke so many rules in terms of monster, spell and trap card effects, which makes it a bad example at times. An example of this is when Yugi duels Kaiba, fuses his Mammoth Graveyard with his Living Arrow card to pierce Kaiba’s Blue-Eyes Ultimate Dragon and lower its attack points. This led a lot of young players, including myself, to mimic these events, but they are illegal.

During this time the strongest cards had 2,500-3,000 attack points, and they were very easy to summon. Players were able to summon extremely powerful monster cards without having to sacrifice monsters.

In other words, you could summon Blue-Eyes White Dragon, which has 3,000 attack points, the second you drew it from your deck, and no one could say anything about it. This was fixed during the Battle City Tournament.

Shortly after the end of Duelist Kingdom, the franchise went to work to fix the gameplay as the creation of stronger monsters was on the horizon. Not only did Battle City introduce a modified duel disk that made it easy to duel on the go, but they also introduced key rules that would build the foundation for the next generation: sacrificing monsters and attacking directly.

Sacrificing monsters is necessary if a player wishes to summon a monster that is over 5 stars. Level 5-6 monsters require one sacrifice; level 7-9 require two sacrifices, and level 10-12 require 3 sacrifices. This was added to slow down the speed of duels and make it difficult for players to summon stronger monsters.

Attacking directly was not a new concept to players of the PS1 game, Forbidden Memories. However, for people who only followed the anime, attacking opponents directly was a completely new concept. Of course, players can only do this if their opponents’ field was void of monster cards. Direct attacks can be reflected by magic and trap cards. 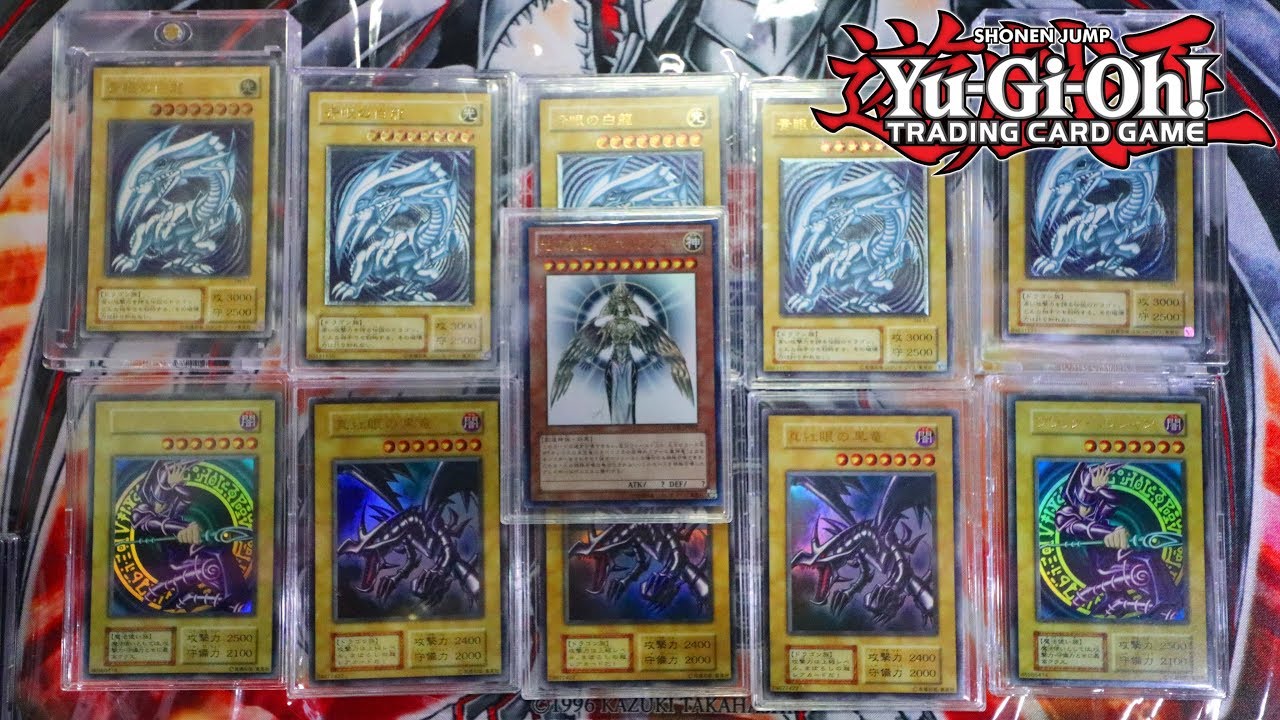 For this season, there were no new additions to the rules; however, the series put more of a focus on fusion monsters. The show introduced more spell cards that can be used to freely fuse monsters or draw Polymerization such as: Fusion Gate, Fusion Recovery, and Fusion Sage.

This led to the creation of more fusion heavy decks such as the Elemental Heros, Frightfurs, and Destiny Heros.

The Neo-Spacian cards came with a new ability called contact fusion. This allows monsters of this series to be able to fuse without fusion spell cards if the proper monsters were either on the field or in the player’s hand. This concept was further explored in 5D’s.

Not only did 5D’s give us card games on motorcycles, but it also gave us synchro summoning. Synchro summoning builds on the concept of contact fusion and takes it one step further with the addition of tuner monsters and synchro monsters.

If I were to summon the level 8 Chevalier de Fleur, I would need the level 2 Fleur Synchron and either one level 6 monster, 2 level three monsters, or 3 level two monsters in order to summon Chevalier.  Certain cards require certain tuner monsters, while others don’t. This is something to be aware of when summoning certain monsters. This is further expanded in Zexal.

Zexal brings us a new kind of summoning: XYZ. XYZ (Exceed) summoning builds on the concept of having the appropriate level cards to summon stronger monsters. These cards are similar to fusion and synchro cards in the sense that they are only available when the requirements for its summoning are met.

In order to XYZ summon, players need to have two or more monsters of the same level on the field; players then stack the XYZ materials on top of each other and pull out an XYZ card equal to the level of the stacked cards. Players can also detach the XYZ materials and send the cards to the graveyard. Nothing happens to the XYZ card if its materials are detached unless it’s card says so.

If the material that is detached has an effect that activates when it’s destroyed, the effect does activate because at that point the card is treated as a regular monster card. It’s also important to keep an eye on the effects of the XYZ monster since some of these cards are relatively useless once they’re out of XYZ materials. The use of summoning materials is further explored in Arc V.

Arc V introduces us to a new form of special summoning and monster types: pendulum.

Once it is set, the player can summon as many pendulum monsters as they want as long as they fall in between the levels on the scale once per turn. As a result, players take advantage of this and summon the materials needed for a fusion, synchro, or XYZ summon. It is important to note that cards used to set the scale are thought of as spell cards, so they can’t be used to attack opponents.

Vrains brings us Link summoning, a complicated new format, and speed duels. Link monsters are similar to fusion monsters in the sense that they have to be special summoned. However, everything else about them is different. 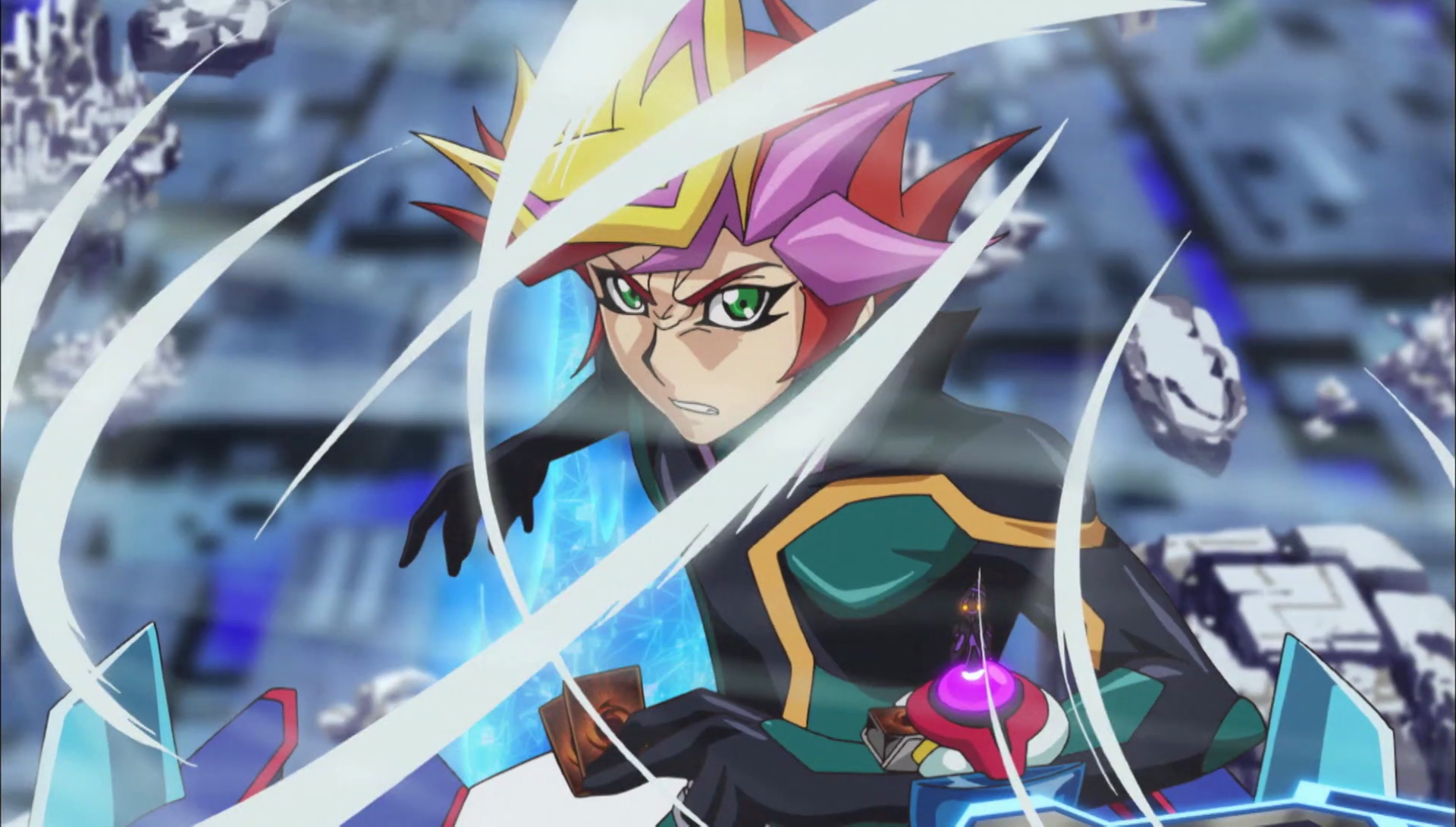 For starters, link monsters do not have a level or defense points; instead, they have a link level. Link levels indicate how many monsters must be sacrificed in order to summon that link monster in particular. When summoned, link monsters go into a special zone above the main monster card zone. One thing to note is that link monsters have arrows on the card that indicate what zones it’s pointing to.

The slots that the link monster is pointing to are now linked to the link monster, and the effects of that one link monster now apply to any monster set in the zones the arrows point to. These linked zones also allow players to summon more xyz, synchro, and fusion cards. However, players must have the proper materials needed in order to summon that card.

Before Vrains, the playing field was a complicated mess. The Pendulum scale had its own zone instead of being in the spell/trap card zone. Also, the graveyard, extra deck, banished, and field card slots were surrounding the field. However, Vrains fixed this by changing the slots to a simple 2 x 12 field with one slot above the monster card zone for special summoned cards.

Sevens began a month ago and is only 4 episodes in, but it has already introduced Rush Duels. However, there is not a lot of information known about these duels just because the anime just started and was recently delayed due to COVID-19. However, there are a few things we do know.

Players must have the traditional 40-60 cards in their decks, but they need specialized rush cards. They can also have one Legend Card in their deck. Legend Cards are cards that a duelist is most known for.

For example, Jaden Yuki’s would be Winged Kuriboh, and Yusei Fudo’s would be Stardust Dragon. Players like Seto Kaiba are screwed because they’re now only allowed to have one Blue Eyes White Dragon in their decks.

Much like speed duels, there are only 3 monster and spell/trap card zones, but players start with 8,000 life points. Instead of the draw one card per turn rule, players must now draw until they have 5 cards in their hands at the start of their turn. Players can normal summon as much as they want, but they must still sacrifice monsters to summon cards over level 5.

Dueling has come a long way from its very simplistic beginnings, and it remains an important part of TCG fandoms. It even has its own annual World Tournament that takes place worldwide and brings in a lot of new viewers. While it does take a little bit to learn all of the rules, it’s a pretty fun game to play.