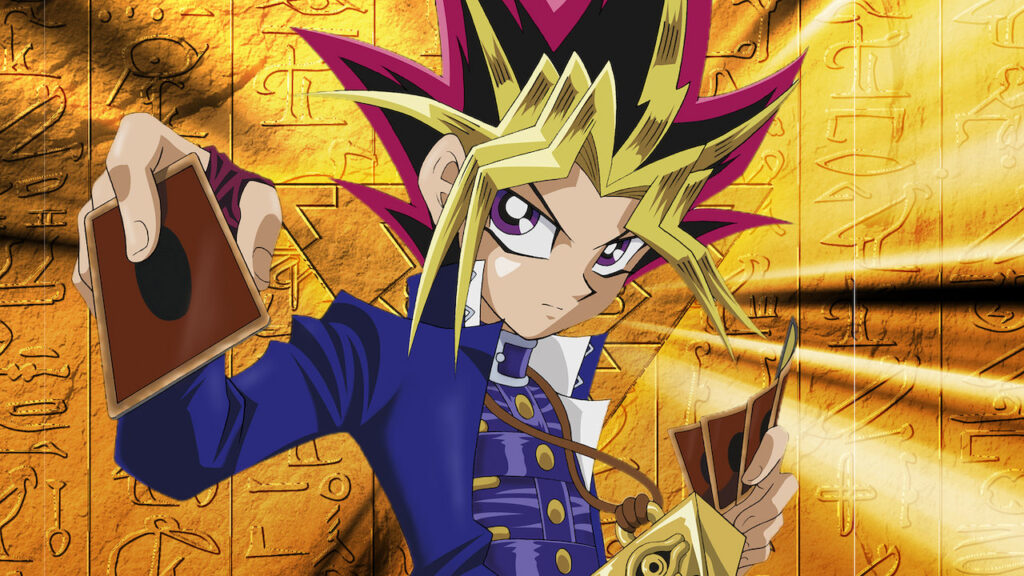 Shaman King’s grand return to TV screens this season (and Netflix internationally later this year) has brought a beloved classic of anime and manga history back into the public eye.

Of course, the series never truly went away, returning in various prequels, spin-offs and sequels in manga form that captured many of the fans that loved the series since its original release in 1998 while also bringing new fans into the fold. And that’s to say nothing about the original manga’s continued popularity.

With a new anime, the full series can be adapted for the very first time and in a modern style, while improving pacing issues and fixing issues like the nature of Joco’s design that were remnants of their time. It’s a template that could be taken to a number of classic series, even those that maybe don’t have the same unfortunate unfinished state of adaptation.

In fact, I see no reason why the same new adaptation treatment for Shaman King couldn’t happen to the original Yu-Gi-Oh manga.

Where the Current Adaptation Falls Short

Of course, we should qualify some differences between the state of the Shaman King anime and the state of the Yu-Gi-Oh anime adaptation. First, as stated above, Shaman King’s anime treatment is ‘unfinished’ at 64 episodes. The series aired between 2001 and 2002, with the anime coming to an end before the manga, with an original ending that left many fans unsatisfied.

That’s not the case when it comes to Yu-Gi-Oh.

Over the course of a mammoth 224-episode run, Yu-Gi-Oh covered the story of Yugi Moto and the Millennium Puzzle, from his origins as an unknown duelist battling to stardom in Duelist Kingdom, all the way to discovering the truth behind the Millennium Puzzle that ties back multiple millennia to the days of Ancient Egypt. We see Yugi grow as a character thanks to his partnership with the Pharaoh in the Puzzle, and it all comes to a head in a satisfying way with a superb final battle.

We should also celebrate just how strong these later arcs are, even as the actual game of Duel Monsters became less important when compared to the story of the Pharaoh that dominated later moments of the manga. Ancient Egyptian imagery in the card game and storylines prior to that point had started off as mere set dressing before developing a more crucial role here, with rules in the final arc being designed to embrace these stylings while wrapping up fulfilling character arcs.

But in just the same way that the Shaman King anime suffered for its lack of manga content that eventually forced them into an original ending, the original Yu-Gi-Oh anime adaptation suffers for releasing alongside the manga. As is inevitable in such a situation, the anime would occasionally be forced to include an anime-original story arc in the middle of the series to provide the manga a chance to get ahead. 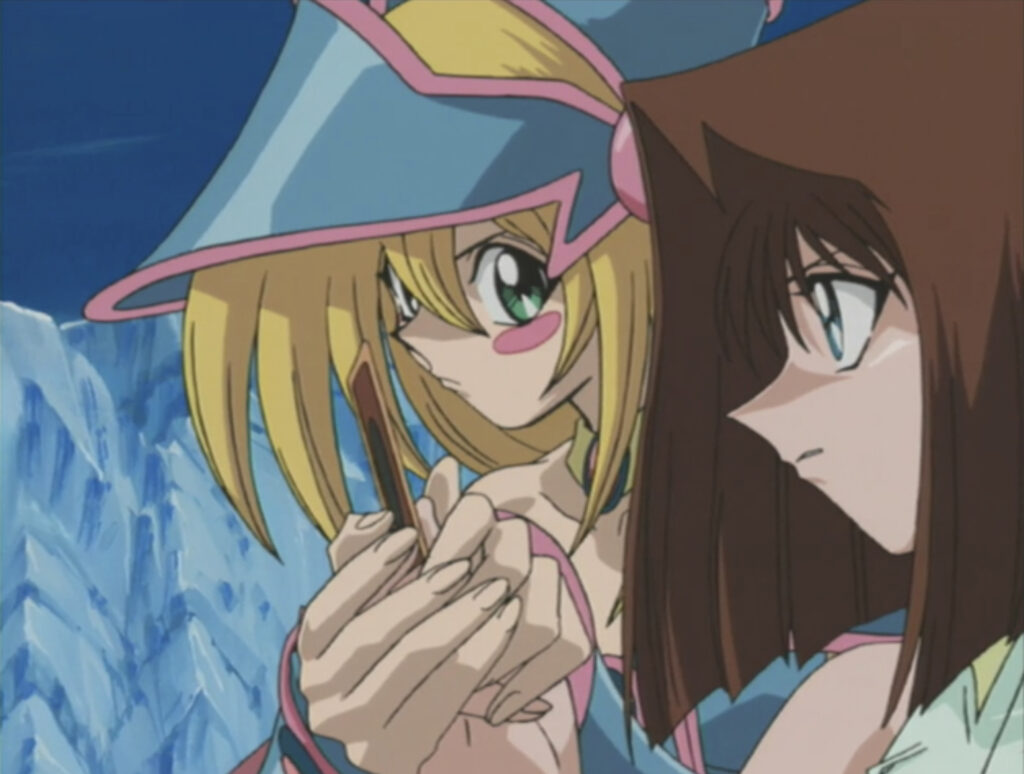 In the Yu-Gi-Oh anime, there are three anime-original story arcs, and each of these offers, unfortunately, some of the weakest moments of the entire series. As much as people may have fond memories of these storylines, particularly the Virtual World arc which sent the Battle City finalists to a virtual world and expanded the role of the five dissidents in KaibaCorp who had wanted to take over the organization earlier in the series, they interrupt the pacing of the series.

The Virtual World is actually the worst culprit for this. Even as it develops side characters by giving them their own battles in the virtual world, by coming in the middle of an arc, it splits the high-intensity Battle City tournament in two, killing the momentum of that story in a way the arc never recovers from. And this is before discussing the pacing of the series in general, which can best be described as slow-going.

Occasionally this slowness works to the benefit of the tension of duels. In many others, it doesn’t.

What Could Be Achieved if Yu-Gi-Oh Was Given the Shaman King Treatment?

Of course, cutting out filler content is not a reason to create a full remake, especially when adapting a manga as long as this. My argument is that not only is the original Yu-Gi-Oh entering a cycle of nostalgia that is reviving interest in the series, but the potential offered by a new adaptation is high. In fact, we already have an insight into how such a reimagined adaptation could work.

We did see a return to the characters and story of the original Yu-Gi-Oh franchise with the release of Yu-Gi-Oh: The Dark Side of Dimensions in 2016, a movie that told a new tale following the events of the original manga and anime. This new movie also featured new character designs and a story by original manga author Kazuki Takahashi, who even contributed a brief cut of animation to the film. It shows what would be visually possible for the series today, with strong, angular designs and deep colors that pop and are a vast improvement over what came before. 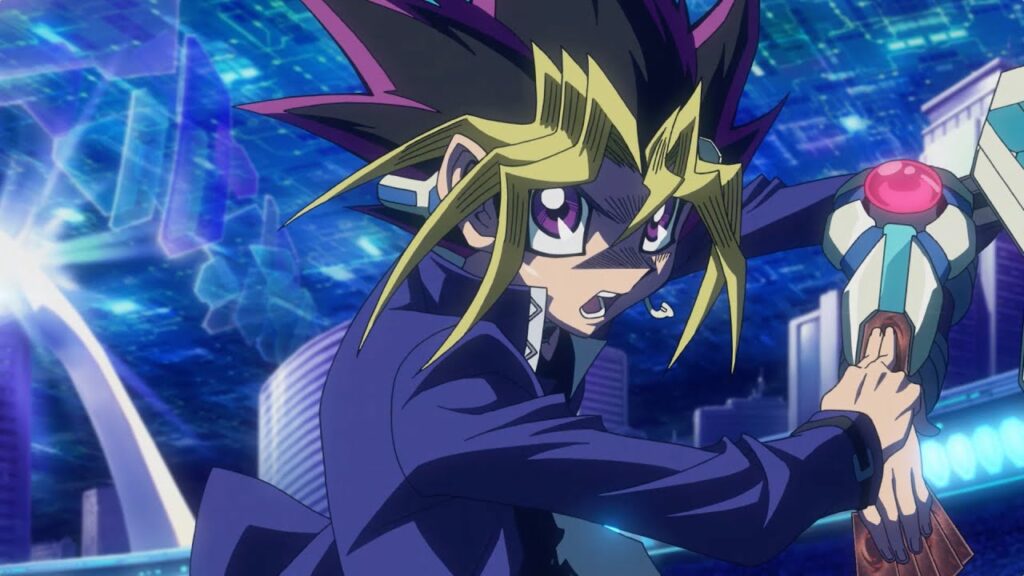 While obviously the quality would need to be pared back for a TV anime (lest we have another anime production crisis), even the thought of a reimagined Duelist Kingdom or Battle City anime in this same visual style is exciting. Recent adaptations of JoJo’s Bizarre Adventure could provide a template for such a project, where the series could be adapted on an arc-by-arc basis to ease production while ensuring high quality throughout.

What a new adaptation could offer is a slimming down of original content and improved pacing to enhance what was offered by the previous anime. If we wanted to be really ambitious, a new adaptation could also integrate the story of Yu-Gi-Oh R, a manga released by Takahashi following the end of the original manga that told a new story within the chronology after the Battle City arc involving Yako Tenma, the pupil of Pegasus, trying to avenge his death.

This later-released story, serialized between 2004-2007, has never been adapted into an anime before and could slot neatly into a new adaptation of the franchise without being out of place, even though it exists as a spin-off where only the story was handled by Takahashi. 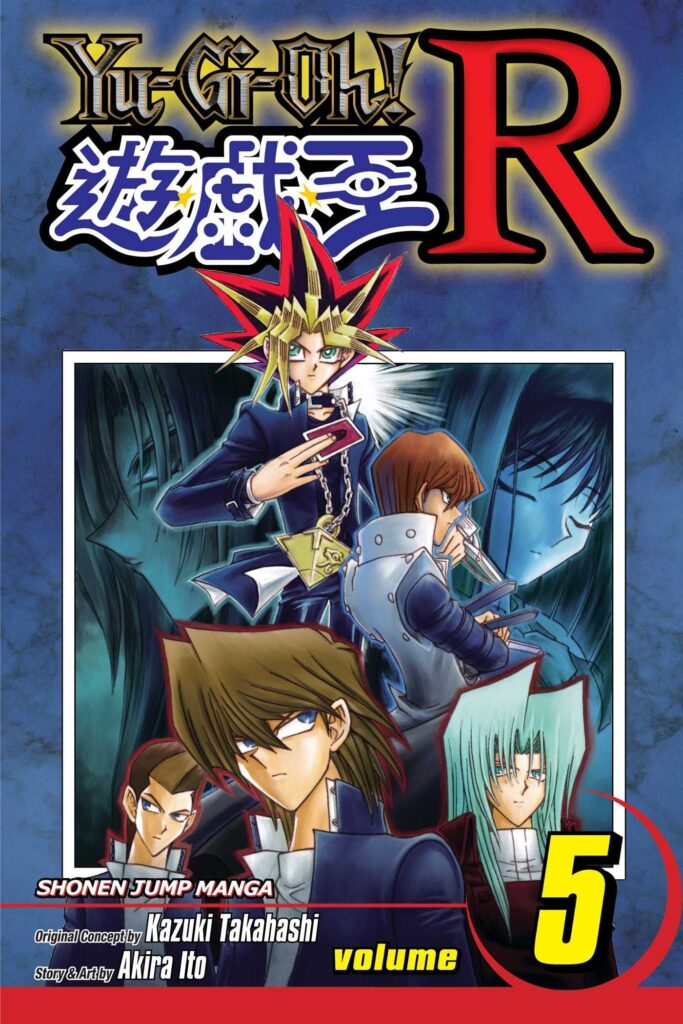 As interest for the original Yu-Gi-Oh characters and story is revitalized two decades on from its original release, there’s little reason why a Shaman King-style adaptation couldn’t capitalize on this fever. The recent Yu-Gi-Oh Duel Links mobile game prominently features the original characters and has gone some way to capitalizing on nostalgia here and in the card game more broadly, but why not go one step further? JoJo’s Bizarre Adventure and Shaman King could be a blueprint for making this a reality.

Admittedly, chances of this are slim. But just think of the potential. Of course, in the meantime, you can watch the entirety of the original Yu-Gi-Oh anime in both English and Japanese on Crunchyroll.

Yu-Gi-Oh
Kazuki TakahashiYu-Gi-Oh!Yu-Gi-Oh! RYu-Gi-Oh! The Dark Side of Dimensions
Join Our Discussions on Discord
Join Now