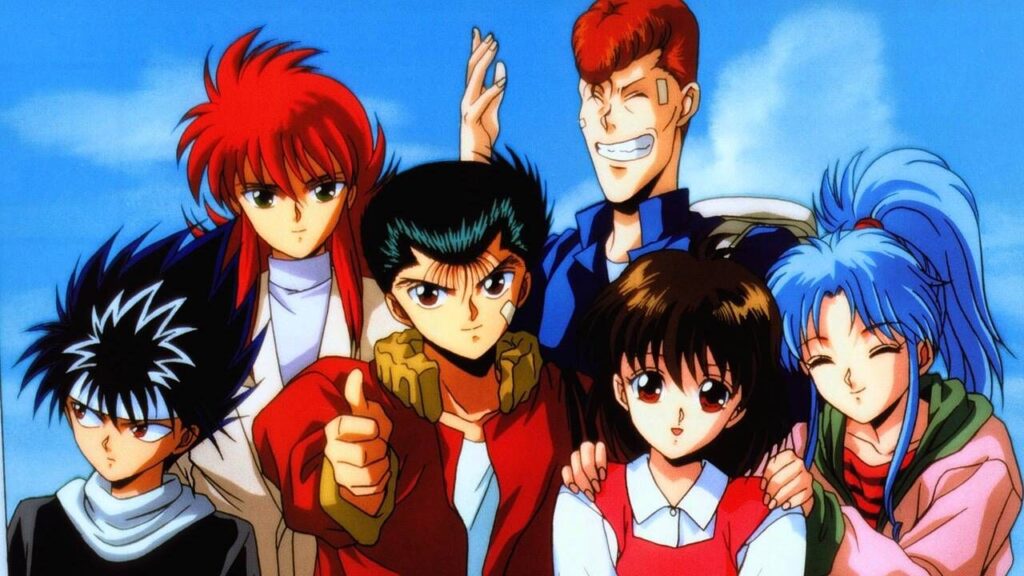 With a 2018 OVA, a 2019 stage play adaptation, and the ability to stream on Hulu and elsewhere, there’s obviously a renewed interest in Yu Yu Hakusho. Which makes a lot of sense. Yu Yu Hakusho rocks.

With awesome characters that make up the series’ Team Urameshi (Yusuke Urameshi, Kurama, Hiei, Kazuma Kuwabara, and Yusuke’s mentor, Genkai) as well as awesome fights, demons, psychic powers, and more, Yu Yu Hakusho has it all.

Even though the series itself is practically 30 years old, it has cemented a place on a lot of anime fans’ lists of favorites with good reason. So here’s a rundown of everything you need to know about everyone’s favorite ‘Psychic Detective.’

Fans were first introduced to the iconic characters of Yu Yu Hakusho back in 1990 with the series’ initial serialization in Weekly Shonen Jump. Written and illustrated by Yoshihiro Togashi, who would go on to create Hunter x Hunter, Yu Yu Hakusho ran as a manga from 1990 until 1994, eventually getting released as 19 volumes.

The anime series started in 1992 and ended its initial run in 1994, consisting of 112 episodes, with two movies released in 1993 and 1994, respectively. The 1993 movie was released simply as Yu Yu Hakusho while the 1994 movie was titled Yu Yu Hakusho: Chapter of Underworld’s Carnage – Bonds of Fire. Neither movie featured storylines that were not in the manga.

Following the tv series’ conclusion in 1994, a series of OVAs collectively called Eizou Hakusho, was released through 1996. Each of the six installments in the series contained a short video as well as montages from the series, interviews, and image songs.

Another OVA was released in 2018. It adapted a ‘Two Shot’ from volume seven of the original manga as well as the second to last chapter of the manga, called ‘All or Nothing’.

If 19 volumes of manga, 112 episodes of the anime, two movies, and two OVAs sounds like a lot, it is a testament to the characters and story that Togashi created. Togashi was inspired to create Yu Yu Hakusho by his personal interest in horror movies, the occult, and Buddhist mythology. By embracing these influences, he created a number of highly compelling characters.

For instance, the series lead, Yusuke Urameshi initially seems as a simple highschool delinquent character. With a tough guy attitude and style typical for the brawler types seen in a lot of 80s and 90s manga and anime, the 14-year-old Yusuke starts off the series by selflessly sacrificing his own life to save a kid from getting run over by a truck.

It turns out that Yusuke’s act of self-sacrifice took the powers of be by surprise to the point that a spot hadn’t been prepared for him in either heaven or hell. With the help of the blue-haired shinigami, Botan, Yusuke goes to meet Koenma.

King Enma Jr. aka Koenma is the son of King Enma, the Japanese version of the traditional East Asian Bhuddist King of Hell, Yama. Koenma is in charge of determining whether a soul goes to Heaven or Hell and usually looks like a toddler, pacifier and all, despite being 700 years old. He often presents himself in the form of a young adult, though he still has his pacifier in his mouth when he does.

Koenma offers Yusuke to go back to his body upon completing three tasks, which he achieves with the help of his childhood best friend, Keiko Yukimura, and Kazuma Kuwabara, his rival turned ally. It turns out that aside from being the second toughest delinquent in school(behind Yusuke), Kuwabara also has a heightened sixth sense, which he eventually develops into his Spirit Sword.

Upon being able to return to life, Koenma makes Yusuke an official “Underworld Detective.” Armed with a special technique, the Spirit Gun, Yusuke is put on his first mission, to retrieve three artifacts stolen from the underworld by a group of demons. Two of these demons just so happen to be Kurama and Hiei.

Kurama is a Fox Demon who, years before the start of the show, entered the body of a newborn baby while he was injured. After living as the human Shuichi Minamino for ten years, Kurama would have been recovered enough to leave his human form, but he grew to love his human mother and joined the heist of the three artifacts from the underworld to save her life.

Hiei is a fire demon and the twin brother of the Ice Maiden, Yukina. Ice Maidens only ever have female children without needing to mate. The only time they have male children is if they were to have had a sexual encounter with a male, something strictly forbidden among the Ice Maidens, and something which Hiei and Yukina’s mother did.

While Kurama has weaponized roses which he can turn into a whip, Hiei has a magical third eye in his forehead, the Jingen Eye or Evil Eye, which gives him clairvoyance. While the two of them and a third demon, Goki, were initially Yusuke’s enemies, Kurama and Hiei eventually become friends and teammates of Yusuke.

While all four of the main characters from Yu Yu Hakusho are iconic in their own right, it must be noted that Hiei in particular has left a bit of a legacy. Masashi Kishimoto, creator of Naruto(an iconic series in and of itself) has listed Yu Yu Hakusho creator, Yoshihiro Togashi, as a major influence and has been quoted as saying Hiei’s character was a reference for the creation of Naruto’s Sasuke Uchiha and his Sharingan technique.

These seasons were ultimately crafted to fit the story arcs for dvd compilation releases. The anime initially aired year round in Japan, as opposed to in seasons. The American airing of the show was broken into series, but the episodes were split up slightly differently. 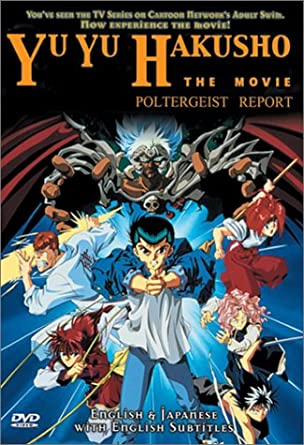 Video Games and More: Yu Yu Hakusho in Other Media

Yes, there are manga, anime, movie, and OVA versions of Yu Yu Hakusho, but it turns out there is much more. For example, an encyclopedia, an art book, and a two-volume companion guide to the series and movies were released by the Japanese publishing company, Shueisha.

In the late 90s, a number of CDs were released with the various theme songs and soundtracks to the movies. Three albums called Yu Yu Hakusho: Music Battle have songs sung by the original Japanese voice actors singing songs from the perspective of their characters.

While a number of Japanese Yu Yu Hakusho video games were released, only three were initially available in the U.S.: two Game Boy Advance games and one for the PlayStation 2. A collectible card game by Movic was made only to be followed by a trading card game produced by Score Entertainment in 2003. This Yu Yu Hakusho Trading Card Game would go on to win ‘Top Trading Card Game of 2004’ by Inquest Gamer Magazine.

As often happens, a live action stage play adaptation of Yu Yu Hakusho was recently produced in Japan as well. The play was produced by Office ENDLESS, a Japanese theater company that has produced a number of stage versions of anime such as Mobile Suit Gundam—they even currently have a stage adaptation of Ninja Batman in the works—with a script written and directed by Chūji Mikasano, one of the screenwriters behind Tokyo Ghoul.

The play ran from August 8 of 2019 until September 22 of the same year after playing in Tokyo, Osaka, Fukuoka, and Aichi, Japan. 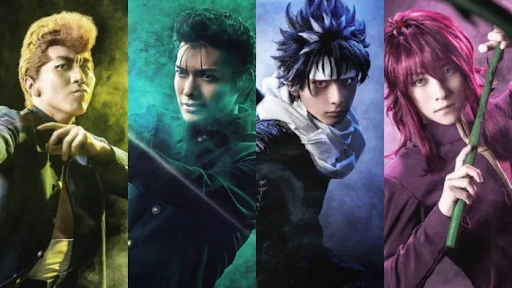 While the manga version of Yu Yu Hakusho was extremely popular, it was also critically well received. In 1993, series creator Yoshihiro Togashi earned the Shogakukan Manga Award for shōnen for it.

As for the anime version of Yu Yu Hakusho, the series was voted best anime of the year in Japanese anime magazine Animage’s yearly ‘Anime Grand Prix’ for both 1994 and 1995, coming in second place to Sailor Moon in 1993. In 2001, Animage listed Yu Yu Hakusho as #53 in its list of top 100 anime.

Overall, though time has passed, enthusiasm and appreciation for Yu Yu Hakusho has persisted. Finding just the right balance of character development, action packed fights, and the supernatural, Yu Yu Hakusho has managed to become one of the more iconic examples of what a shonen series has to offer.