Whether you’re an old fan or have come to the series post-Hunter X Hunter, you can now cop some cool Yu Yu Hakusho merch from Tsutaya!

Few series have aged as finely as Yoshihiro Togashi’s Yu Yu Hakusho. It seems like over the passage of time fans have come to appreciate Hunter x Hunter’s older brother more than ever before. Don’t get us wrong, it’s always been a hugely popular series, but the passion people have had for this show has lasted longer than most of its other early 90s shonen contemporaries. Who knew that infusing tournament arc battle manga with depth and artistry would be a win? 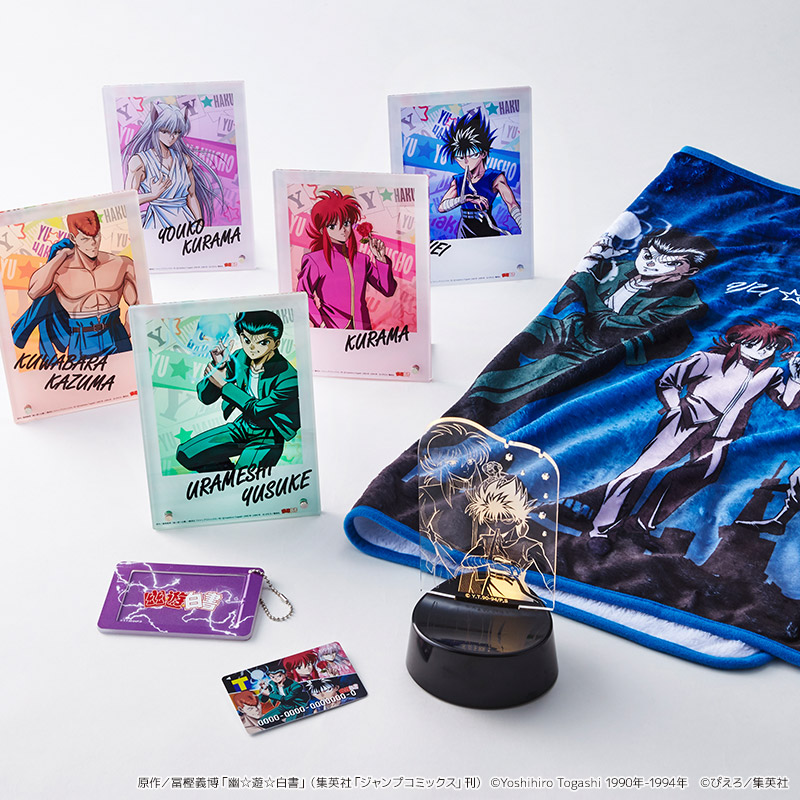 The illustrations for Tsutaya’s Yu Yu Hakusho merch are all new, and Yusuke’s gang is looking as sharp as ever. We particularly like that both Kuruma and Youko Kuruma are represented, leaving nobody excluded from the party.

You’ve got keychains, you’ve got fake polaroids, and you’ve got some light-up display with Hiei and Kurama. There’s even a towel for you to use at your own discretion. You’ll see a smile bomb across our face when this comes to Tsutaya next March, though pre-orders will start on 4 December!

Probably the most enticing Yu Yu Hakusho merch in this collection isn’t some keychain or t-shirt, but the Yu Yu Hakusho themed T-Point Card. If you live in Japan, you know the T Card is somewhere in the Venn diagram cross-section of ‘necessity’ and ‘meme’. Branded with the Tsutaya name, T Cards can be used in all sorts of stores across Japan to gain reward points, but no one ever seems to have one. Time and again, shop staff’s ‘T-Point Card mochimasuka’s are met with rejection. Now for just 550 yen, you can get a T-Point Card with Yusuke and the gang.

The Tsutaya Yu Yu Hakusho merch and T-Point Card will be released next March.