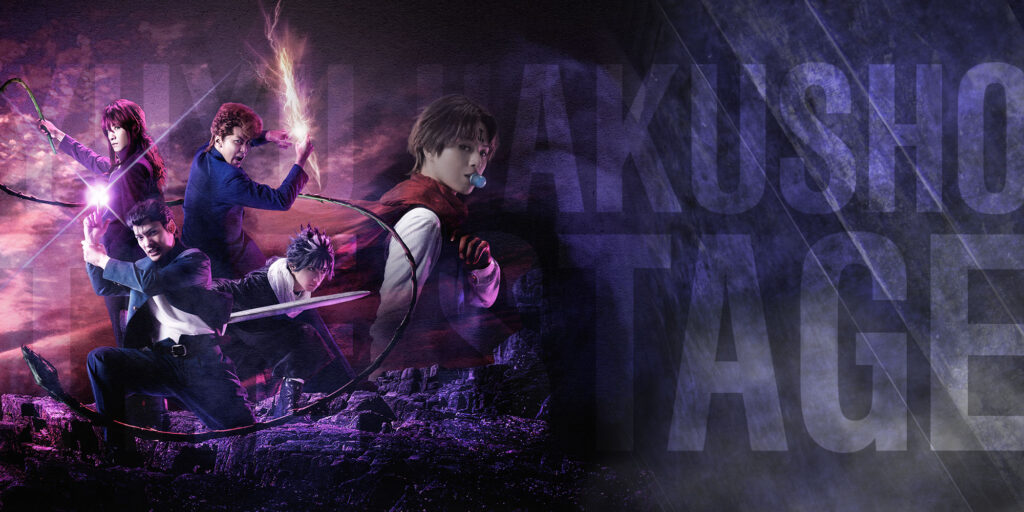 A sequel to the stage play version of Yu Yu Hakusho will arrive in Japanese theaters in December.

The classic 1990s shonen anime series was performed as a play last year to celebrate the series’ 25th anniversary.

(According to Yahoo! Japan news, the play was initially conceived in 2017. Stage plays take time to create.)

The Yu Yu Hakusho play was apparently popular enough to sell out 26 performances in 2019. So, the producers decided to make a sequel this year.

Last year’s show adapted the basic story of the manga and anime series into a live-action stage format.

After Yusuke Urameshi dies, he is appointed as an underworld detective. At the beginning of the series, he defeats and befriends the yokai Kurama and Kiei.  He is also helped by his classmate Kazuma Kurabara.

The exact plot of the new play hasn’t been revealed yet. However, it has been described as “Part 2” to the 2019 play, so it will probably not repeat the origin story.

Others include Hirofumi Araki as Koenma (King Enma Jr.), and Yuka Hirata as Botan.

Miku (no, not that Miku but a human actress with the same name) will be Keiko Yukimura. Elizabeth Marry is Genkai.

You can watch short clips from the 2019 version here:

Where and How To Get Tickets

The Yu Yu Hakusho website announced on Sunday that they are selling advance tickets at eplus.jp.

The new stage play will be performed in Tokyo, Osaka, and Kyoto.  The Tokyo shows will be Dec. 4-15 at Stellar Ball in Shinagawa.

The play will move Dec. 18-20 to Cool Japan Park Osaka WW Hall. After that, it will play Dec. 23-30 at the Kyoto Theater at Kyoto Station.

Sanitized for Your Protection

Of course, in this era of COVID-19, they are taking a lot of precautions, according to the website. So, if you go, expect to see a lot of masks, alcohol-based sanitizer, and social distancing.

They also say that the theater will be properly ventilated, and all public areas will be cleaned and disinfected.

If you can’t watch it in person — maybe you’re not in Japan; or you’re in Japan, but can’t get tickets; or you just don’t feel comfortable going to a live theater — there is another option. You can purhcase a DVD of last year’s performance.

And if you need a refresher on the original series, you can watch it at Funimation.