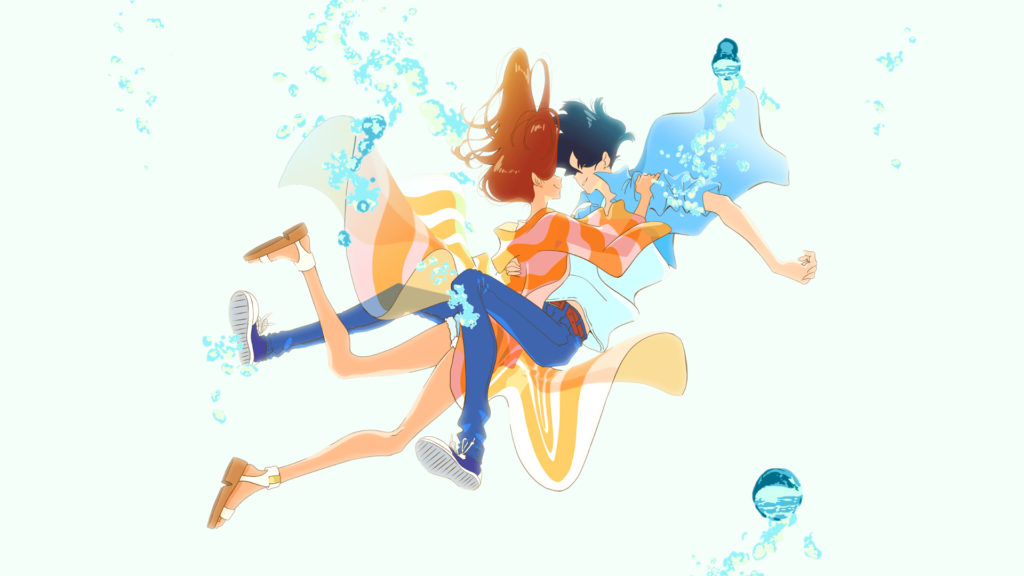 Solidifying the June-July period as an exciting period for anime movie fans, Masaaki Yuasa’s upcoming film Kimi to, Nami ni Noretara has been slated for a June 21, 2019 release in Japan. Placing it less than a month before Makoto Shinkai’s Tenki no Ko: Weathering into You (July 19) makes this perhaps the most promising month for anime movies in recent history. With Reiko Yoshida (Liz and the Blue Bird, A Silent Voice) penning the script and Michiru Oshima (Lu Over the Wall, Little Witch Academia) conducting the score, this film is certainly not one to miss.

“The story centers on the relationship between Hinako, who has moved to a coastal town upon entering university and Minato, a young firefighter with a strong sense of justice. Hinako loves surfing and while fearless on the sea, she’s still uncertain about her future. Following a fire mishap in the town, Hinako and Minato encounter each other. As they spend more time surfing together, Hinako feels drawn to Minato, who dedicates himself to help others.”

Masaaki Yuasa is perhaps one of only a few truly distinct auteurs in the Japanese animation industry today. With classics like Kaiba, Tatami Galaxy, and Ping Pong the Animation behind his back, as well as recent hits such as Lu Over the Wall, and Night is Short, Walk on Girl, and this year’s Devilman Crybaby, this movie is almost guaranteed to be good. For those of you who may not be sure what to expect, Yuasa is particularly renowned for pushing the boundaries of what animation has to offer. Constantly changing up the art direction and style of his works, he doesn’t shy away from whatever does his stories the most justice on screen. In some sense, he’s the opposite of Makoto Shinkai, who wants to deliver on a highly refined and polish visual experience as opposed to a raw and emotional one like Yuasa is known for.

It’s almost profound that Yuasa is able to consistently put out new projects. Considering that both of his recent movies were released in 2017, with Devilman Crybaby hitting Netflix so soon after, it’s amazing that we’re getting another feature film so soon. Yuasa’s team previously reported some delays in the production at the time when Kimi to, Nami ni Noretara was first unveiled in October, so the fact that it’s still hitting the cinemas so soon is quite a surprise. Hopefully, this doesn’t mean that the team is clambering to finish in too short of time.

Those interested in checking out further information on the upcoming film, be sure to check out Kimi to, Nami ni Noretara’s official website.