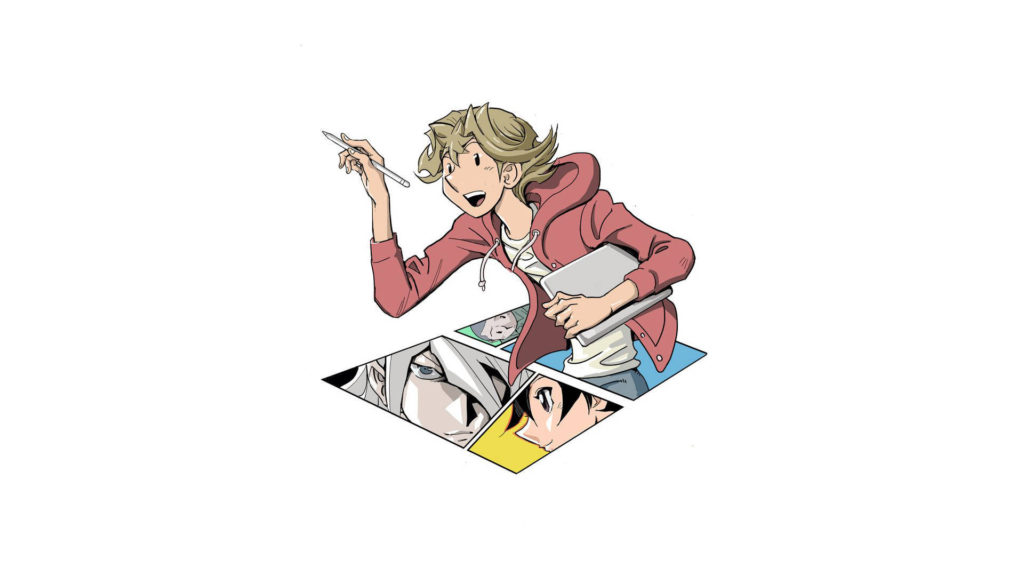 As much as I’m loving the various events and announcements dedicated to celebrating the legendary Weekly Shonen Jump’s 50th birthday this year, I have to admit that Shonen Jump wouldn’t be where it is today, at the top of the manga game, without the tireless efforts of the mangaka that have produced so many classics for the magazine.

With that in mind, it’s great news that two veritable legends of shonen manga are returning to their spiritual home of Shonen Jump to pen some short series in celebration of the magazine’s 50th birthday. The returning legends are none other than Yu-Gi-Oh! creator Takahashi Kazuki and Toriko creator Shimabukuro Mitsutoshi — even though the two are generations apart, they’ve both penned some of Shonen Jump’s greatest hits.

Don’t get too excited too quickly, however; Shimabukuro will only be returning for a little while with a short, six-page story titled “My First Bring-Your-Own.” What the title refers to exactly is somewhat of a mystery, as what exactly Shimabukuro is “bringing” could easily be manga or beer. Even so, Jump describes the series as related to Shimabukuro’s own debut, so I’d imagine it will revolve more around manga.

I’m certainly fascinated to see what the short series will be like, as Toriko is bursting with inventive ideas and creative flair. Plus, seeing how Shimabukuro – who is now a veritable legend – made his debut will not only be interesting but also inspiring to the next generation of mangaka who have no doubt enjoyed Toriko since it’s conclusion in 2016. Considering that Jump is constantly looking to the future for that next mega-hit — especially given that One Piece could end in a generation — I hope that the short can touch the hearts of at least some readers.

Another series that I’m sure has touched the hearts of many up-and-coming creatives, as well as the current generation of mangaka, is Yu-Gi-Oh!. I don’t think I need to justify the massive cultural impact that the series has had, not only in Japan but all over the world too, as it introduced an entire generation to the world of trading card games and an iconic cast of characters.

The series’ creator Takahashi Kazuki has been relatively inactive ever since the Yu-Gi-Oh! manga concluded in 2004, only resurfacing in 2013 for a one-shot in Jump titled ‘Drump.’ And while Takahashi will not be returning to the manga world completely, his new series titled “The Comiq” will be serialized in the “short term.” We can expect to see up to seven chapters for this new series, as I have no doubt that Shueisha will be wanting enough material for a takonbon volume release.

Details on the series are few and far between, but we do know that the main character is called Genkou and that he has some kind of “secret” that we will no doubt uncover throughout the run of the series. Also, it will focus on the art of manga (just as the title suggests), so expect Takahashi to be pulling from his own experiences – just like Shimabukuro will be doing as well.

Having both of these legendary creators back within the pages of Jump seems like another fitting celebration for the magazine’s 50th birthday, and I can’t wait to see what kind of stories they turn out to be. Both series will be published in the October 15 issue (no. 46) of Weekly Shonen Jump.