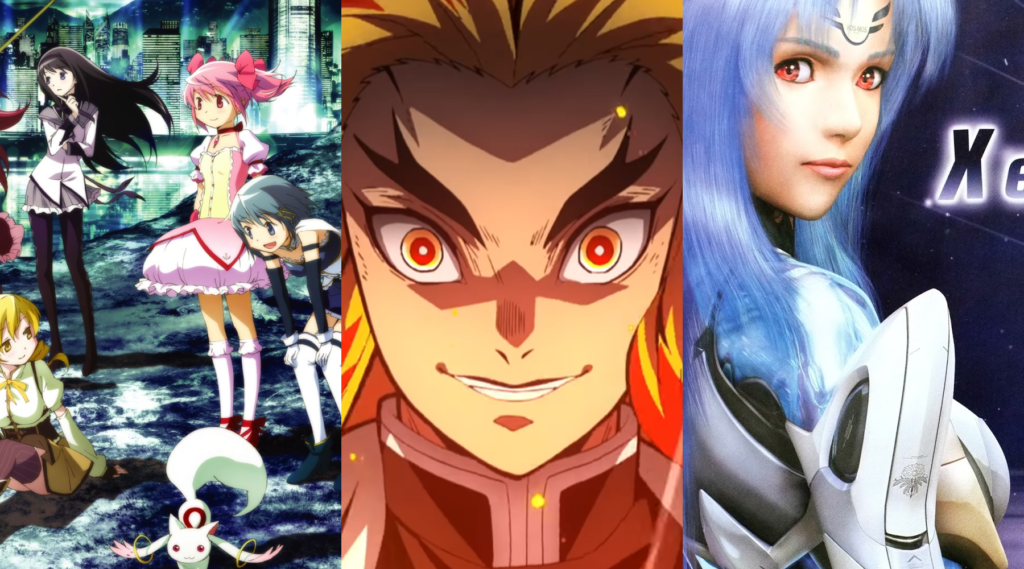 No doubt Yuki Kajiura boasts a headier career than most. She launched a successful producing career in the early 90s, and as she approaches her 30th year in this field, she’s finding herself attached to bigger works than ever before.

You’d think after helping soundtrack what’s officially the biggest  2020 movie in the world, one Demon Slayer: Kimetsu no Yaiba the Movie: Mugen Train, she’d be off relaxing for a minute, but she’s already tinkering on the upcoming Sword Art Online, Princess Principal, and Madoka movies.

Whatever internally drives her soul to work this hard constantly changes according to her, but that drive has taken her life’s work on a journey that’s given color to a wide variety of art, like 2/3rds of the Xenosaga games, the two best Fate/Stay Night Anime, and the live-action Boogiepop adaptation.

Yuki Kajiura already her hands on the piano at age seven, citing her father’s love for classic music and opera a constant presence in her life that’s influenced her composition to this day. She went to college for literature and worked in systems engineering post-graduation, and spent some time in a capital B band as a hobby.

Thankfully, she decided to bank it all on music in 1992, when she started to produce for See-Saw with Chiaki Ishikawa on vocals, her first musical project who’ve officially reunited as of 2019. That work with See-Saw lead her to getting her first anime job with 1996’s Kimagure Orange Road: Summer’s Beginning on reputation alone.

Having spent a couple of years in Germany when growing up, she’s always held an international perspective on music, which perhaps is what allows her to craft music with such a wide variety of styles and sounds. While her motivations and inspirations vary, she always strives to keep her love of music apparent in her works.

In her-bordering-on-thousands of compositions, Yuki Kajiura’s utilized a great many sounds from a great many genres, but she’s definitely fostered a signature sound over her 30 years.

Most noticeably, her best work often incorporates choral vocals that take from opera and Gregorian chanting, a ‘progressive’ slant to her songwriting that draws from Prog-Rock and various eras of Alt-Pop, and sonic palettes filled lush atmospheric sounds, both synthetic and organic, that could be lazily categorized as ‘New Age’. Hell, she’ll even incorporate ‘electronic’ elements amongst her orchestral and choral arrangements for texture.

Being a proven professional, Yuki Kajiura also knows when to dial her particular trademark backs, and use her precisely honed techniques to craft sonically large and compositionally diverse soundtracks you wouldn’t immediately realize was hers.

No less magnificent and awe-inspiring, her work on Demon Slayer and Fate / Stay Night doesn’t immediately bash you over the head with dark ambient haze and interdimensional atmospheres.

While she has her preferences and curiosities, starting with a blank state and drawing initial inspiration for each work via pouring over early scripts and storyboards, she excels at creating soundtracks that are custom-tailored to perfection for each work.

Three Starting Points to Get Into Yuki Kajiura

We could just tell you to go watch Demon Slayer, but not only are chances that you already have, but we want to impart to you works that embody her signature sound. While her contributions to Demon Slayer and Mugen Train’s scores are awe-inspiring, and certainly fitting, as per the ‘Know the Creators’ educational mission statement, we instead opt to share some comparatively lesser-known works that feature Yuki Kajiura at her most Yuki Kajiura.

Her second-ever anime soundtrack, EAT-MAN comes early in Yuki Kajiura’s career, and neither the anime nor its soundtrack should be missed. Her recent work does come to audiences because Kajiura would fully perfect her signature sound, but in EAT-MAN you can hear her crafting chunky rhythms and moody atmospheres with all sorts of powerful sounds.

That sonic curiosity plays well to this anime’s esoteric qualities. If Trigun was Kino’s Journey, this episodic tale of a mercenary stumbling from one odd town to the next paints purposefully hazy sketches of events and feelings, to which Kajiura’s sound sublimely complements.

Some extra trivia: she considered herself a fan of the manga long after the anime ended.

An MMORPG world in the age of seamless virtual reality, and while a certain genre’s morphed the trope into pure cliche, envisioning such a future in 2002 made for a spectacularly different online playground.

.hack//Sign’s ‘The World’ was new and romantic, fusing together still-fresh digital aesthetic with the eternal imagery of nature. To that end, who else but Yuki Kajiura and her arsenal of sweeping compositions fortified with her new age sonics could properly render a sound-evoking virtual green utopia?

Plus, her mystic- production on the slightly more conventional opening and ending tracks will slam you through your computer screen every time you hear them.

While certainly no secret, Yuki Kajiura’s efforts to push both Shimbo’s visuals and Urobochi’s eclectic story to their highest highs don’t get lavished on enough; Madoka’s equally haunting and hypnotic soundtrack flexes the dissonance between the cute and dark, and could only be fully realized by a composer who has spent her whole life immersed in these otherworldly sounds.

People would also due well to remember that all those beloved Kalafina songs in Madoka were produced by Kajiura too.