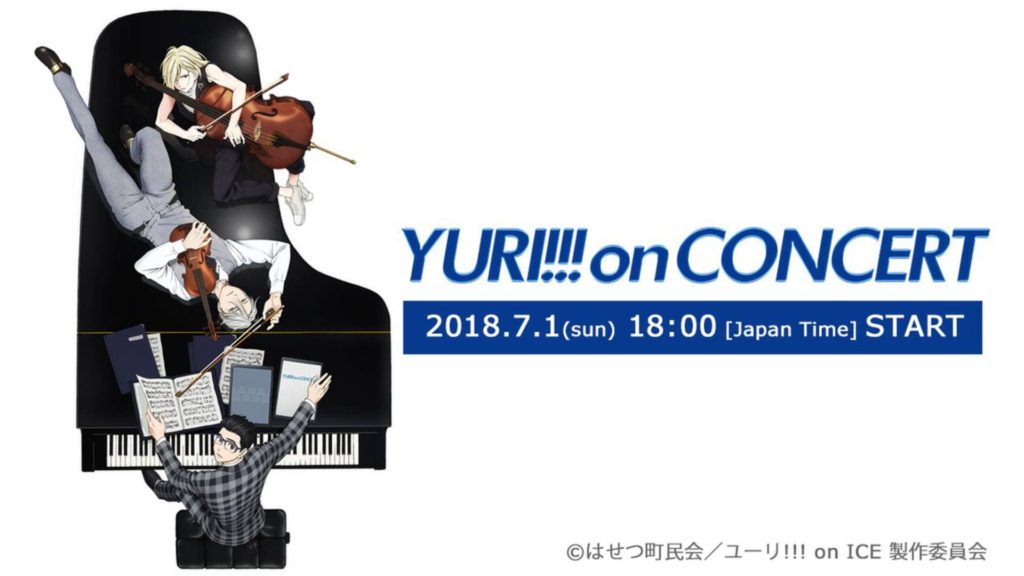 It’s been a hot minute since we last received any real major news pertaining to Yuri!!! on ICE, definitely not including that one fake article that went viral about a week ago via Twitter. Fortunately, however, that’s all about to change. Announced via the official Twitter account of the Yuri!!! on ICE series, those either there in person or those tuning into the global livestream of the upcoming Yuri!!! on CONCERT live music event on July 1 can expect a major announcement to be made at the end of the concert.

【7/1 worldwide live streaming!!!】
Scheduled for 7/1, the TV anime, Yuri!!! on ICE, music event, Yuri!!! on CONCERT, will be live streamed!At the end of the concert, a major announcement will be made!

Since the series first debuted back in 2016, it took no time at all for the world to become swept over with Yuri!!! on ICE fever. It would be in April 2017, however, that the series’ cult-following would be taken to new levels when series director Sayo Yamamoto revealed to us in an interview that there was a Yuri!!! on ICE animated film on the horizon, though she remained tight-lipped outside of that brief announcement. “We can’t stop, we won’t stop, we refuse to stop!! “, as Sayo Yamamoto so graciously put it after excitedly announcing the upcoming film project.

That announcement would later be made public at the Yuri!!! on STAGE event that took place in 2017, and over a year later one might assume that we’re finally ready to hear some more details on the film. With that being said, even we’re going into this one blind, but we can’t wait to see what ends up being the “major announcement” that is to be made. Taking place on July 1 from 18:00 pm (JST), fans from around the globe will be able to tune into the live stream via Avex’ official YouTube channel, here.

Yuri!!! on CONCERTYuri!!! on ICE
Join Our Discussions on Discord
Join Now

Yuri!!! on ICE Gets Steamy in Onsen Collaboration Event