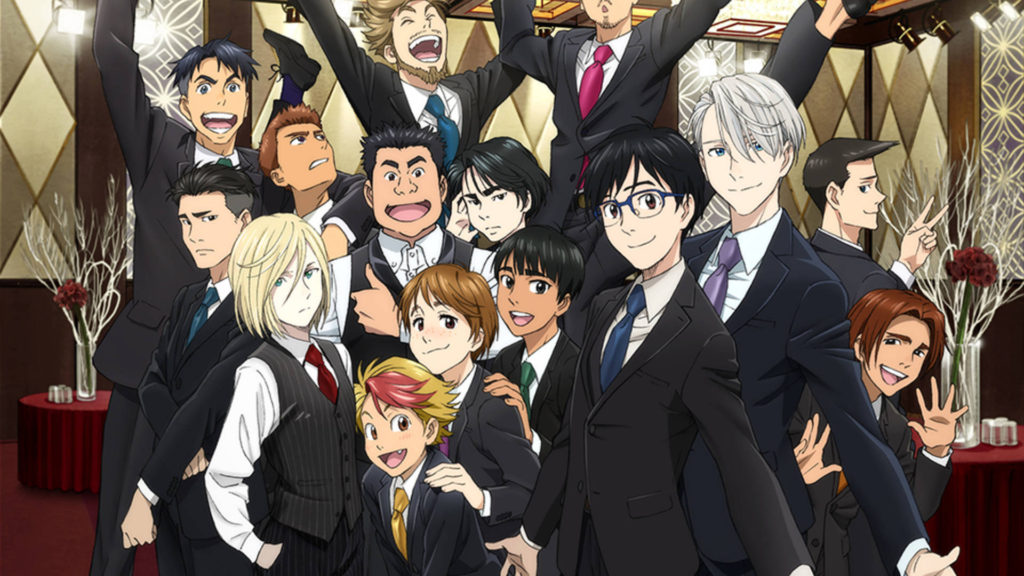 During today’s special ‘Yuri!!! on STAGE‘ event hosted at the illustrious Maihama Amphitheater, it was announced that ‘Yuri!!! on ICE’ would be receiving a completely original theatrical release. The event, which was broadcasted live to cinemas all across Japan, was set to reunite the anime’s cast — bringing them all together in preparation for today’s big announcement. In the announcement post shared on the official Yuri!!! on ICE Twitter, the account urged fans to remain excited as they continue to announce further details in the near future:

In a recent interview we conducted with series creator Sayo Yamamoto over the course of two hours, she excitedly revealed to us that the film was in the works. The room was instantly filled with an air of static excitement as Ms. Yamamoto shared the few details she could about the upcoming film. Taken from our full interview with Sayo Yamamoto which will be made available in the coming days, you can read her announcement below:

‘Yuri!!! on ICE’ is undeniably one of your greatest milestone achievements. But what can we expect to see from you next?

“The Skater who’s reached a critical point in his career, Yuri, alongside Living Legend Victor, are aiming for the gold in the Gran Prix Finals!” I truly feel like the story of ‘Yuri!!! on ICE’ was able to be summed up over the course of it’s 12 episodes, but I’d be lying if I said that it was over. (laughs)

(laughs) You do realize that saying these sorts of things is bound to build up a whole lot of excitement amongst ‘Yuri!!! on ICE’ fans, right?

Exactly. And that’s why I’m excited to announce that a ‘Yuri!!! on ICE’ movie is officially in the works.

Well lastly, have you got any messages for your fans?

It would make me extremely happy to see Yuri!!! fans attending and watching real figure skating and ice shows too.

I’m sure that with ‘Yuri!!! on ICE’ in mind, plenty of people will go visit these events.

Of course it’s interesting to watch it on television, and I urge people to continue to do so, but, there really is a certain aura to seeing it in person. Sharing that excitement with those around you… In doing so, figure skating as a sport will continue to develop too!

We’ll continue to update this information as more information is revealed. You can check out the first half of our full interview with series creator Sayo Yamamoto when it is made available in the coming days, exclusively on OTAQUEST.