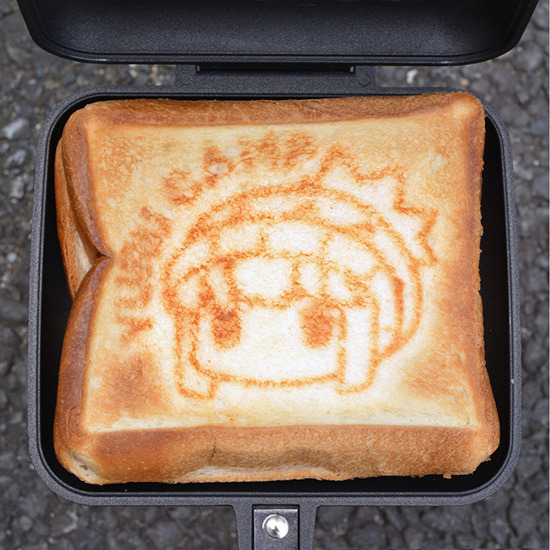 The Internet has lent its way to photos of famous people appearing on grilled sandwiches. We’ve seen the Mona Lisa, we’ve seen Jesus. Last week I could have sworn I saw Frank Zappa in my chicken club (although we won’t get into that now). Need another icon? How about a special hot sandwich maker that hot presses Rin Shima from Yuru Camp onto your sandwich?

This delightfully designed sandwich maker comes right out of Tsubame, a city famous for its finely crafted metal products. To further ensure long-lasting quality, the maker also comes with a protective leather cover. The design of the sandwich maker itself is as simple as pie to boot (or in this case, as simple as a grilled cheese sandwich). The pan portion of the maker is coated with a thick spread of fluoroplastic resin to prevent food from sticking and burning. Cleaning is made even easier thanks to the maker’s removable hinges, allowing you to wash all of those hard to reach places. 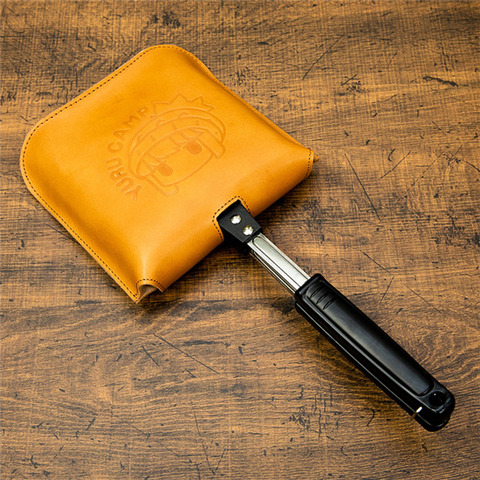 Don’t want a sandwich? You can easily remove one of the hinges to turn it into a frying pan. This is great because seeing Rin’s face on my breakfast omelet is always a welcomed addition to my morning routine. That being said, if Rin isn’t to your liking, you can always go for the sandwich maker’s second model that has Yuru Camp’s triangle icon imprinted on it.

Hobby Stock released the first batch of the sandwich makers shortly after Yuru Camp’s first season wrapped up in 2018. The popularity of the anime caused sandwich makers to fly off the shelf and sell out almost immediately. These sales have prompted the sandwich maker to come back last year, and again just now.

Of course, history has found a funny way of repeating itself with the re-release of this popular sandwich maker. It has sold-out all of its March pre-orders no differently than it did in the past. Thankfully, the April pre-orders are up now on Hobby Stock’s website. The total price is 5,500 yen and is only having a limited run, so get it while you can!