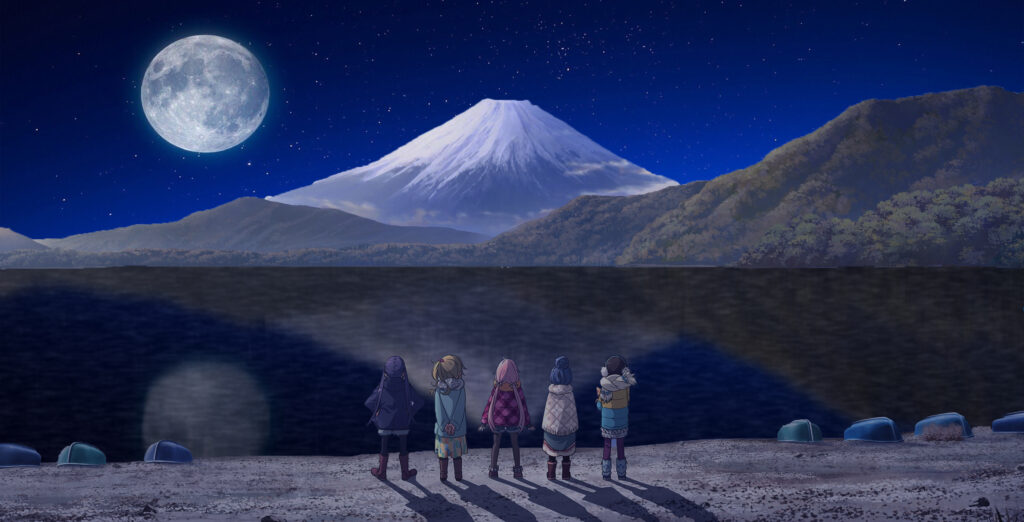 Yuru Camp Is a Lifesaver in a Lonesome COVID World

For the past year, a steady stream of anxiety has been echoing in the background of our lives. Most people have been in some form of quarantine since last March, and the constant uncertainty of what tomorrow will bring can be tough to deal with-, especially when many of our support systems are still compromised. We miss our friends, and we miss the ability to simply walk out the door and enjoy the things we once saw as mundane. For many, right now is about coping.

To be fair, we live in the best time to be stuck at home. Streaming services, internet access, books and magazines on our phones and tablets with a single click; we have plenty of things to keep us distracted.

The series we grew up reading and watching are the perfect security blankets, familiar and safe. Personally, the genre I’d run to when I’m stuck in a claustrophobic bubble? Slice of life. A slice of life series is straightforward. It’s easy. It’s smooth like butter, like lotion for the soul. It makes you feel like the characters are your friends, often instantly. It’s a warm hug on a cold, windy day.

In this pandemic specifically, Yuru Camp is the series we needed. And clearly, it’s a series we still need, as season two just hit television screens last week. One glance at the Twitter tag will prove its immense power: countless fans claim that it’s perfectly soothing, an instant escape, and describe it in a single word: cozy. It’s part of the subgenre of slice of life called iyashikei, meaning healing, that puts characters in calming environments. These works are created with the sole intention of putting the audience at ease. 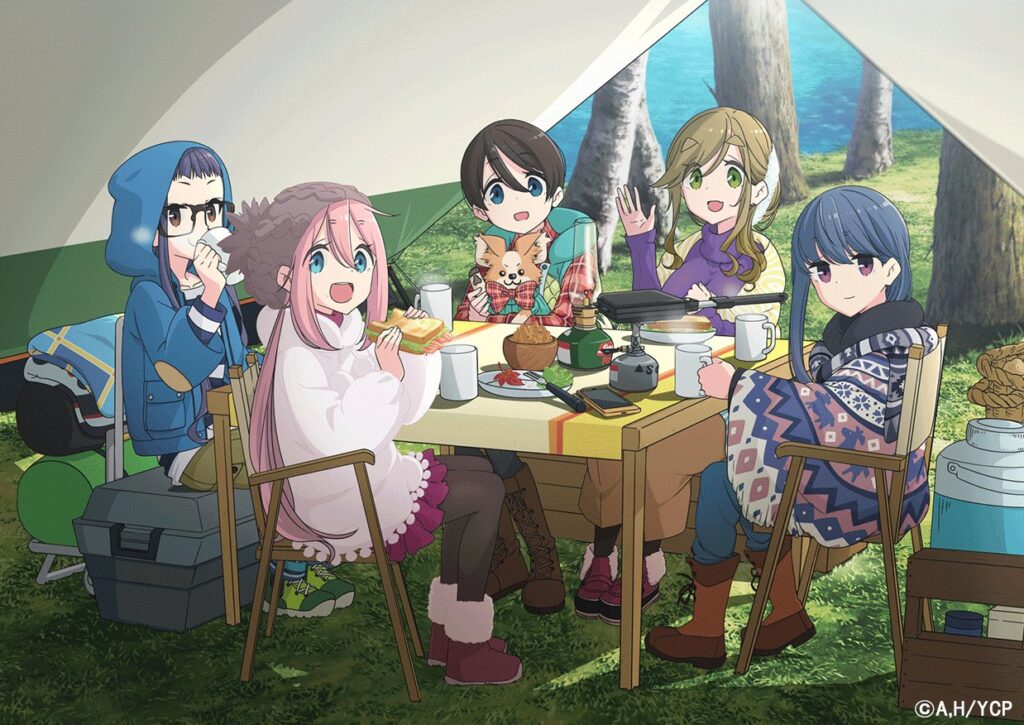 The story is almost comically simple: the airheaded Nadeshiko Kagamihara befriends the stoic Rin Shima, to find that the blue-haired girl is obsessed with camping alone. Joining the school’s camping club, Nadeshiko slowly learns the ins-and-outs of the hobby, falls in love with the outdoors, and goes on plenty of adventures with her new friends. That’s it. No heartache, no love triangles, no drama. Just some girls going camping in gorgeous Yamanashi prefecture, with some backdrops that will make your heart skip a beat.

Each episode has a few tips that aspiring campers can take to heart, and coming away, you feel you’ve just emerged from a warm bath… and also that you’ve learned a little something. The theme song is a peppy number, while the ending is more like a lullaby, with vocals gentle enough to make you want to close your eyes and dream of wide open fields and marshmallows over a campfire.

It’s cozy, but what makes it the perfect show for quarantine? Plenty of other slice of life series can put you at ease: School Babysitters and Lucky Star come to mind, both filled with mindless fun and adorable antics. But those series involve the spirit of togetherness at their core. Lucky Star wouldn’t be where it is without that famed Comiket episode, would it? The massive crowds were the joke: but today, massive crowds are the enemy. Seeing them, even in animation, is almost cruel, a reminder of where we want to be, but can’t reach. Right now, we’re on our own.

While there is a full cast of characters, Rin’s journey to go camping alone in peace is a constant theme. Some may actually be inspired to take up camping because of the series, as a way to escape from your homes responsibly, and to finally be able to change your scenery. It makes being alone look not like something to fear or resent, but something to cherish. 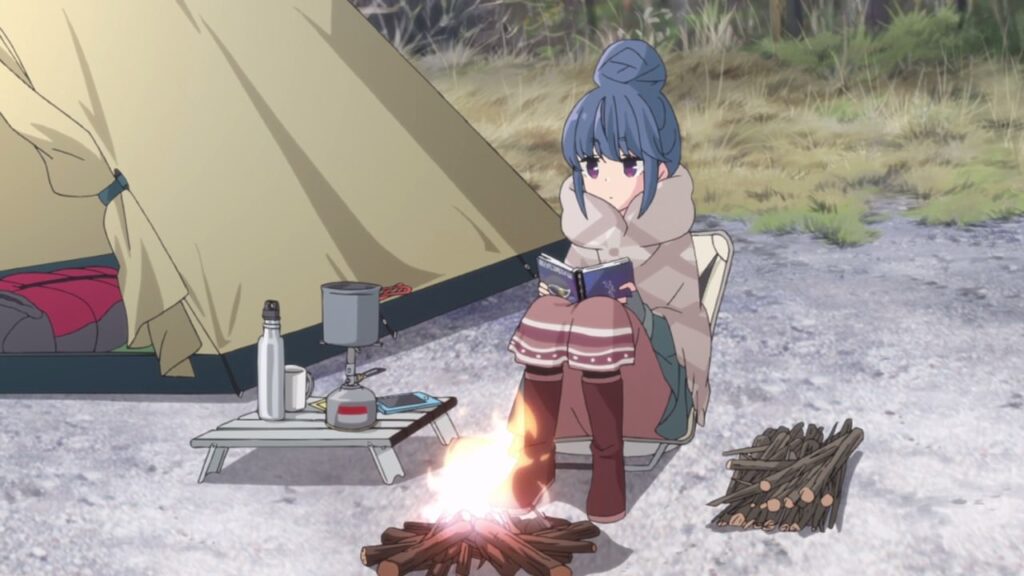 Imagine waking up to the sunrise over the mountains, with only the sound of rustling leaves to keep you company. Or imagine warming up your own curry over an open flame, book in hand as the sun sets over a vast shimmering lake.

These are things that this pandemic may not have stolen from us; depending on where you live, buying a tent and setting out may not be so far fetched. For some of us in bigger cities, it will have to wait for another day. But just having the reminder that life goes on outside these four walls is inspiring.

You can curl up in a mountain of blankets and watch Yuru Camp on Crunchyroll, with season two airing now. Don’t forget your cup ramen!