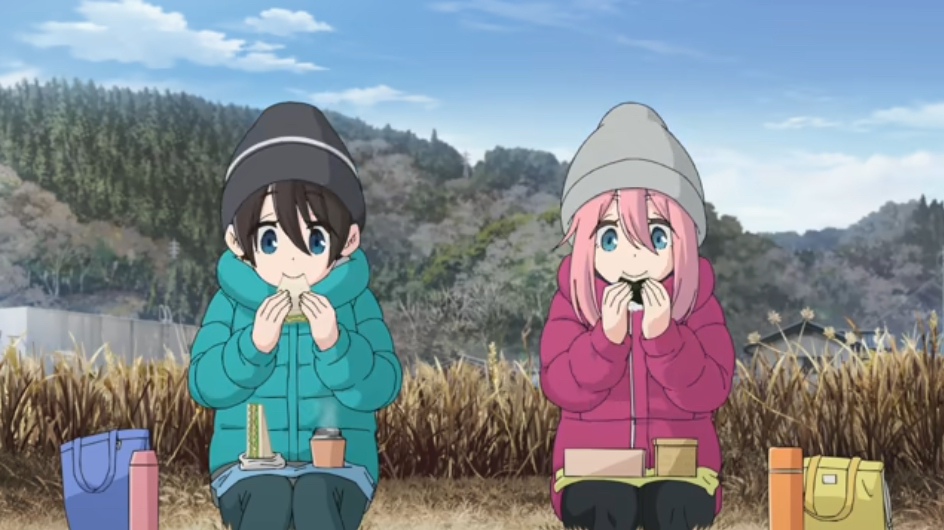 The series (also known as Laid-Back Camp) will also have a special pre-screening event at the end of this month.

However, since the main venue for the special event sold out already, let’s look at the new trailer, which features the new opening theme song by Asaka.

The Nagoya native also did the opening theme for the first season, “Shiny Days.”

The new theme song is titled, “Seize The Day,” and it has much of the same feel to it. (Ironically, the songs are a lot more peppy than the series itself.)

The new ending theme song, “Haru no Neighbor” (or “Haru no Tonari”) by Eri Sasaki, hasn’t been featured in a trailer yet. 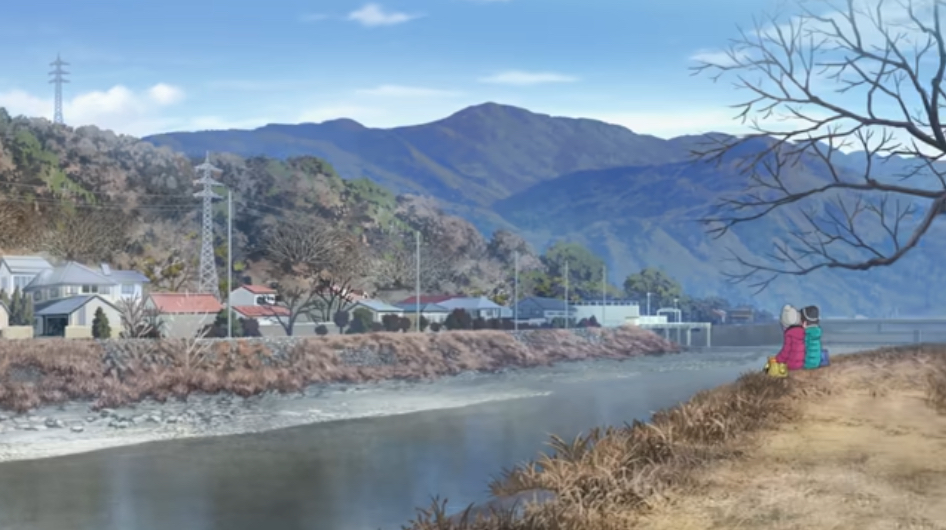 Even the new trailer looks relaxing and comforting. We see Nadeshiko delivering New Year’s cards, Nadeshiko and Ena Saito eating bento lunch together overlooking a river, Rin looking at the sea in Shizuoka, and the gang looking super happy to get new tents, among other things.

All things considered, it looks like more of the same outdoorsy humor, wonderful scenery, and laid-back atmosphere.

And as a fan of the show, I couldn’t be happier to know that this series will give us some much-needed laid-back entertainment when it returns in January 2021.

The first season of Yuru Camp started in January of 2018.  The series features a group of high school girls who make up the outdoor activities club.  They take camping trips, and go on other little adventures.

In January 2020, a spin-off series, Heya Camp (a.k.a. Room Camp), aired. It has the same feel as the main series, but with shorter episodes.

Room Camp featured a stamp rally in the area surrounding Mt. Fuji.  That rally inspired a real stamp rally to promote the region (and the series).

There has also been a live-action version of the series in Japan, although it doesn’t appear to have been brought over to the U.S.

A live, pre-screening viewing for the series will take place at Tokyo’s Marunouchi Piccadilly on Nov. 29.  The event will feature the cast of YuruCamp on stage. Asaka and Eri Sasaki will also sing the opening and ending theme songs.

Although the main venue is sold out, various movie theaters throughout Japan will stream the event. Tickets go on sale on Saturday, Nov. 14.  There will be special goods sold at the event as well.

other Jeremy Tauber 6 months ago