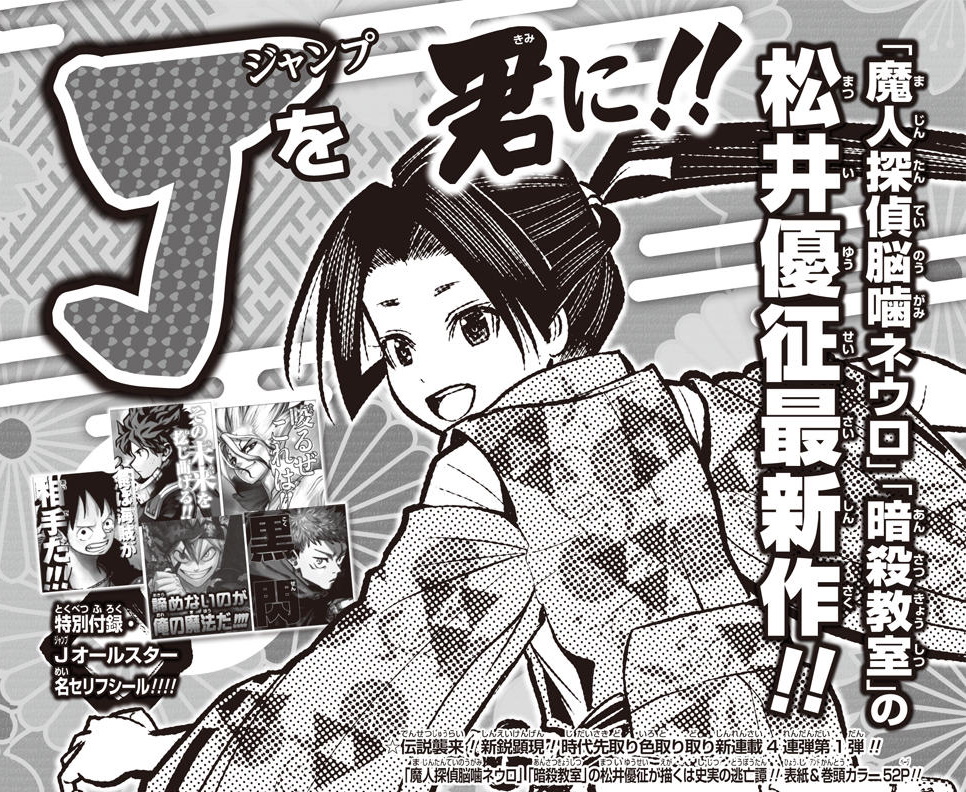 Weekly Shonen Jump is seeing in the New Year by bringing back some old faces. Yusei Matsui, author of such celebrated works as Neuro: Supernatural Detective and Assassination Classroom, will be returning for a new series alongside Kenta Shinohara, author of SKET Dance and Astra: Lost in Space, in Jump‘s latest January line-up changes. It’s pretty exciting, to be honest, and the best thing is that there are even more new series to look forward to!

Also returning in Weekly Shonen Jump will be Kazusa Inaoka, author of Kimi wo Shinryaku Seyo! and Bunkiten. That latter series was published exclusively in the digital version of the Japanese magazine, but turned out to be pretty solid. We’re especially excited to see what he does next with his new series Aiterushii, especially if it continues the shift away from love comedy when it debuts on 1 February.

The only series not penned entirely by an established author, in fact, is Kowloon Ball Parade. Launching on 15 February as the very last series in these latest January Jump line-up changes, it is written by Yuuki Kamata and illustrated by Ashibi Fukui. Fukui has had a couple of series published by Shogakukan (Ano Natsu – 1959 in Weekly Shonen Sunday and Real Deal Champion in Monthly Shonen Sunday/Gessan), but Kamata is a complete unknown. He won Shueisha’s Story King competition in 2019, though, so it’s safe to say that he has some talent. 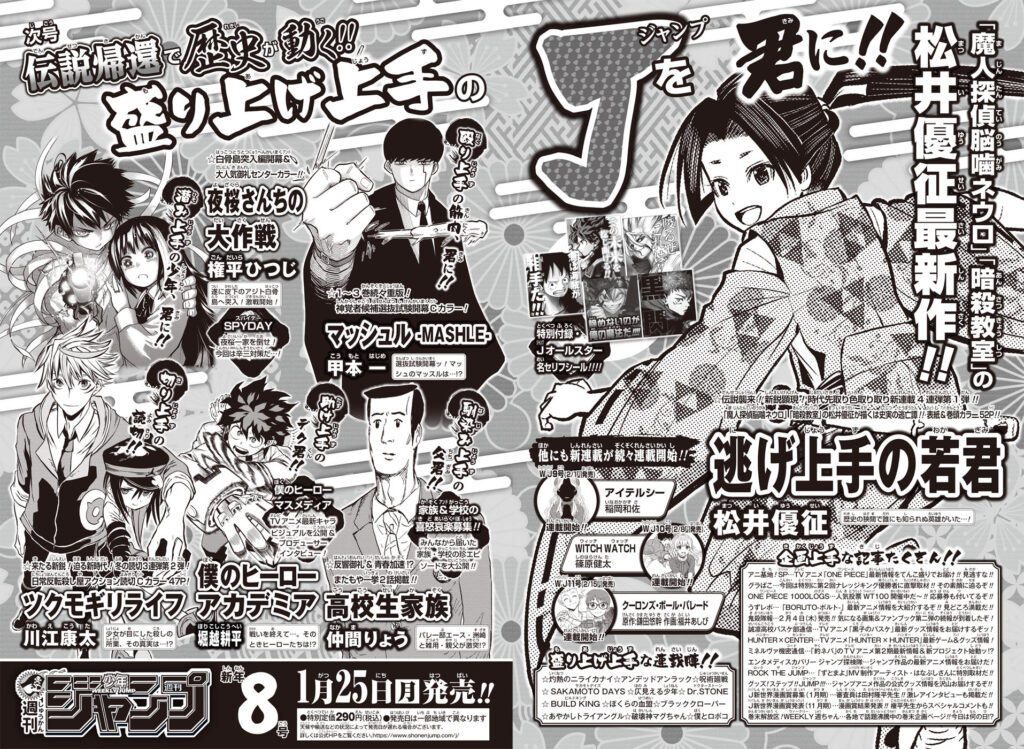 But enough of that: the real standout among these latest January Jump line-up changes is undoubtedly the fact that Yusei Matsui and Kenta Shinohara will be returning with Nige Jouzu no Wakagimi and Witch Watch, respectively. The importance of this cannot be overemphasized: both authors have contributed multiple successes to the Jump label over the years, and so momentous is the occasion that the next issue preview page embedded above carries the title ‘History moves with the return of legends.’ Indeed.

The contents of these two new series do, however, remain shrouded in mystery. Nige Jouzu appears to be based on a real-life historical story about a ‘prince who runs away,’ and Witch Watch might be the magazine’s latest attempt to capitalize on the success of Burn the Witch.

Who knows: we’ll just have to wait and see when these two series launch on 25 January and 8 February, respectively.