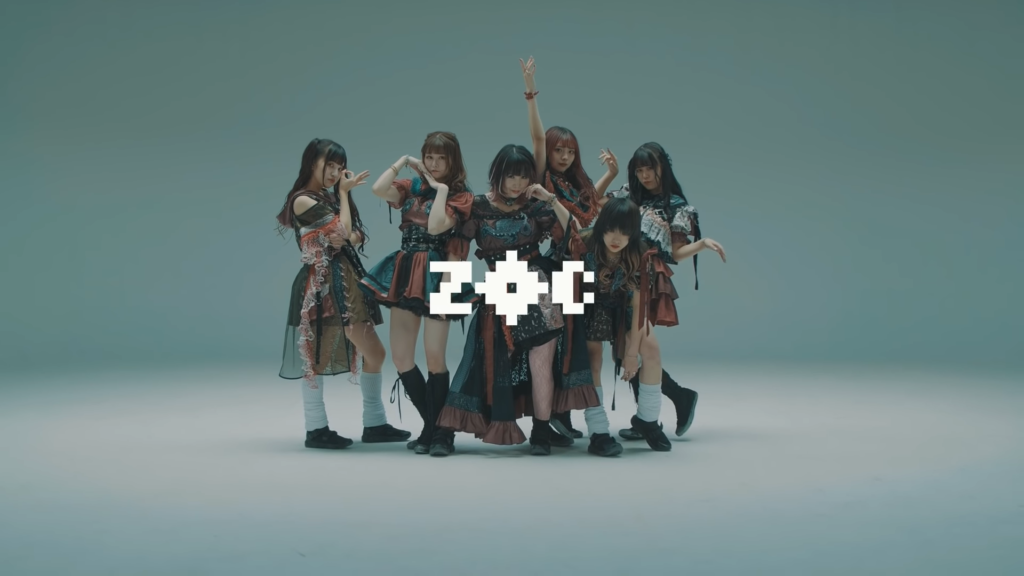 Earlier this week, ZOC released the music video for their debut single “family name”. While the group has been doing small performances since the end of last year, they’ve yet to release any full singles until now. The single will release on April 30 from T-Palette Records with a b-side called “CHU-PURI”. The group has already amassed a decent sized following on Twitter, although that’s not surprising considering the involvement of a certain, established member. Watch their first video below.

ZOC is a new idol-like group formed around the beloved alt J-Pop star Seiko Oomori. Not only is she performing as part of the group, but she’s also credited for writing the song and lyrics as well, at least for this debut single. I personally hope Oomori will be responsible for all the writing done with the group, seeing as she’s a very accomplished musician who leaves a unique touch on everything she does. The rest of the group is comprised of mostly up and comers; Karen Aizome, Kanano Senritsu, Katy Kashii, Marina Nishii, and Sayaka Unagi. For a first effort, “family name” is a fine start for these ladies thus-far.

The group bares several trademarks of indie idol units. There’s the absolutely fantastical outfits, probably custom made for each member, and as a well as a neat coordinated dance performance. The music itself is surprisingly not so sugary sweet nor computer generated. Don’t get me wrong, “family name” is definitely a catchy track, but that’s thanks to the power-pop styled rock instrumentation going on in the background. One other notable thing about this video; despite Seiko Oomori being the biggest name attached to the project, this video at least does a great job of not centering the group around her. All the girls seem to be getting an equal share in the spotlight.