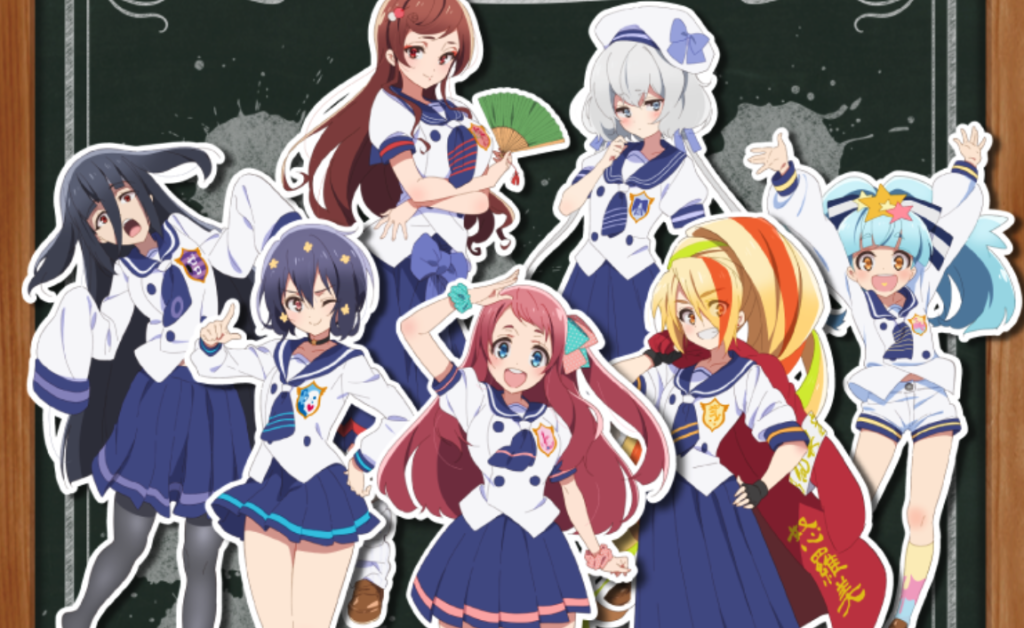 I recently had a chance to visit the Zombie Land Saga cafe that was held in both Ikebukuro in Tokyo as well as in Osaka during March and April, and overall had a rather enjoyable experience. The food was nice, the atmosphere was nice and, aside from my disappointment regarding the availability of some of the merchandise, was rather happy with the whole experience. However, if you wanted to try out the cafe for yourself, I’m afraid you may be sad to learn that both of those cafes were only open for a limited and have each closed down. Just in case you were disappointed that you missed out on that experience I’m happy to say there’s no need to fret since it is now known that a new Zombie Land Saga cafe experience will open in the heart of Akihabara later this month and run from May 23rd until June 23rd.

One thing that was a little disappointing about the cafe that I attended wasn’t the food (that was all rather nice), but the fact that this food felt like it missed an opportunity to link itself more closely to the anime’s content. By that I mean, it seemed like a huge missed opportunity to not have a chicken-based meal considering they spent one episode of the anime creating an advertisement for a fast food restaurant whose logo was a chicken, even if the meals they did have had a thematic link. Luckily, with this new Zombie Land Saga Akihabara collaboration cafe, those dreams have been answered. A burger is available as one of two main course choices for your visit alongside a Sicilian Rise salad, while one of the three desserts on offer is a parfait with an absolutely adorable chicken made out of ice cream on top. There’s also a range of special themed drinks available for each of our zombie idols in the show, each coming with a special coaster depending on the chosen drink, alongside another themed drink based on the Drive-In Tori episode and a range of alcoholic and non-alcoholic beverages that are also being sold there.

One more unique part of this cafe is the ‘Juke Box Rock On’. With each collaboration food item ordered, you will receive a randomly-designed request ticket. If you so choose, you can select a piece of Zombie Land saga music and write it down on this card alongside a personal message, which will then be read aloud by the Ani-on Station host before the song is played for the whole cafe if chosen. This will happen at certain times throughout the day, meaning you should hopefully have the opportunity to hear your song played if you’re lucky. Alongside that, a range of collaboration goods will also be sold, the contents of which are currently unknown.

This cafe will be held in Bandai Namco’s Ani-on Station in Akihabara, a rather new area within the electric town having only opened in 2016. It’s a rather big space with the capacity to hold 2 different cafe events simultaneously (for example, once this Zombie Land Saga cafe starts a currently-ongoing Detective Conan cafe will continue for part of its runtime before being replaced) and certainly is a step up from the nice if hidden space its last collaborative cafe was held within. To celebrate the cafe’s opening, on May 25th a special event featuring Kaede Hondo and Maki Kawase, the voice actors for Sakura and Junko respectively, will be held within the cafe itself. The cafe in Akihabara is another exciting collaboration for fans of Zombie Land Saga (I know I’ll probably attempt to visit it during its runtime) and is hopefully a sign that the show could potentially have more collaborations and maybe even another anime season in its sights at some point in the near future. At least, I hope that’s the case.