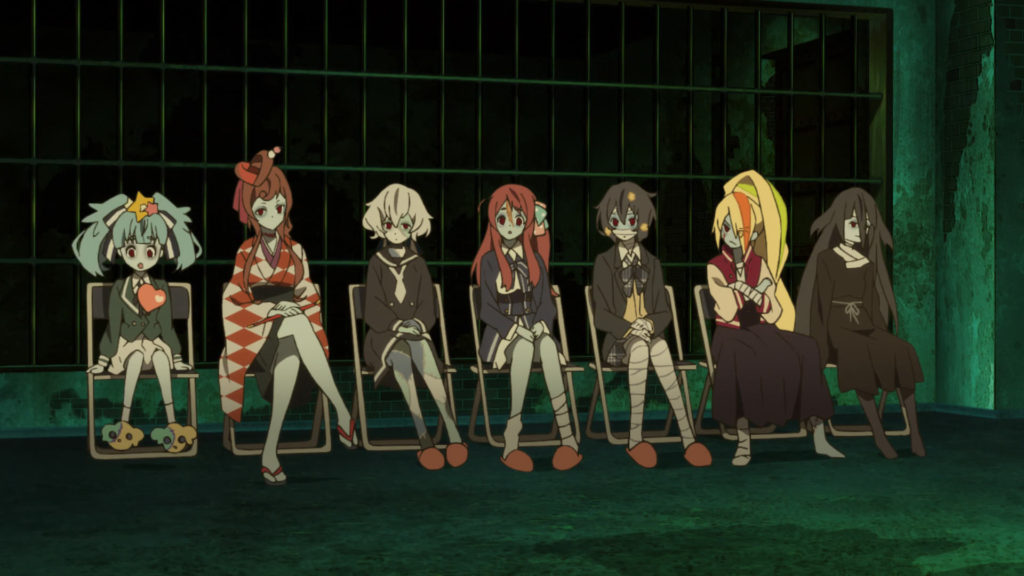 This weekend saw the massive family of Cygames properties descend on Makuhari Messe in Chiba for the annual ‘CygamesFes.’ And among the many properties there, from Granblue Fantasy to Uma Musume, there was definitely one which many had their eyes on – that of Zombieland Saga, who saw their zombie idol unit Franchouchou perform for the first time in concert.

Six out of its seven members performed many of the key songs shown of the series thus far, which at the time of writing is about to air its final episode. These include the insert songs “Mezame Returner” as well as the opening and ending songs “Adabana Necromancy” and “Hikara e.” Only Yamada Tae’s voice actor Mitsuishi Kotono was not present, although she did send a letter of support along with the anime’s director Munehisa Sakai.

For a first live, the reception from fans seems to be overwhelmingly positive, as many of those who had waited all day to see the debut concert of this rising star of the virtual idol world were not disappointed. They even nailed the strange yet enthralling robot walk from “Mezame Returner”, which is just one example of how the six girls absolutely nailed it. Safe to say, the atmosphere in the venue was electric.

One particularly interesting moment in the concert came during one of the first MCs. As you’ll know if you watch the show, the ‘saga’ in the title also refers to the setting of the show, that of Saga prefecture in Kyushu. It’s a pretty long way from Chiba, so when one of the members of Franchouchou asked if anyone had come from Saga, she was pretty taken aback when a fair few people waved their penlights and shouted in affirmation. I’m sure that Mamoru Miyano’s producer character Tatsumi Kotaro would be very proud that some people from his precious Saga made the long, long journey.

Furthermore, the final MC of the live saw each member give their farewells, and protagonist Sakura Kirishima’s voice actor Hondo Kaede very clearly expressed her desire for the series to continue further, into a “second, third season or even a movie.” Of course, it’s ultimately up to the producers at Cygames to decide what becomes of the series, but with the amount of attention and love the series has been getting this season, I very much doubt this’ll be the last we see of the zombie girls – especially as they gear up for their second live event this March, in Shinagawa.