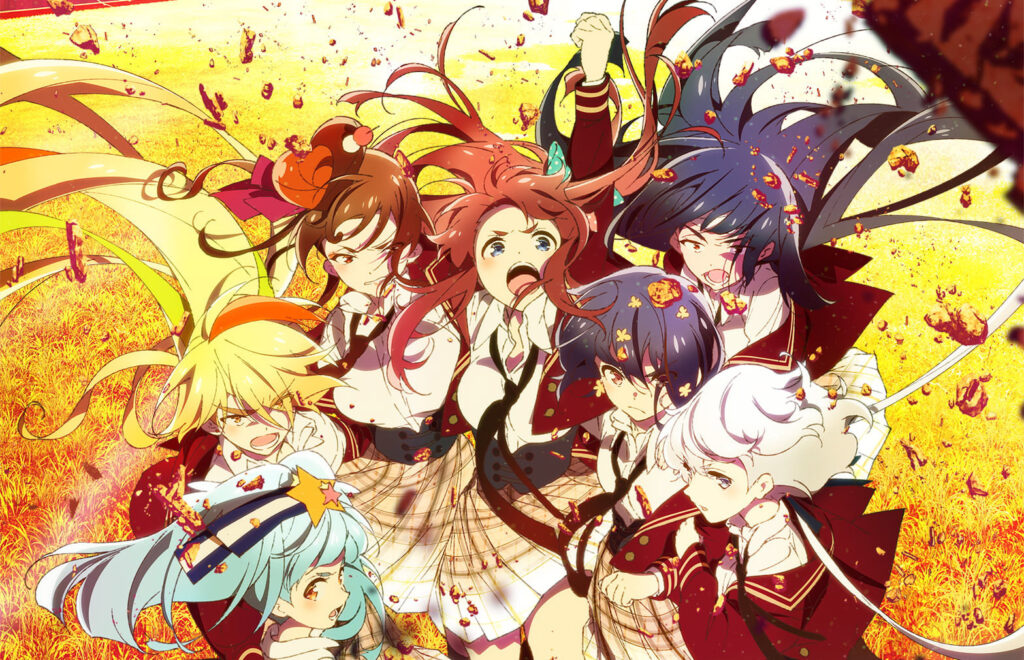 It’s been over two years since Zombie Land Saga premiered in October 2018 and rocked our socks off with its inventive, kooky take on the idol genre. A sequel project was subsequently announced, but any concrete information on it has been pretty sparse. Voice actor Mamoru Miyano then donned his Koutaro costume to announce that something would be happening at midnight on 1 January. Now that the stream is over, we know that Zombie Land Saga Revenge will be coming in April 2021.

Seriously, that’s just about it. I was expecting something a little more drawn-out, perhaps a bit of pre-recorded segment with the voice cast and Mamoru Miyano, but nope: just a PV, key visual, and a release date. At least Studio MAPPA is straightforward.

That PV in question is pretty interesting. Although it’s only two minutes long, it provides plenty of story hints for fans to chew on, such as the fact that Saga may or may not have been hit by some sort of natural disaster. After all, it does open with the line ‘We weren’t able to save Saga’ and also features shots of a destroyed town… that might constitute the ‘revenge’ in Zombie Land Saga Revenge, especially if the prefecture doesn’t get enough money to rebuild properly.

There’s also a poster for what appears to be another idol group at 1:39, which may end up being a rival for Franchouchou. If there’s one trope of the genre that the series hasn’t explored yet, it’s a group rivalry, so such an addition would feel quite natural for Zombie Land Saga Revenge.

Penciling in an April 2021 release date is also pretty gutsy. Already, the studio has Yasuke to produce for Netflix in the spring and Idaten Deities in the Peaceful Generation (Heion Sedai no Idaten-tachi) in the summer, alongside the boatload of projects it has already committed to (Attack on Titan: The Final Season and Jujutsu Kaisen will continue into the winter). As usual, the studio is taking on a bunch of work and announcing release dates quite close to the deadline, which hopefully isn’t a sign of disorganization.

Zombie Land Saga Revenge will premiere in April 2021. According to the series’ official Twitter account, there’s also more information coming tomorrow, so keep your eyes peeled until then.