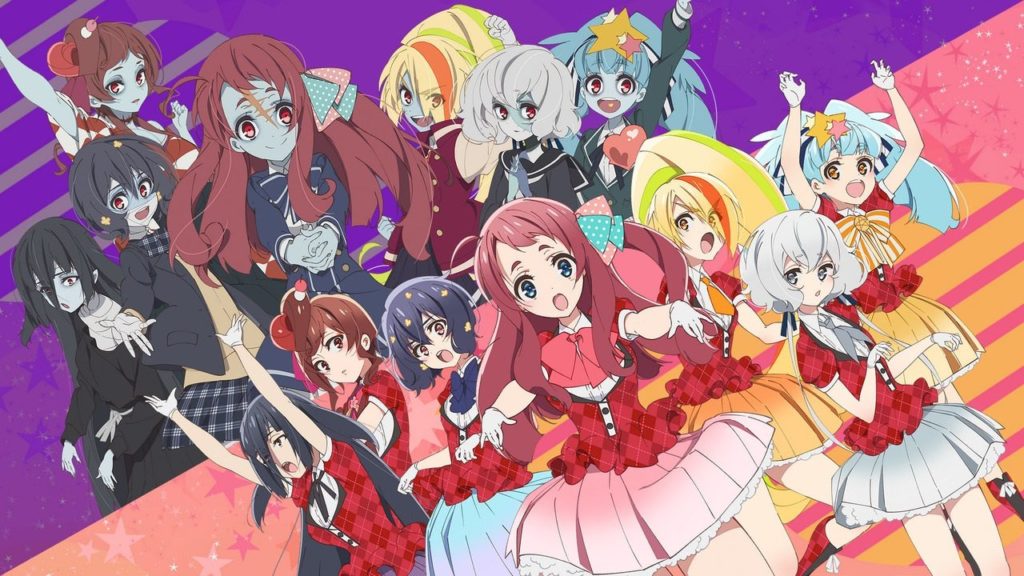 Zombieland Saga: What Is It and Where Should I Start?

Are you a fan of zombies? Are you a fan of idol groups? Then it’s time to check out Zombieland Saga, an anime about zombies turned idols, and about a group that you never knew you needed, until now.

The series follows a star-struck aspiring idol, Sakura Minamoto. Sakura is determined to do anything to make her dreams come true, except that is, remember to look both ways before crossing the street. She is suddenly and tragically hit by an on-coming truck and killed, only to wake up ten years later as a zombie who learns she has been brought back to perform in an all-zombie idol group.

She has to bring together the other characters, including Saki Nikaidou, Tae Yamada, Lily Hoshikawa, Yuugiri, Ai Mizuno, and Junko Konno to become the greatest idol group, Franchouchou. Together with their abrasive manager Koutarou Tatsumi, they go through (some unconventional) steps to making their dreams come true.

However, just like any idol group has to maintain a proper public image, they have to keep their zombie identified private.

The Zombie Land Saga characters are definitely relatable, despite being zombie idols and everything. The overall messages of friendship, not giving up, and believing in your cause are not lost here. 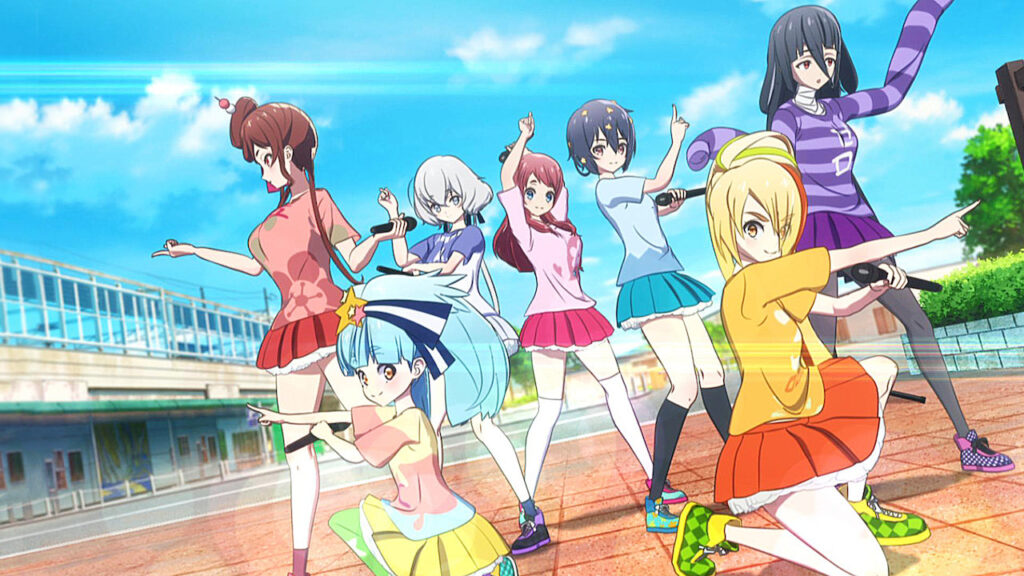 Who Are the Zombieland Saga Characters?

Not much is initially known about the producer that runs Franchouchou. He is extremely self-absorbed, mean spirited, and shouts almost every word he says. (Sometimes through a megaphone.)

He is responsible for the group forming, I mean, getting resurrected from the dead without their consent. 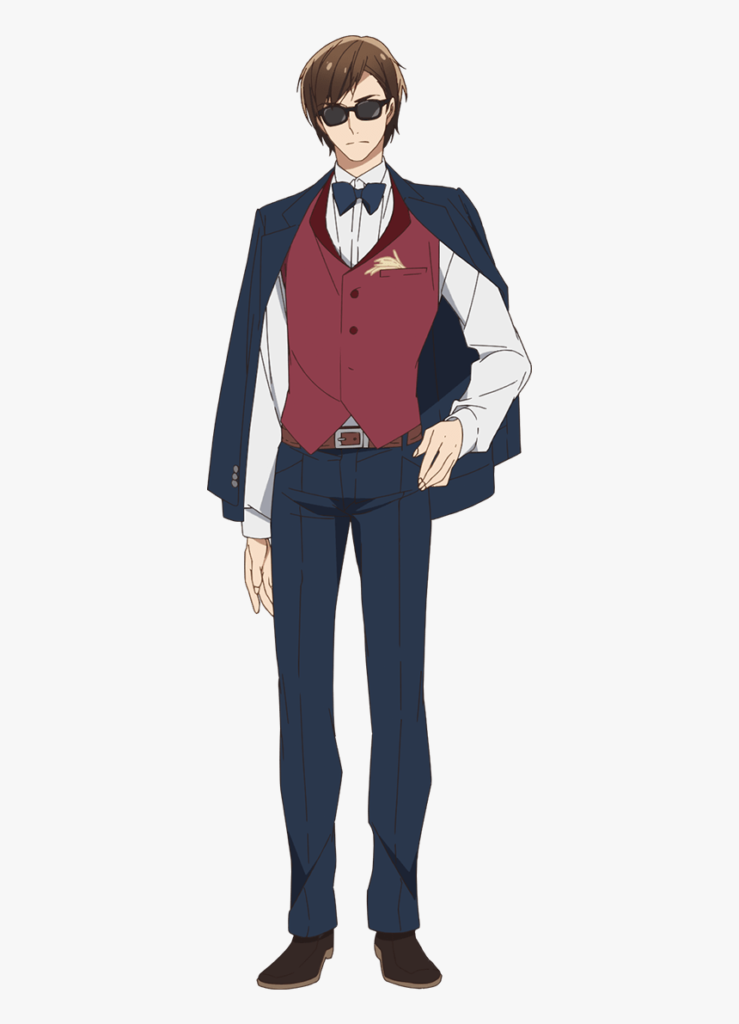 Before her death, she was a normal student who aspired to be an idol someday. She is sweet, usually optimistic, a hard worker and a passionate soul. 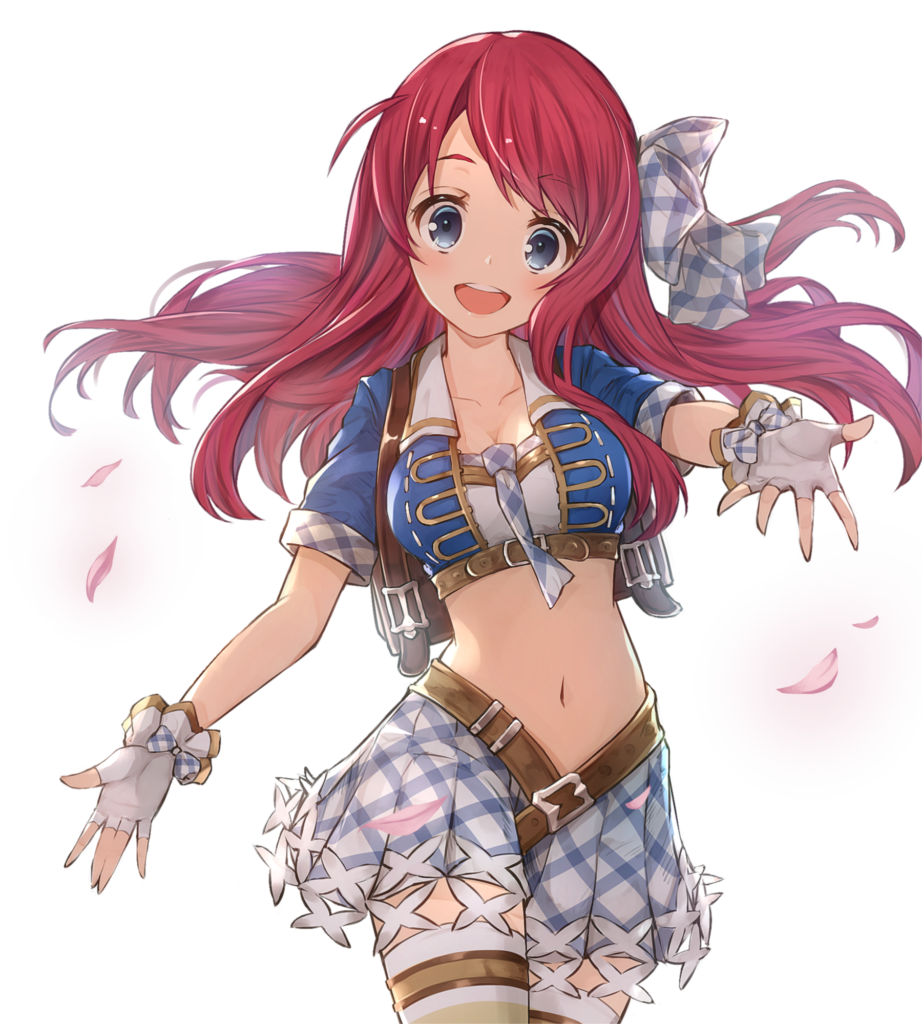 She is the famous bike gang leader of the group ‘Dorami’. She is extremely rebellious, brash, assertive and sentimental. She really likes Tamagotchi pets. 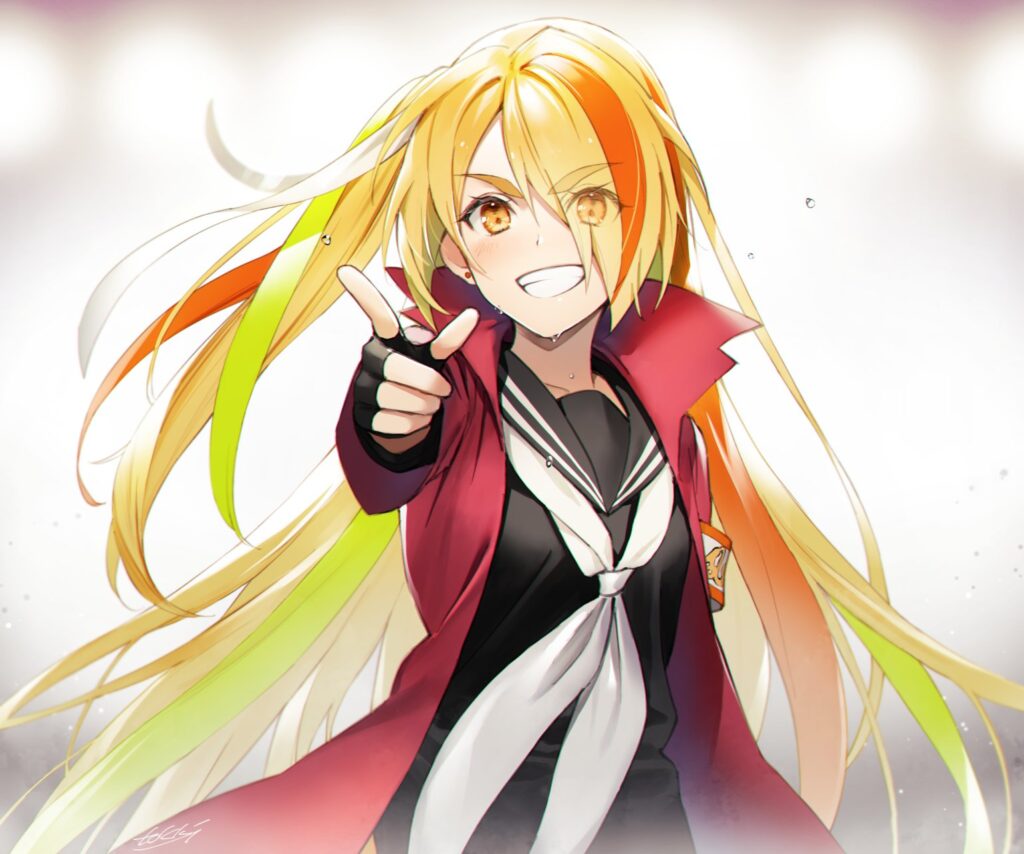 Lily has a cute, bubbly personality. She is a bit vain, but mostly self-assurant. Lily made history for being one of the few canonically trans characters in anime. During her life, she was a child star. 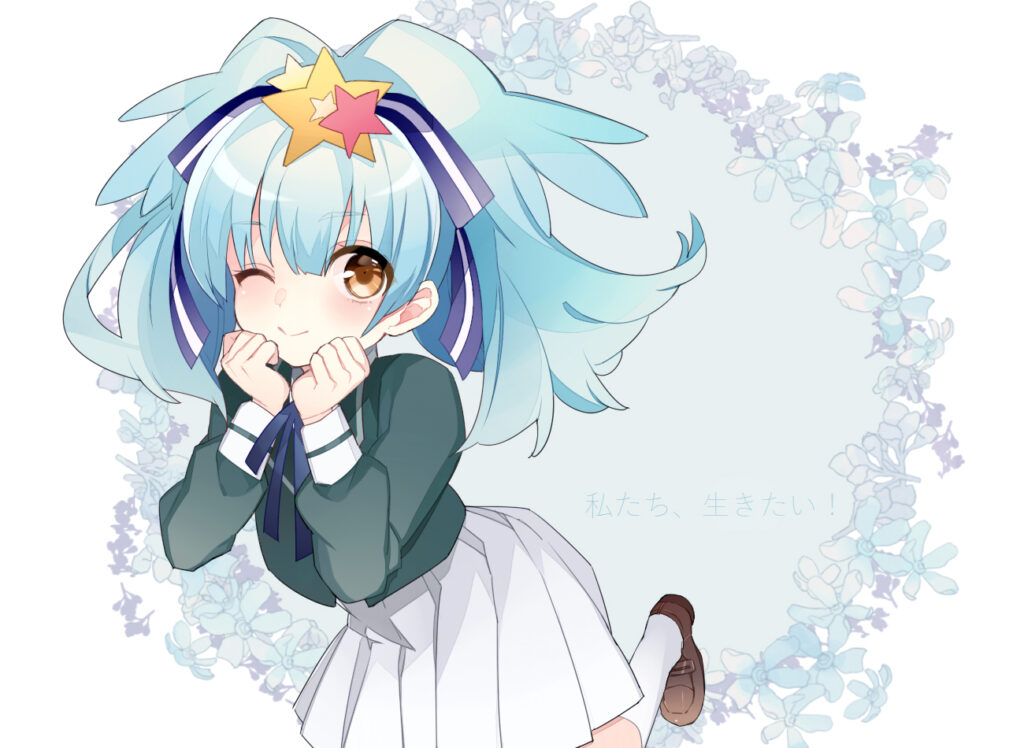 Junko is famous for starting the idol boom in the 80s. Her personality can be fairly reserved and serious. She is extremely hardworking and a talented singer. However, she does struggle with dancing. 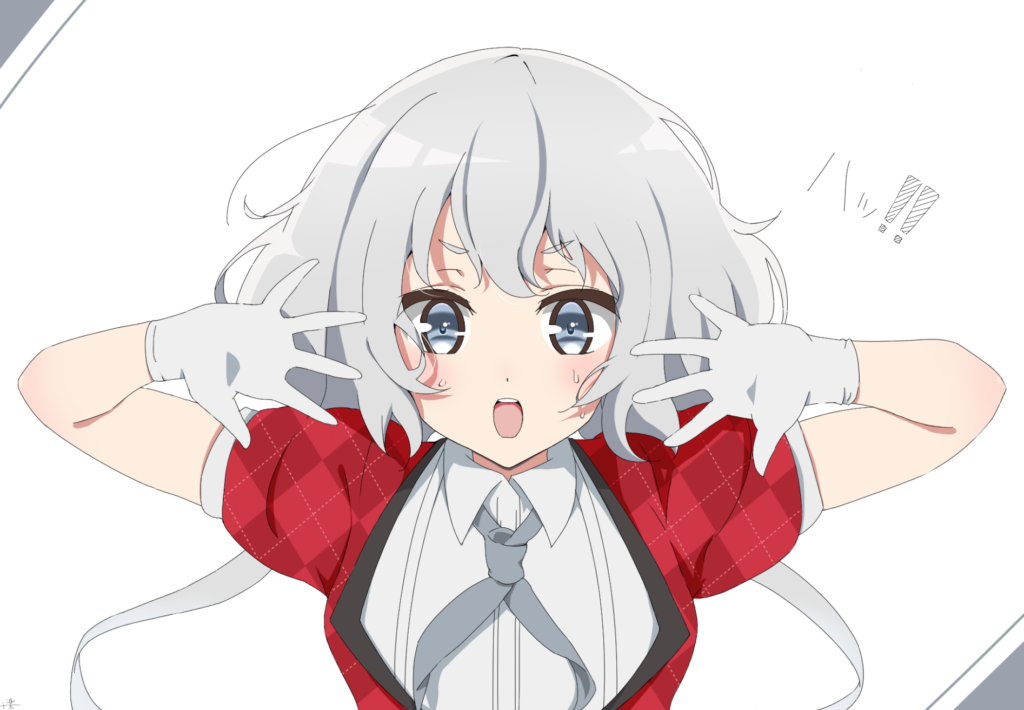 Ai Mizuno was a member of the famous idol group Iron Frill. She was Sakura’s role model while they were both alive. Ai is one of the more outspoken members of the group, frequently drawing criticisms to their producers’ crazy schemes. She has a softer, more vulnerable side the more the series goes by. 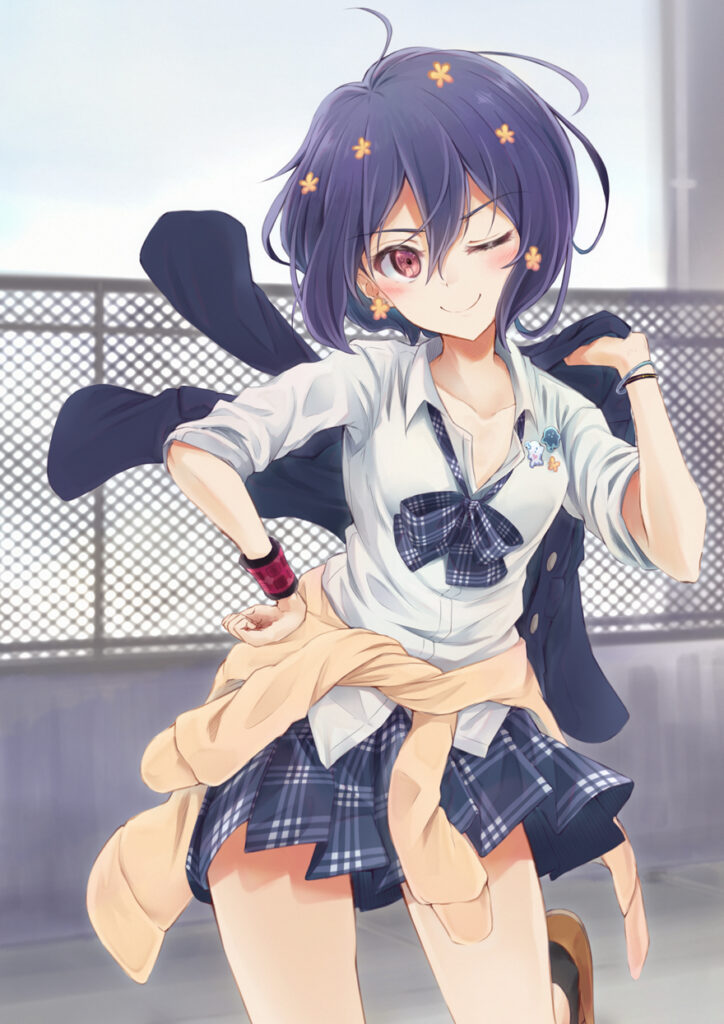 Yuugiri is extremely ladylike and mature. She was a renowned courtesan in her former life. She has a ‘big sister’ type personality to all of the other girls. 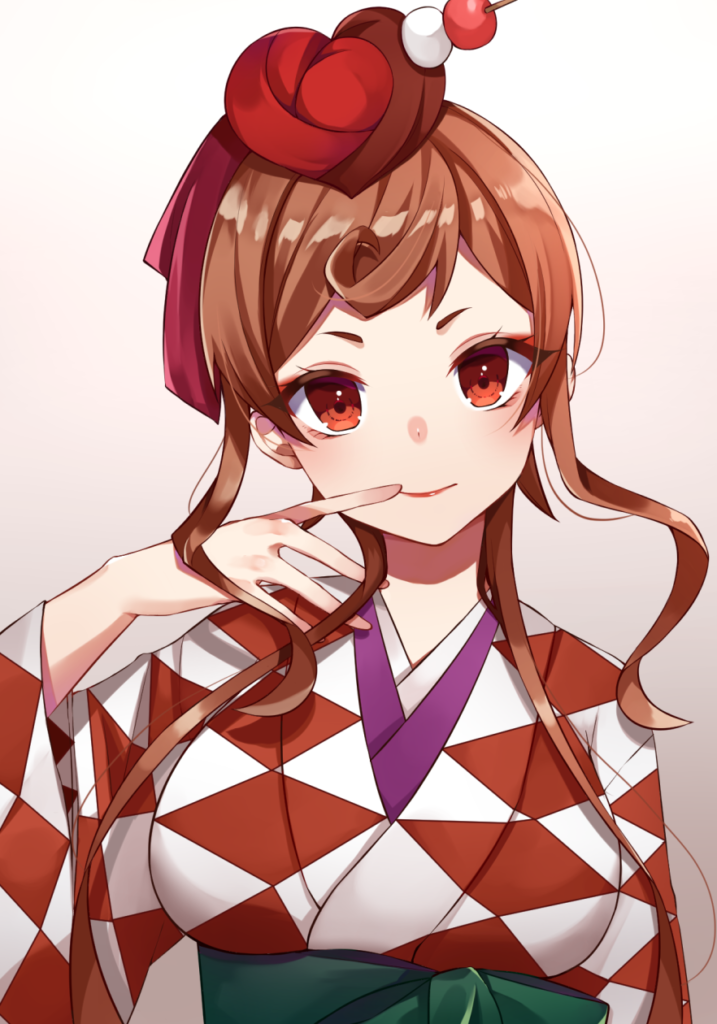 She serves as a comic relief character to the group. She mostly communicates through a series of grunts and arm failing. Despite that, she isn’t bad at performing as an idol. 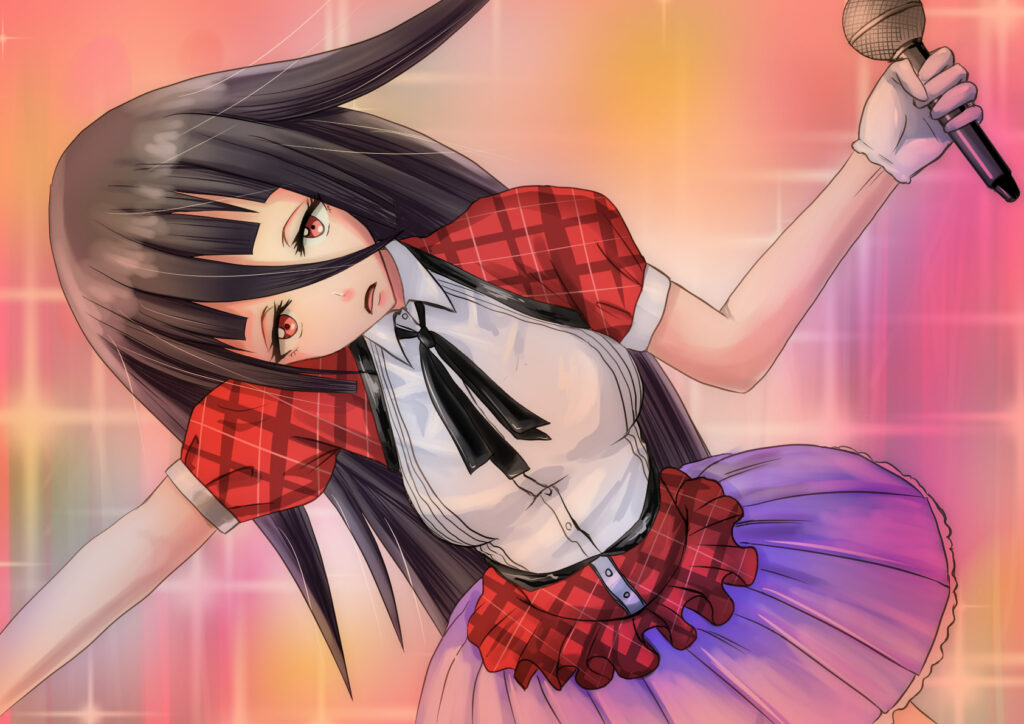 This character was named after the director George A. Romero, famous for his zombie movies. 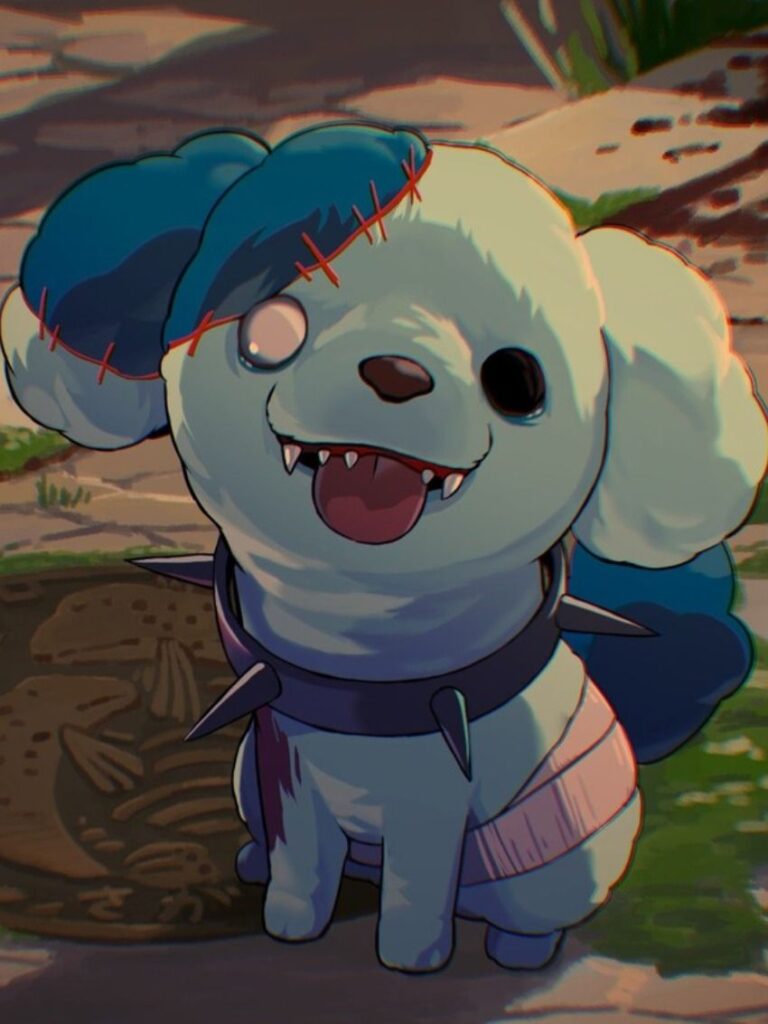 What Should I Know About Zombieland Saga

The hit series was animated by studio MAPPA. MAPPA has also delivered the world other great anime, such as the Kakegurui series, Yuri!!! On Ice, and Banana Fish.

The anime first started airing in October 2018 and ended December 2018, and during its run in Japan, the series was simulcast with subtitles by Crunchyroll and dubbed by Funimation. Zombieland Saga won the Tokyo Anime Awards Festival award in 2019 for Animation of the Year.

Cygames made the announcement about the series, in a collaboration with Avex Pictures during the summer of 2018. The anime is written by Shigeru Murakoshi and directed by Munehisa Sakai. The character designer is Kasumi Fukagawa, with art direction by Kazuo Ogura. The color designer is Azusa Sasaki, Takashi Yanagida is the director of photography and Masahiro Goto was the editor of the show.

In Autumn 2018 there was an announcement that Megumu Soramichi would be drawing the manga adaptation of the anime series.

On 27 July 2019, the actor Hakuryu broke the news of a Zombieland Saga sequel. The continuation, Zombieland Saga: Revenge will follow the ongoing journey of the girls from the group Franchouchou.

This occurred during the Zombie Land Saga LIVE IN SAGA Japanese matsuri event.

As a teaser for what’s to come from the famous MAPPA Studio, a key visual was also shared on the social media platform Twitter. The poster features the main character Kotaro Tatsumi (voiced by the famous Mamoru Miyano) revealing his chest with his arms over his head. 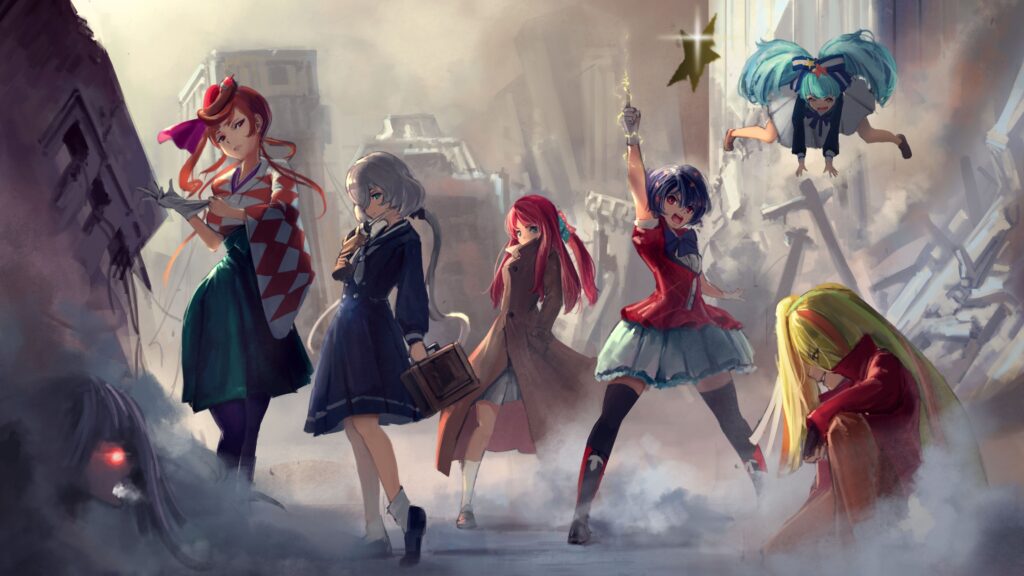 The Zombieland Saga soundtrack is one of the most popular aspects of the anime. With many famous voice actors (especially those with a track record of doing the voice for idol characters) on the album, you wouldn’t expect any less. The voice actors all even performed live in concert together.

In true theme to the show, both the opening theme song ‘Adabana Necromacy’ and the ending music ‘Hikari E’ are sung by the members of Franchouchou.

Yasuharu Takanashi is the composer for the music of the anime. (He is famous for composing soundtracks for Bishoujo Senshi Sailor Moon Crystal, Fairy Tail, and many more.) Dugout is the sound producer.

The anime has helped the real-life Saga prefecture get more famous. Anime News Network has even pointed out that its governor has joined in the fun.

A live-action program played on TVQ Kyushu Broadcasting, and it gives fans of the anime a tour of the IRL locations used in the series.

London Atsushi’s Zombieland Saga Holy Land Pilgrimage Tour had Atsushi Tamura from the comedy duo London Boots Ichi-gō Ni-gō as the host, along with the actor Hideki Morimoto, and the announcer of TVQ, Kana Yamazaki. The narrator for the show will be Kaede Hondo. She is the voice actress who plays the lead character, Sakura Minamoto.

The locations they visit are:

If that’s not enough, there’s a website that shows off all of the real-world locations too.

There is a stage play called Zombieland Saga Stage de Do-n!. A visual was released that shows the actresses in full costume.

The cast is as follows: 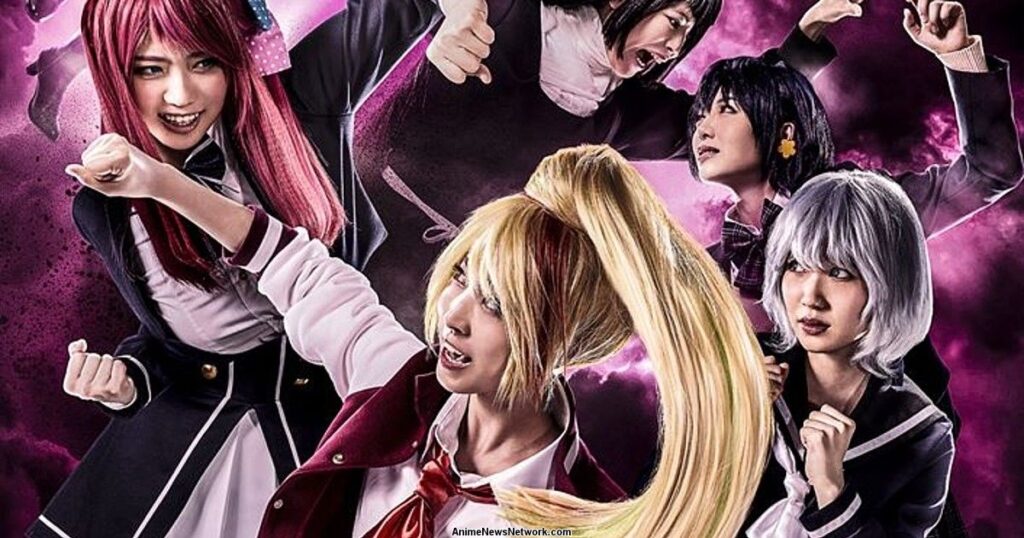 Where To Watch Zombieland Saga

Want to watch Zombieland Saga? Here are your options. Crunchyroll has put up the entire series, as they simulcasted the episodes while it was airing. Funimation also made the anime available through its services via simuldubbing.